US Has Delhi in a ‘Dilemma’: Former Indian PM's Advisor on US Threat of Sanctions over S-400 Deal 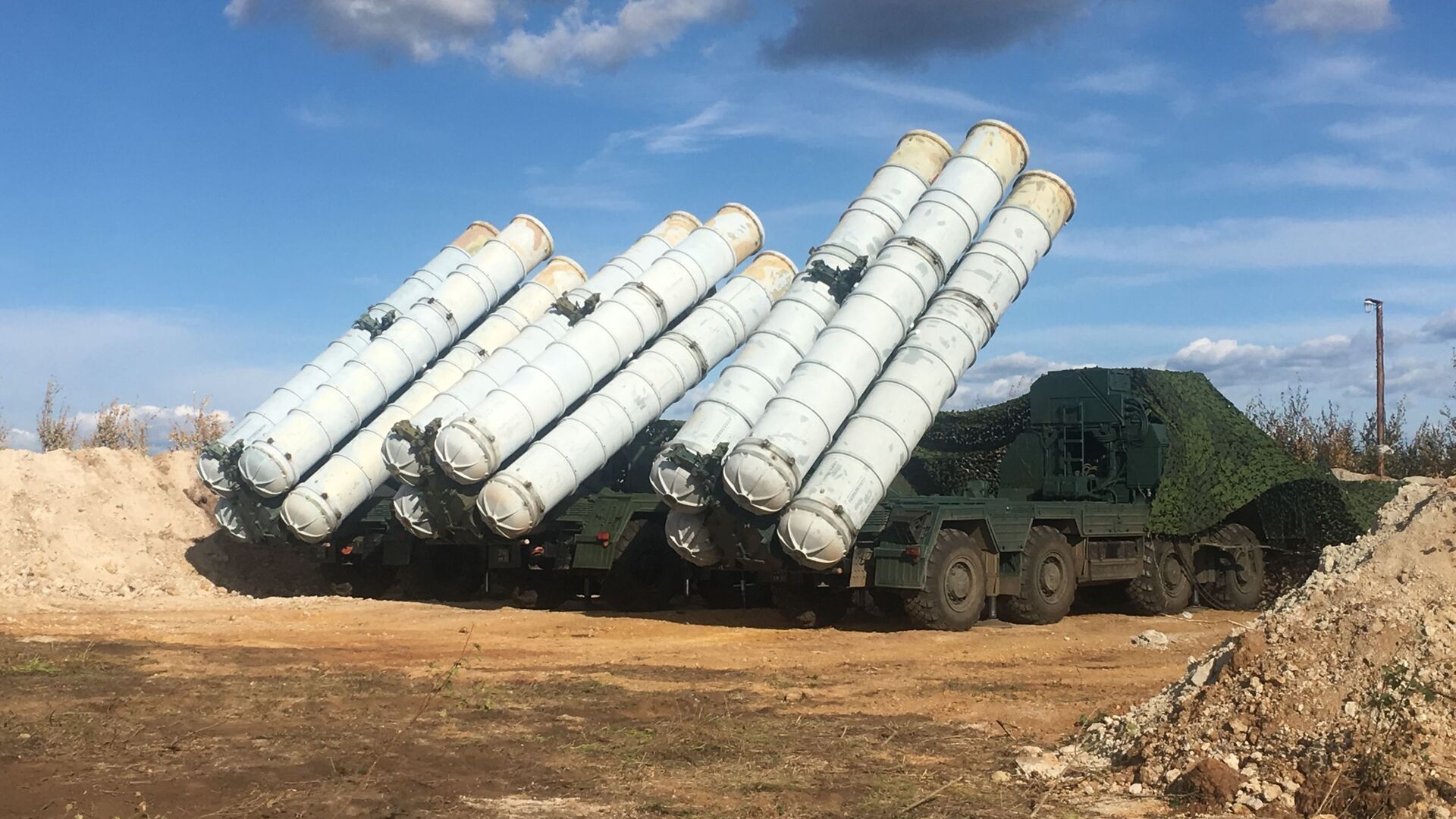 © Sputnik / Russian Ministry of Defence
/
Go to the mediabank
Subscribe

Dhairya Maheshwari
All materials
In his first visit to India last week, the US’ new Defence Secretary Lloyd J Austin indicated that Washington could go ahead with imposing sanctions on New Delhi under the Countering America’s Adversaries Through Sanctions Act (CAATSA) if the Narendra Modi government went ahead with the proposed purchase of S-400 air defence missile systems.

US Defence Secretary Lloyd J. Austin made his first visit to India last week, and Washington has called upon New Delhi to scale down its relations with Russia. A particular focus during Austin’s visit was New Delhi’s proposed purchase of Russian-made, state-of-the-art S-400 ‘Triumf’ air defence missile systems, touted as the most advanced of their kind in the world.

“… we certainly urge all our allies and partners to move away from Russian equipment,” Austin said when asked by a media person in New Delhi if he had discussed the prospect of imposing sanctions on New Delhi if it goes ahead with the $5.43 billion deal to acquire five S-400s.

Austin further revealed that he had raised the matter with his Indian counterpart Rajnath Singh, a revelation that triggered criticism among Indian analysts about the US trying to dictate Indian foreign policy.

Sputnik caught up with Sanjaya Baru, an Indian policy analyst and advisor to former Indian Prime Minister Manmohan Singh, to know his views on the US demand that New Delhi distance itself from Russia.

Sputnik: US Defence Secretary Lloyd Austin has asked India to move away from Russian defence equipment, including the S-400 systems. Given the proximity between India and the US in recent months, how do you see New Delhi reacting to this demand? Does it present a strategic dilemma for New Delhi?

Sanjaya Baru: This is a dilemma for India, not just because of US sanctions but also because China has decided to acquire the same. On the other hand, given the capability of the S-400 missile system, India would benefit unless the US can offer an equally good or better system on the same terms that Russia is offering. We have to wait and see what happens.

Sputnik: Has India's traditional non-aligned policy been somewhat compromised, if seen in the context of the first-ever Quad leaders' summit, amid concerns expressed by Moscow over the four-nation grouping evolving into a NATO-type alliance?

Sanjaya Baru: Non-alignment was relevant for the Cold War of the past. In an increasingly multi-polar world, India wishes to follow a policy of "multi-alignment", working with several major powers. Quad has been necessitated by China's new policy of assertiveness under Xi Jinping. Before President Xi turned aggressive against India, we stayed away from the Quad. The Quad is the Indian response to China under Xi.

Sputnik: How justified are concerns that the US is being allowed to dictate India's foreign policy? India drew down its oil imports from traditional ally Iran under the Donald Trump administration. Now, it is being pressured to tone down its defence ties with Russia.

Sanjaya Baru: No one can dictate foreign policy choices to India. Indian foreign policy seeks to defend Indian interests. In all policy areas, there is always some give and take. From time to time, countries pursue different policies that best serve their national interests at that point in time.

Sputnik: How do you see the differences between China and India being settled? Is the US a reliable partner for India when it comes to helping it out with Beijing? Or could New Delhi solely rely on the US in maintaining a balance of power in its neighbourhood?

Sanjaya Baru: India-China relations can only be improved through a dialogue between the two. No third country can do much to improve or worsen these relations. India is working with several countries to ensure peace and stability in its wider neighbourhood, including Quad countries and some EU countries, and Russia. India also has good relations with several ASEAN (Association of South-East Asian Nations) countries and the Gulf Cooperation Council (GCC) that are important to stability in the Indian Ocean region.

Sputnik: You have had the privilege to serve as a media advisor to previous Indian Prime Minister Manmohan Singh, at a time when the India-US civil nuclear agreement was being finalised. There were concerns expressed at the time by the ruling Congress-led United Progressive Alliance's (UPA) Left coalition partners over India’s growing proximity to the US.

How differently did the Congress-led government balance its ties between Russia and the US, than what we are witnessing under the Prime Minister Narendra Modi? Are accusations that India is turning into a junior partner of the US valid enough?

Sanjaya Baru: India is nobody's "junior partner". The India-US civil nuclear energy agreement was in India's interests and not against anybody. It allowed even Russia to engage India more in nuclear energy. Even Russia wanted the deal done. Only China and Pakistan lobbied against it. Finally, even China supported India getting the Nuclear Suppliers Group (NSG) waiver in 2008.

The Left parties took a purely partisan view of the deal. In fact, they were internally divided on the matter and finally took a wrong turn withdrawing support for Prime Minister Singh.