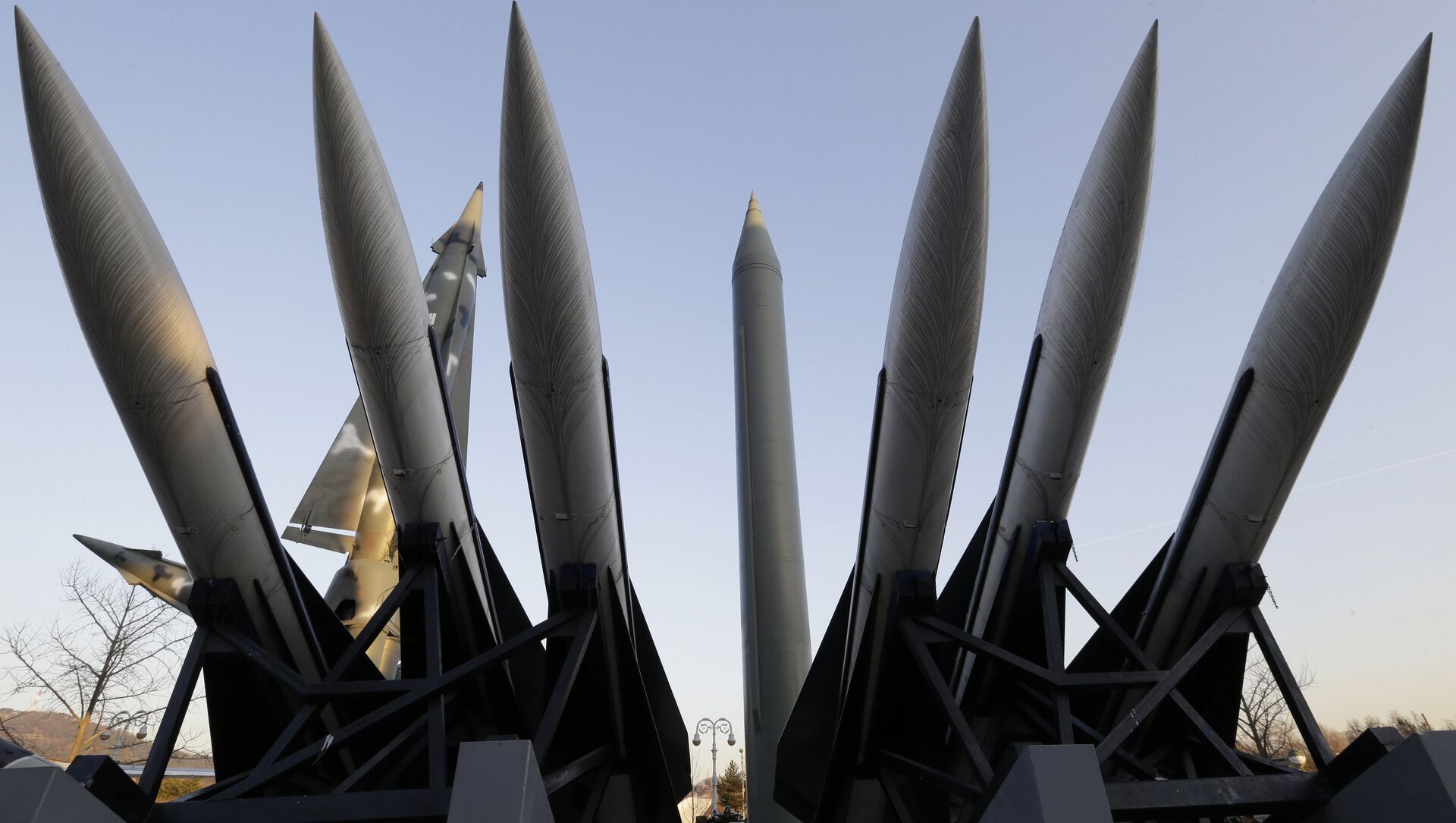 Daria Bedenko
All materialsWrite to the author
While the Biden administration has not yet rolled out a strategy for North Korea, saying that it is "reviewing" its approach to Pyongyang, the United States has recently renewed military exercises with South Korea - a move that quickly prompted criticism from the DPRK.

North Korea launched several short-range missiles over the last weekend, shortly after condemning the resumption of regional military drills between the US and South Korea, The Washington Post reported on Tuesday.

Pyongyang has not officially commented on the report, while Pentagon spokesperson John Kirby declined to comment about allegations that DPRK missile launches were conducted over the weekend.

"I have nothing for that right now," Kirby said during a Tuesday press briefing.

The reported missile launch came after Pyongyang denounced recently-renewed US regional military drills with South Korea. Kim Jong Un's sister, Kim Yo Jong, reportedly colorfully warned the Biden administration to refrain from "causing a stink" if it wanted peace in the region.

According to the WaPo report, the DPRK missile launches were predicted by US defense officials, who said that more missile launches could be "days away" and urged more action to ensure the denuclearization of the Korean peninsula.

“There is an urgent need to re-engage with the North because Pyongyang continues to amass more plutonium for nuclear weapons,” Darryl Kimball, executive director of the private Arms Control Association, told the outlet. “The sooner the better.”

Reports of North Korean missile tests come as the Biden White House remains reluctant to share how it will approach relations with the DPRK, with US Secretary of State Anthony Blinken only saying that the strategy is being "reviewed".

Biden, who is known to have called Kim Jong Un a "thug", declined to meet Kim unless the DPRK abandoned its nuclear program. The Biden adminstrationm continues to "reach out" to Pyongyang, as it as since mid-February but, according to the White House, has received no response.

A DPRK first vice foreign minister, Choe Son Hui, confirmed US attempts to contact Pyongyang, but outlined that no dialogue would occur unless Washington "rolls back its hostile policy towards the DPRK".

“We don’t think there is a need to respond to the US delaying-time trick again. We will disregard such an attempt of the US in the future too", Choe said, insisting that the White House step away from what she characterized as its "lunatic theory of [a] 'threat from North Korea'" and its demands for the state to scuttle its nuclear weapons program.