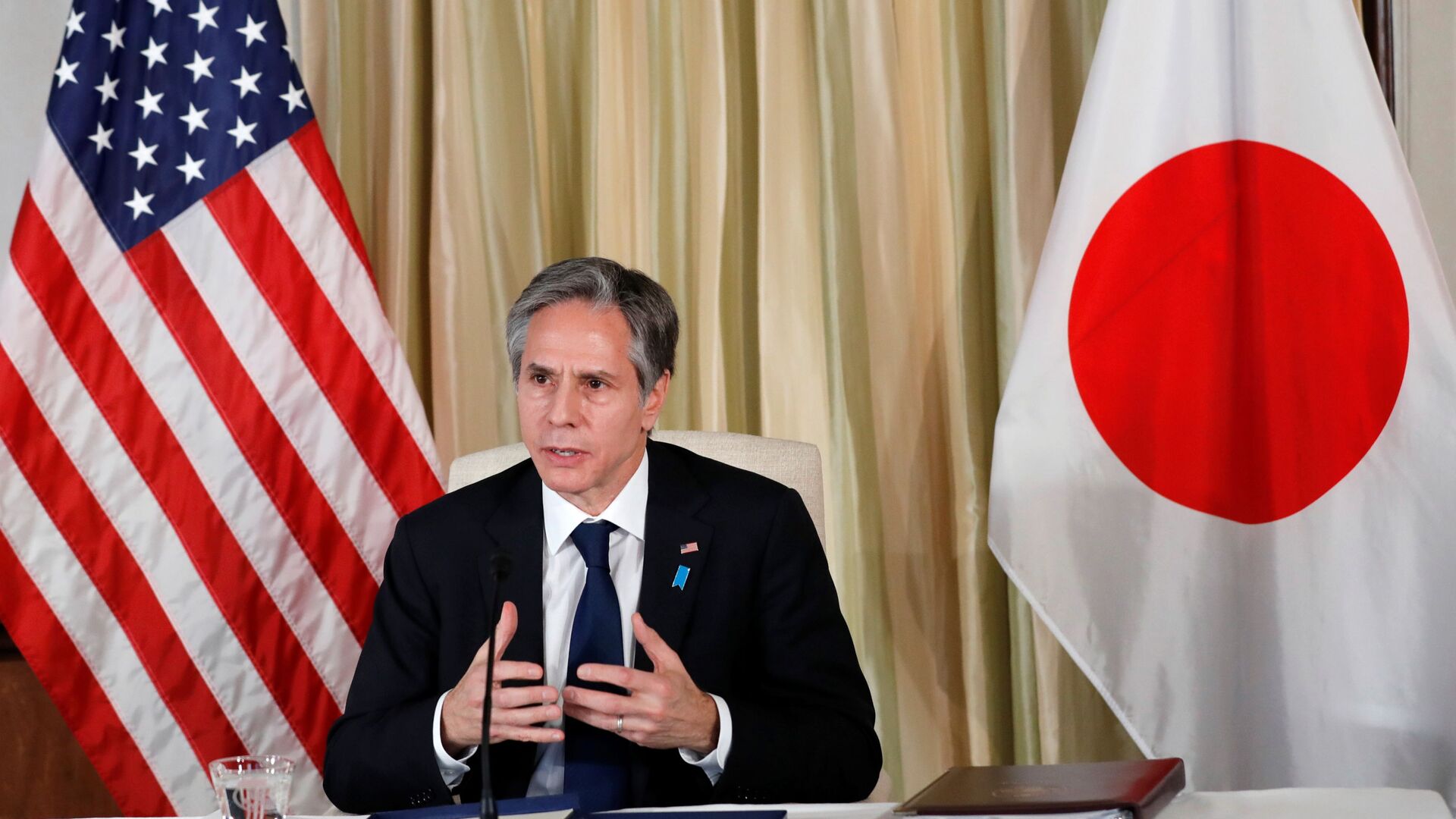 Evan Craighead
All materialsWrite to the author
In their first overseas trip, US Secretary of State Antony Blinken and Defense Secretary Lloyd Austin visited Tokyo, Japan, and met with several Japanese officials, including Foreign Minister Toshimitsu Motegi and Defense Minister Nobuo Kishi, to hold a "two-plus-two," bilateral dialogue regarding the Indo-Pacific region.

The US' top diplomat issued a warning to China on Tuesday, urging Beijing to shy away from their usual "coercion and aggression" in the Indo-Pacific region.

"We’re united in the vision of a free and open Indo-Pacific region, where countries follow the rules, cooperate whenever they can, and resolve their differences peacefully. And in particular, we will push back if necessary when China uses coercion or aggression to get its way."

Productive meeting today with Prime Minister @sugawitter and @SecDef to discuss U.S.-Japan cooperation on addressing global challenges. Together we’re committed to strengthening democracy and promoting our shared values in the Indo-Pacific and across the world. pic.twitter.com/CnbQrdq0XT

Blinken's comments come just days before he and US national security adviser Jake Sullivan are scheduled to meet with Chinese counterparts in Alaska. The purpose of the upcoming meeting is so that both parties may get "an understanding of each other," according to a senior administration official.

"This really is a one-off meeting. This is not a resumption of a particular dialogue mechanism or the beginning of a dialogue process," they added.

During a Tuesday news conference, Chinese Foreign Ministry spokesperson Zhao Lijian said that Beijing is optimistic about enhanced cooperation between Tokyo and Washington, so long as their strengthened relationship does not harm others in the Indo-Pacific region.

"We believe that exchanges and cooperation between the US and Japan should help regional countries enhance mutual understanding and trust, strengthen solidarity and cooperation, and uphold peace and stability in Asia Pacific. Their interactions shall not target a third party or hurt the interests of a third party," he said, according to an English language translation.

While holding their first phone call last month, US President Joe Biden and Chinese President Xi Jinping spoke about a range of topics, including "the shared challenges of global health security, climate change, and preventing weapons proliferation," according to a White House release on their talks.

Biden has notably referred to China as the US' "most serious competitor," but has also expressed a desire to "work with Beijing when it's in America's interest to do so."