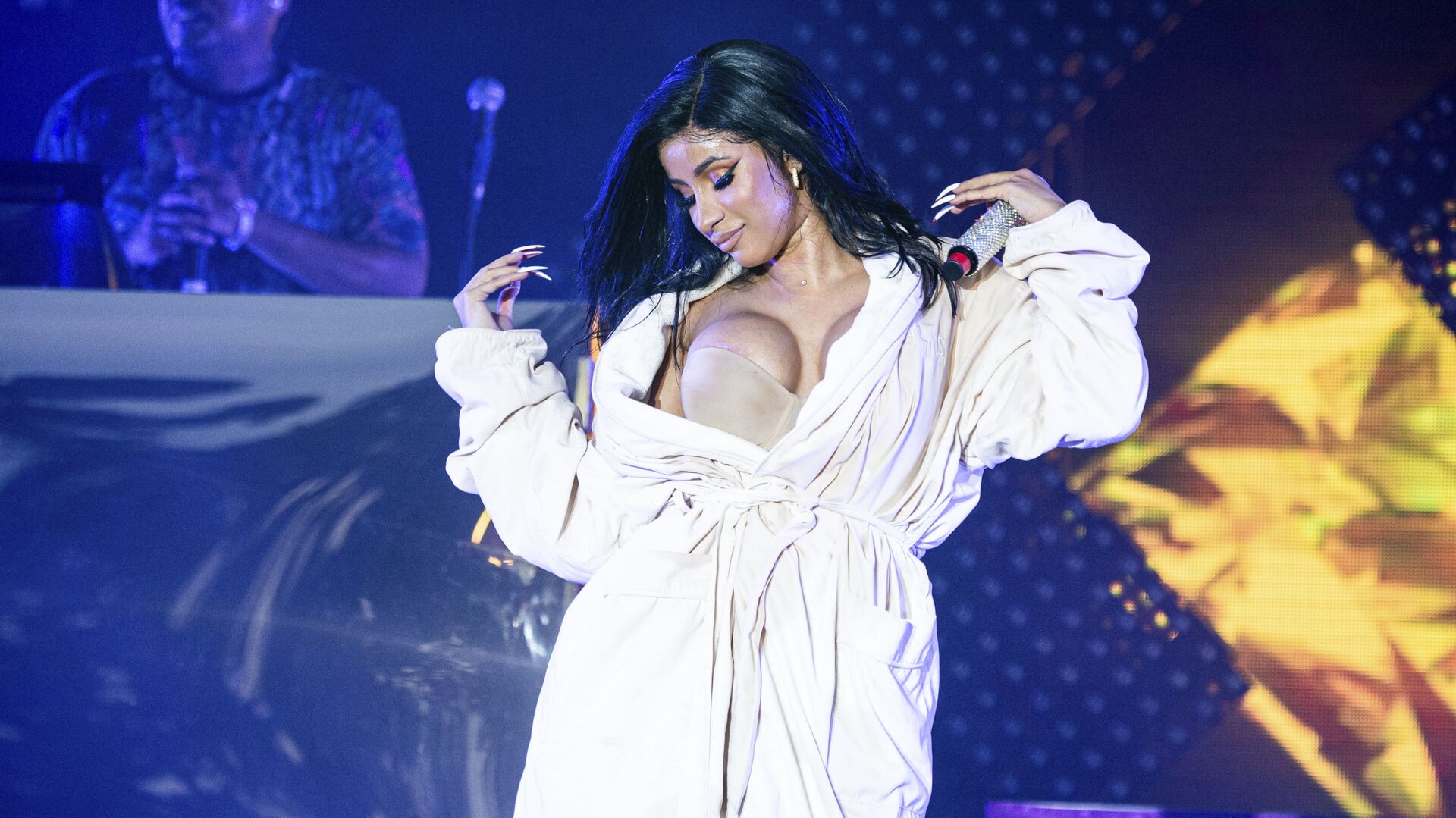 Max Gorbachev
All materialsWrite to the author
This was the first live performance of the song "WAP" (wet-a** p***y), which was released last summer and became the subject of heated debates. Despite its provocative title and lyrics, the song enjoyed immense success and continues to be on the list of most listened to tracks in the United States, according to Apple Music.

One thing about Cardi and her girls, they gon spread those legs for fresh air 😭 pic.twitter.com/uBiSeHWnFJ

​While the backup dancers were doing their thing Cardi B mimicked sex acts with her fellow performer Megan Thee Stallion on a giant bed.

Meu Deus a Cardi B colocou a versão do Pedro Sampaio no Grammy 🅰️🅰️🅰️ pic.twitter.com/DuE3ltbvOu

​Conservative black activist Candace Owens said parents should be "terrified" that this is the direction US society is heading towards and contended that the performance was weakening the country.

"It feels like that we're looking at corrosion, like we're about to see the end of the empire. Virtually, what we were looking at last night was a lesbian sex scene being simulated on television, and this is considered feminist. This feels more sinister. This is starting to me to seem like it's not even left or right, it's not a political issue. This seems like an attack on American values, American traditions, and you're actually actively trying to make children aspire to things that are grotesque", Owens said.

The National Centre on Sexual Exploitation (NCOSE) said the performance "propagated regressive themes that are detrimental to progress in fighting sexual abuse, exploitation, and oppression".

"In a performance that could have been cut from a hardcore pornography film, CBS allowed a glamorization of stripping & prostitution to be broadcast ... Prostitution & stripping are never empowering for women, as they set up systems that exploit & oppress women." —@DawnHawkins33

​Many social media users were also not too keen on the performance and criticised mainstream media's double standards.

​Some users drew attention to the recent withdrawal of books by children's author Dr. Seuss. The books were removed from publication over "racially insensitive imagery".

So we're canceling children's books but we're letting our kids watch filth like Cardi B and her WAP at the Grammys?

Yes little girls, feminism means you can be anything! Just not a wife, mother or woman of God...

​Despite heavy criticism, it seems quite a few people enjoyed the performance. The video has been viewed almost 4 million times since it was uploaded on Monday. Responding to the criticism, Cardi B said there was no correlation between her performance and the banning of "racist" books.

Conservatives been making viral tweets comparing WAP to the banning of some of Dr Seuss books as if there's any correlations between the two ....Well I can DEFINITELY tell some of ya ONLY read dr Seuss books 🙄 cause ya mind lacks comprehension. https://t.co/F34fphVBIb