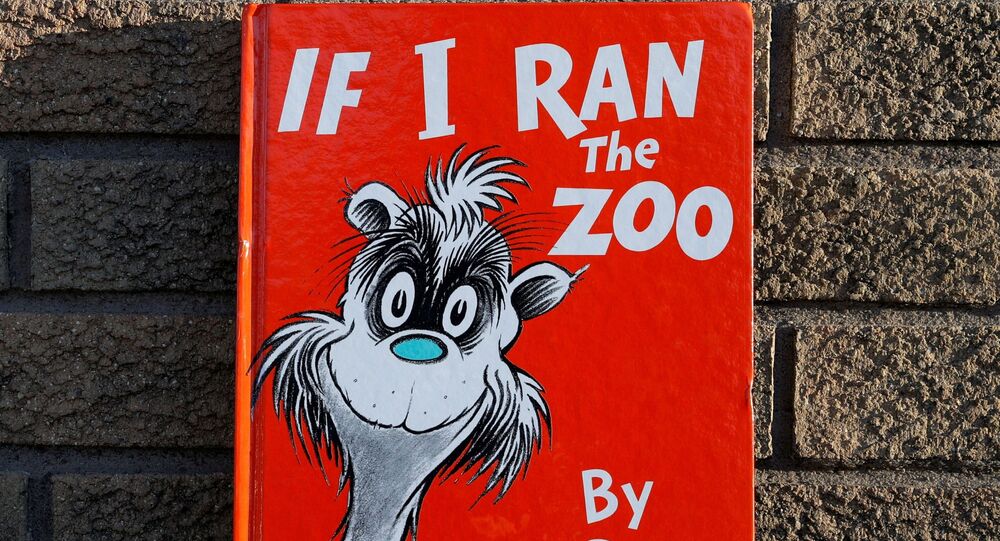 Dr. Seuss Enterprises (DSE), a company that oversees the famed children's book author's legacy, issued a statement earlier this week announcing it would cease publishing and selling six books, including "And to Think That I Saw It On Mulberry Street," because "these books portray people in ways that are hurtful and wrong."

Those looking to purchase the discontinued Dr. Seuss literature reached a roadblock with eBay after the company recently decided to begin delisting the books.

"eBay is currently sweeping our marketplace to remove these items," a company spokesperson told the Wall Street Journal on Thursday.

The books impacted by the decision include: "And to Think That I Saw It on Mulberry Street," "If I Ran the Zoo," "McElligot’s Pool," "On Beyond Zebra!," "Scrambled Eggs Super!" and "The Cat’s Quizzer."

Vendors and consumers alike took to Twitter Thursday to call attention to the abrupt decision to pull the books from the marketplace.

This country now has a black market in....Dr. Seuss books.

Many social media users highlighted the fact that other books deemed to be discriminatory and/or extremist, like Nazi Germany leader Adolf Hitler's autobiography "Mein Kampf," were still available for purchase on the website, despite its policy.

Screenshots backing up what I said about Ebay and Doctor Seuss. Apparently it violates their "offensive material policy", yet books written by anti-Semites are allowed. pic.twitter.com/4ueP6F71yY

Just look at what is available for sale on @ebay even as they pretend to suddenly care about “hate and discrimination” in Dr Seuss: pic.twitter.com/FInpmlPwHS

So EBAY is now removing listings for the 6 cancelled Dr. Seuss books for “glorifying violence and hatred”, but they still allow Mein Kampf to be sold.

Dr. Seuss publisher Random House Children Books noted in a Tuesday statement that DSE's decision came after the books' content underwent a 2020 panel review. The move also comes as Dr. Seuss books like "Horton Hear a Who" and "The Sneetches" are becoming included in anti-racism and diversity curricula for US students.

"Ceasing sales of these books is only part of our commitment and our broader plan to ensure Dr. Seuss Enterprises’ catalog represents and supports all communities and families," the DSE statement provided to the Associated Press read.