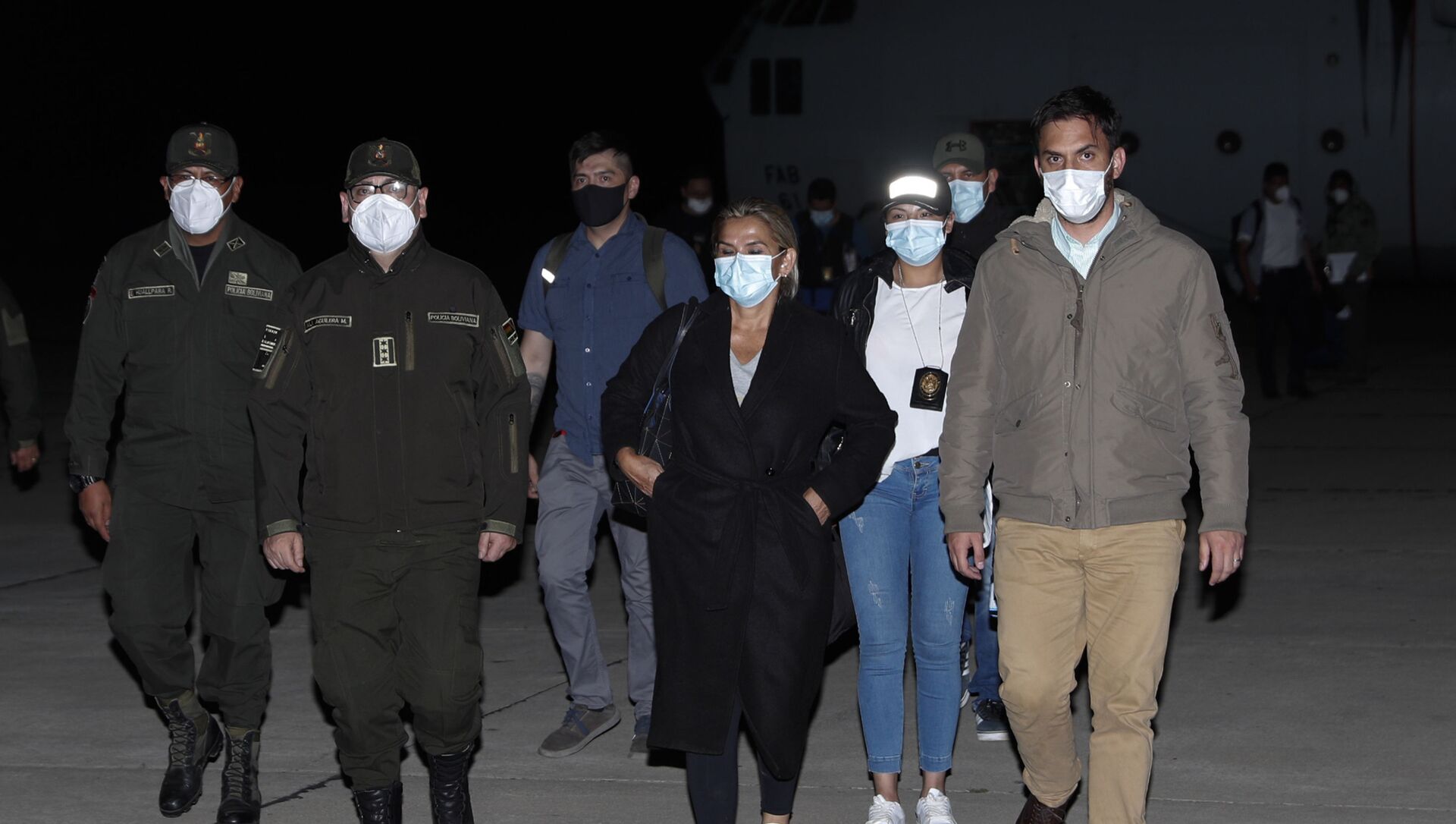 MOSCOW (Sputnik) - The Bolivian police have transferred ex-interim President Jeanine Anez to La Paz for her to testify in an ongoing coup probe, media reported on Saturday.

Anez was detained overnight Saturday on suspicions of terrorism, sedition and conspiracy related to what investigators consider a coup that led to the resignation of ex-President Evo Morales in 2019.

As reported by the Bolivia TV broadcaster, Anez was transferred to La Paz early in the morning.

Anes succeeded Morales in the autumn of 2019 when she was an opposition lawmaker. Morales fled Bolivia due to violent nationwide protests, prompted by his controversial victory in an election that would launch his fourth consecutive presidential term.

After taking the office, Anez arranged for a new presidential vote, which took place last October. The election was won by Luis Arce, a member of Morales' Movement for Socialism party. The ex-president hailed Arce's victory as the Bolivian people regaining political power via democracy.

Morales returned to Bolivia last November after almost a year of exile.