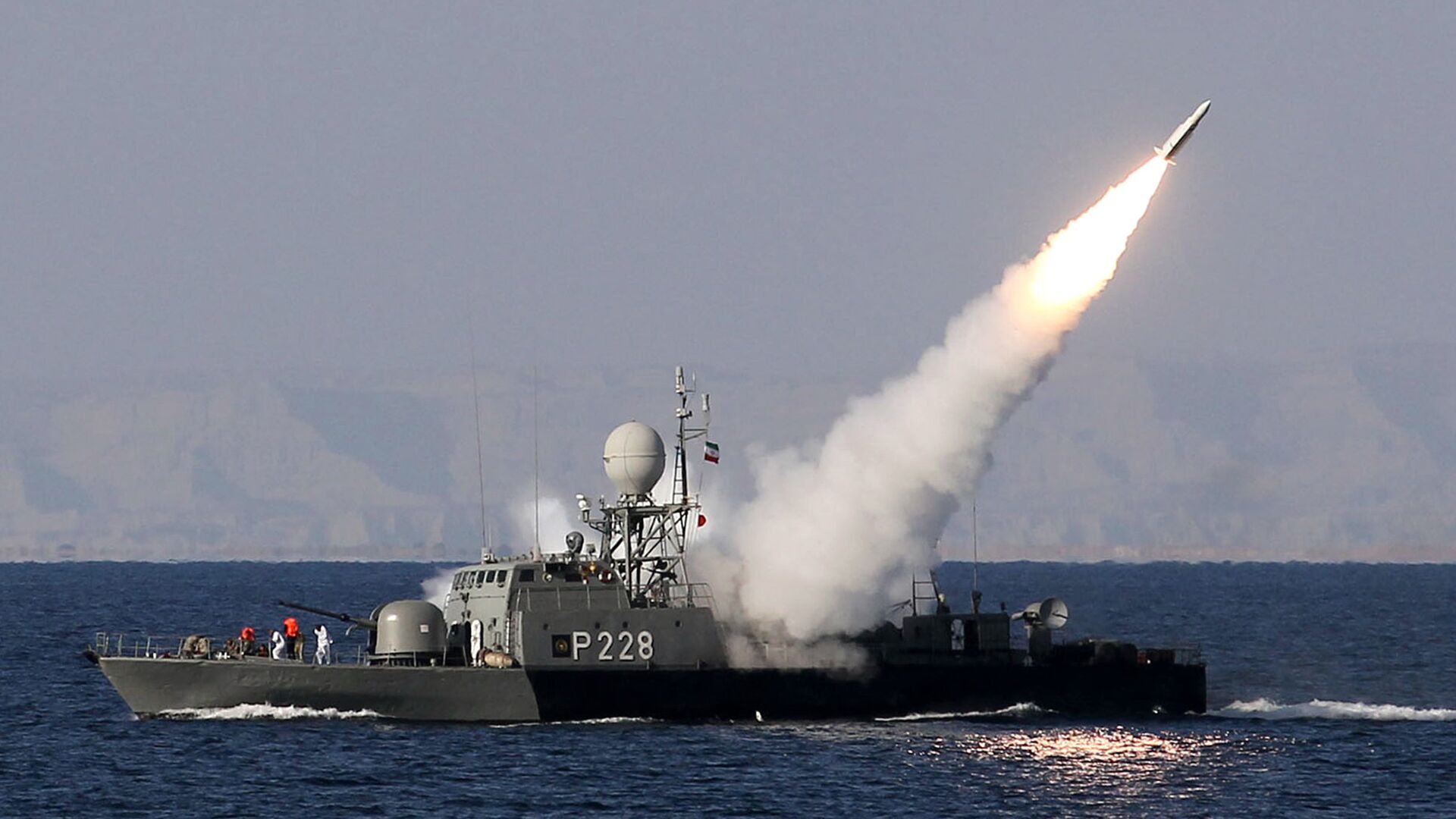 Ilya Tsukanov
All materialsWrite to the author
The Islamic Republic is one of just a handful countries whose military industry has the ability to produce domestically almost all the components necessary to produce a range of advanced armaments, from defence electronics and rocketry parts to steel, chemicals, and other resources.

Iranian Navy Commander Rear Adm. Hossein Khanzadi has praised the force’s ability to amass an impressive collection of advanced equipment, but added that further efforts were necessary for the Islamic Republic to attain its desired place in the world.

“With the unremitting efforts of its staff, the Navy has been able to equip itself with an array of equipment, including smart missiles. Still, we are still only at the beginning of the road, and with redoubled efforts we can achieve the privileged and appropriate position of Islamic Iran in the international community,” Khanzadi said, speaking at a visit to a naval academy in the Caspian Sea port city of Noshahr on Friday.

Pointing to Iran’s vast maritime borders and long, proud history of navigation, Khanzadi stressed that expanding the power, prestige, and capabilities of the Navy is of tremendous importance to the country.

Iran’s coastline runs 2,440 km, with its southern part situated in the highly sensitive and strategic Persian Gulf, which accounts for about 35 percent of the world’s seaborne oil shipments and 20 percent of all oil traded worldwide. The Navy and Revolutionary Guards naval force guard the country’s maritime borders with a broad assortment of vessels, ranging from small machine gun- and rocket-armed speedboats to frigates, corvettes, and submarines. 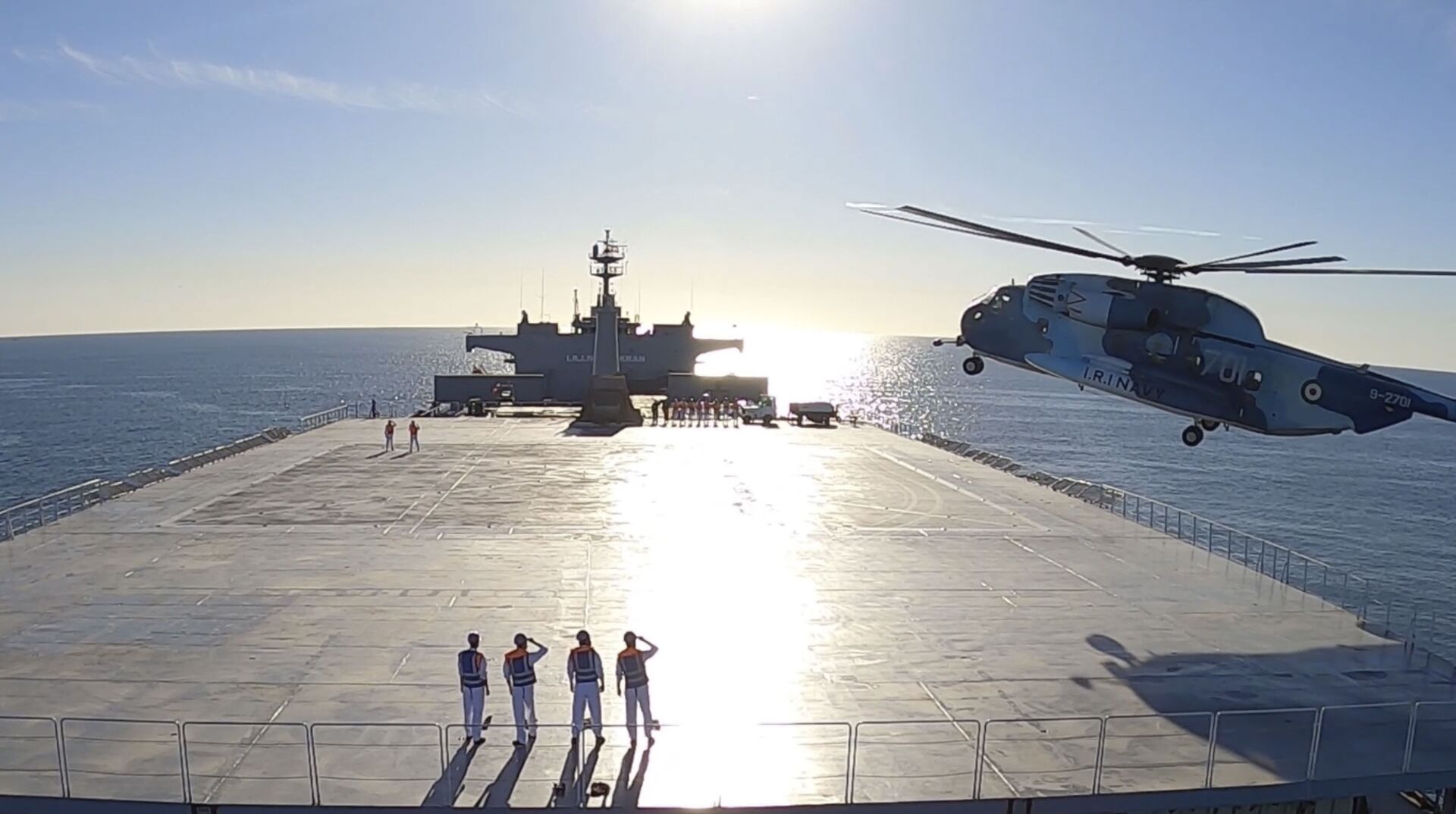 The Islamic Republic has the capability to manufacture an array of smart weapons, ranging from the Sadid-345 smart guided bombs equipped aboard aircraft and some drone designs, to the Qassad, a 2,000 pound electro-optic-guided bomb carried by Iran’s F-4 Phantoms IIs. Military engineers have also experimented with machine gun and explosive-fitted robotic combat vehicles for use by the Army.

With a flight range of 3000 km, the predator drone is equipped with “smart missiles” and can fly over 24 hrs, says the army. pic.twitter.com/WWCJGP7S9I

Last year, Armed Forces Commander in Chief Gen. Kioumars Heydari boasted that the country had amassed an array of “smart, pinpoint, digital and electronic weapons to counter the possible threats to the country,” and stressed that the military’s advances in “mobility, agility and combat capability” were achieved thanks to the principle of self-sufficiency in both equipment and technologies.

Iran Set to Unveil Domestically Manufactured Military Hovercraft
Iran was largely cut off from its US and Western European arms suppliers through most of the 1980s in the aftermath of the Iranian Revolution and the Iran-Iraq War of 1980-1988. A new international embargo was announced in 2010 and remained in place until October 2020. This situation, combined with the perceived imminent threat to the country’s security from the US and its regional allies, prompted Tehran to develop everything from small arms and drones to advanced air defences, tanks and even warships.

While it has been forced to manufacture many arms from scratch, the country’s defence spending as a percentage of GDP compares favourably to its potential regional adversaries. Last year, the Stockholm International Peace Research Institute estimated that Iran spent about $12.6 billion of defence in 2019 (equivalent to 13.3 percent of GDP). For comparison, Saudi Arabia spent $61.8 billion (20.3 percent of GDP) and Israel spent $20.5 billion (13.2 percent) during the same period.