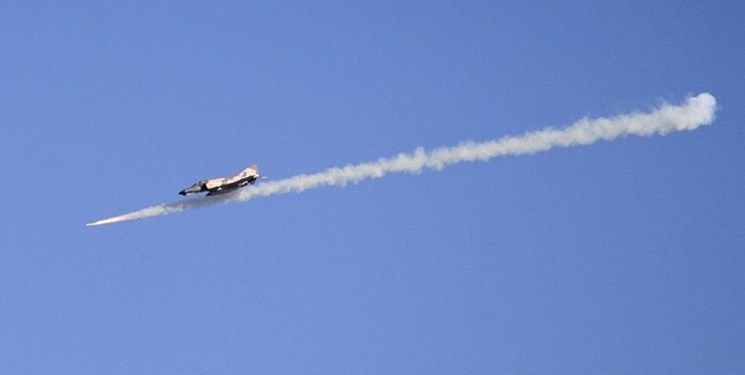 The Iranian Air Force (IAF) kicked off its annual two-day ‘Defenders of the Sky’ drills on Monday, with exercises taking place in the central Iranian province of Isfahan and featuring planes operating from seven separate air bases, as well as an array of fighter jets, bombers, drones, reconnaissance aircraft, transports and tankers.

An Iranian Air Force F-4 Phantom II fighter-bomber fired off a Qassed smart bomb at a moving ground target during the second day of the Defenders of the Sky exercise in Isfahan region, with footage of the drills appearing online.

In addition to the Qassed (Messenger), which is classified as a 900kg ‘smart’ electro-optic-guided munition, F-4s fired Maverick tactical air-to-ground missiles, with both classes of missile detonating on target with pinpoint accuracy, according to drill spokesman Brigadier General Farhad Goudarzi.

According to Goudarzi, the drills also saw the successful deployment of Arash kamikaze drones, with the warhead-equipped unmanned aerial vehicles said to have flown a distance of 100 km before smashing into enemy fortifications, destroying them.

In addition to several homegrown aircraft and drones, the Islamic Republic’s Air Force is equipped with a variety of Russian, American, Chinese and French-made combat jets, with part of this inventory inherited from the Shah’s regime after the 1979 Iranian Revolution, and the rest bought over the past 30 years or so before the imposition of the United Nations arms embargo in 2010. The restrictions were scrapped last month after the US failed in its attempt to prolong them indefinitely.

The IAF is believed to have about 20 MiG-29 and 23 Sukhoi Su-24 jets from Russia, about 17 Chinese-built Chengdu F-7s (a license-built copy of the Soviet MiG-21), nearly 50 US-made F-4 Phantom IIs, 20 Northrop F-5s, two dozen Grumman F-14s and nine French-made Mirage F1s, with many of the aircraft heavily modified, customised and upgraded.

Since the Islamic Revolution of 1979, Iran has devoted considerable financial, industrial and scientific resources toward achieving self-sufficiency in an array of military-related fields, developing everything from missiles and drones to tanks, air defence systems and military satellites, either entirely from scratch or on the basis of upgraded foreign designs.