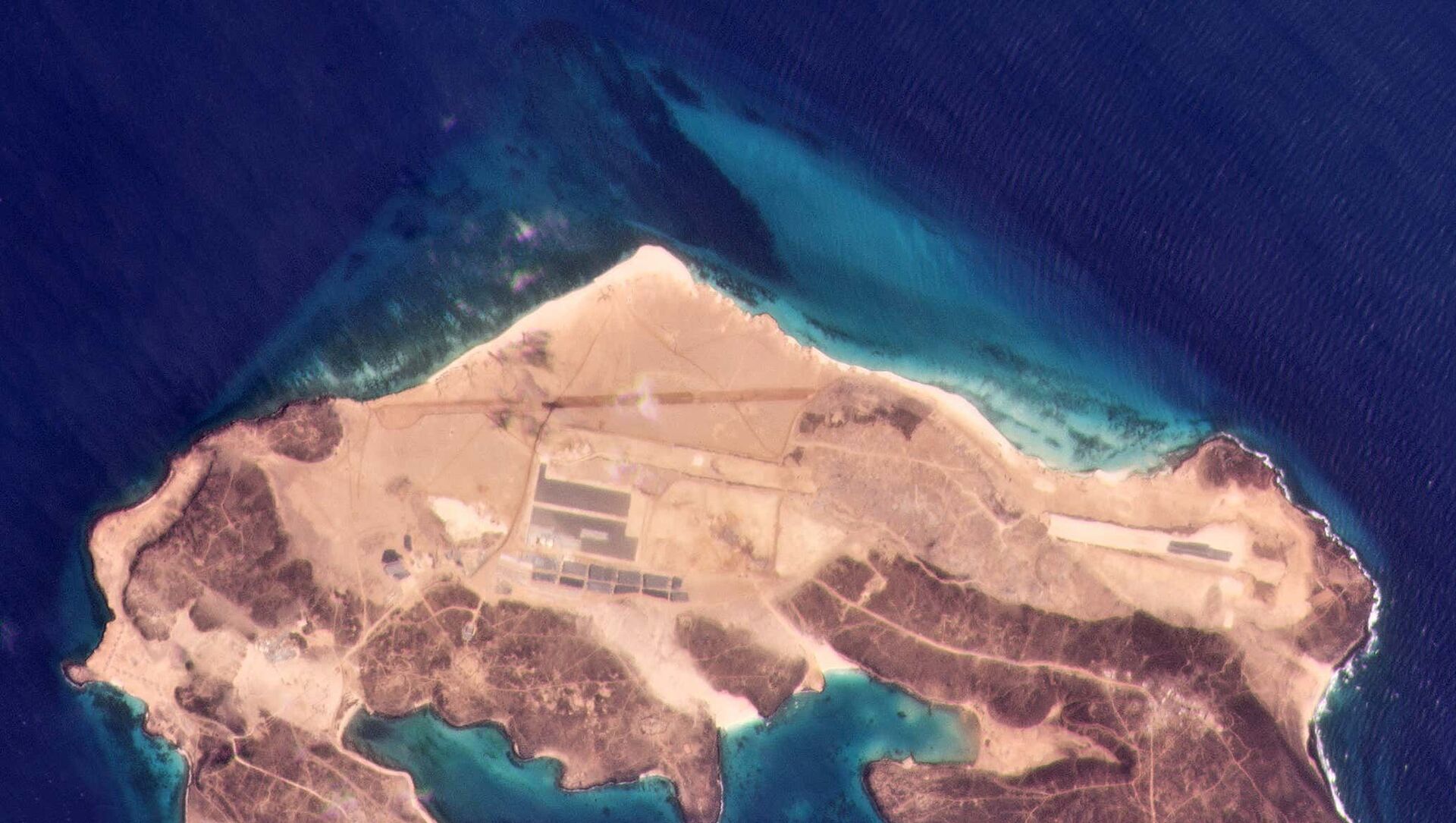 Morgan Artyukhina
All materialsWrite to the author
Although the United Arab Emirates formally left the war in Yemen in 2019, its deep ties to nearly 100,000 militia fighters and the Southern Transitional Council have ensured it will continue to exert considerable influence on the conduct of the war as it enters its sixth year.

Satellite photos have revealed construction of an airfield on an island at the mouth of the Red Sea. While its occupancy is presently unknown, the island was once under the control of the United Arab Emirates, which recently closed its base across the waterway.

Citing photos taken by Planet Labs’ Earth imaging satellites, the Drive's the War Zone reported on Tuesday that a roughly 6,150-foot-long runway was under construction on Perim, also known as Mayyun, an island that straddles the Bab al-Mandab, the narrow strait that connects the Red Sea to the Gulf of Aden and the Indian Ocean beyond. 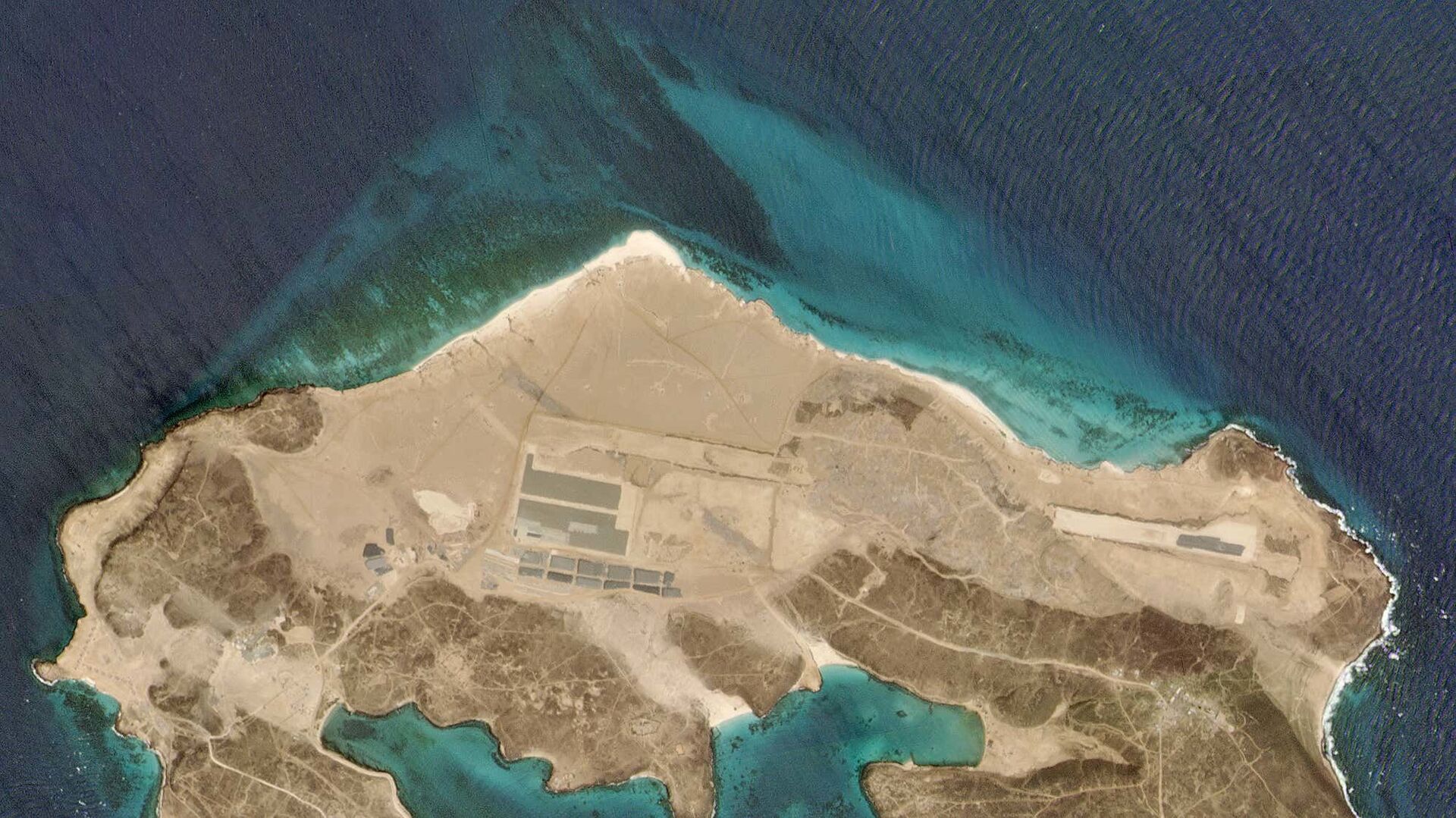 A satellite photo of Yemen's Perim Island on February 2, 2021, showing remnants of a 2016 attempt to build an airfield
© Planet Labs, via The Drive 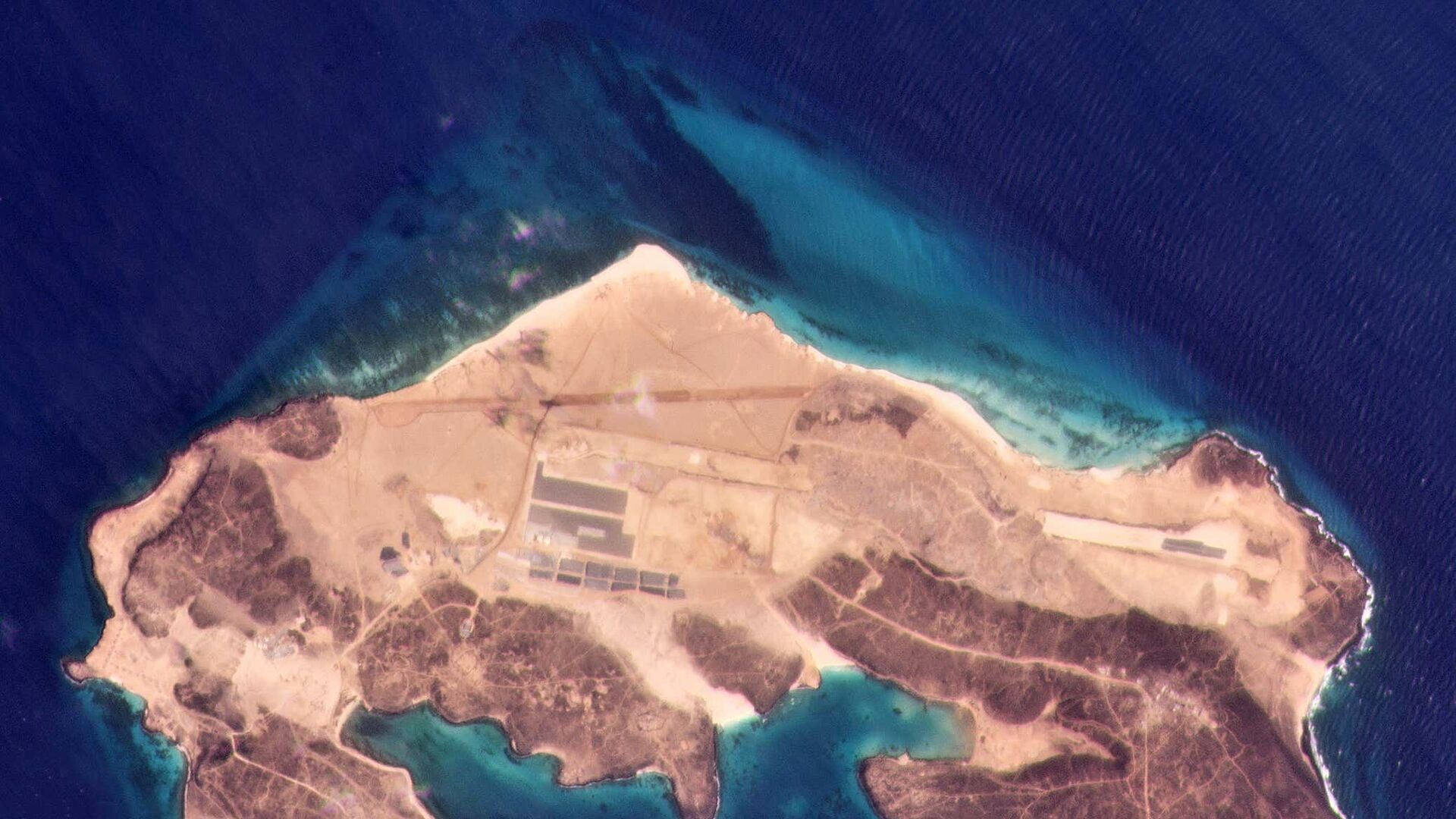 A satellite photo of Yemen's Perim Island on March 9, 2021, showing new construction on a smaller airstrip to the northwest of the older project
© Planet Labs, vis The Drive

According to the outlet’s analysis, the construction began on the airstrip sometime last month. The soon-to-be airtstrip is about 165 feet wide and 6,150 feet long - large enough to handle heavy cargo transport aircraft that would be used to ferry war materiel such as armored vehicles, trucks, and munitions. However, they note that a past project by the United Arab Emirates attempted to build an even longer 10,000-foot runway in 2016, the remains of which can still be seen in the satellite photos. It’s unclear why the new effort doesn’t make sure of the old right-of-way.

According to the blog Intel Lab, the new facility is Emirati as well, although it’s unclear why exactly they think so.

At the start of the Yemen War in 2015, the island was controlled by the Houthis, who were quickly evicted by Gulf Arab forces allied with Saudi Arabia and the government of Yemeni President Abdrabbuh Mansour Hadi, who was forced from power by the Houthis in early 2015. The Emiratis likewise established a base across the Red Sea at Assab, Eritrea, in late 2015 to ferry heavy weaponry into Yemen as well as allied forces from Sudan, and they also temporarily occupied Yemen’s Socotra, a picturesque island off the easternmost tip of Africa that is listed as a UNESCO World Heritage Site.

During its occupation, the UAE established a detention facility on Perim, according to Qatar-based Al Jazeera. Later in the war, after Abu Dhabi began its preparations for withdrawal in 2019, Saudi forces moved into garrison Perim Island, along with Yemeni security forces.

Last month it was reported that Abu Dhabi was dismantling its base in Assab, and according to Intel Lab, the base’s functions are being relocated to Perim. With its location just a dozen miles from Africa and sitting astride one of the world’s busiest sea lanes, Perim provides a commanding position from which to both exert influence and collect information. Intel Lab noted that the facility could be used to house signals intelligence instruments as well as prevent blockades of the strait, in addition to taking over Assab’s role as a logistics hub.

Perim has historically been garrisoned by naval powers for just such reasons, including the Portuguese, British, and Ottoman Empires, as well as the United Arab Republic and the Soviet Union.