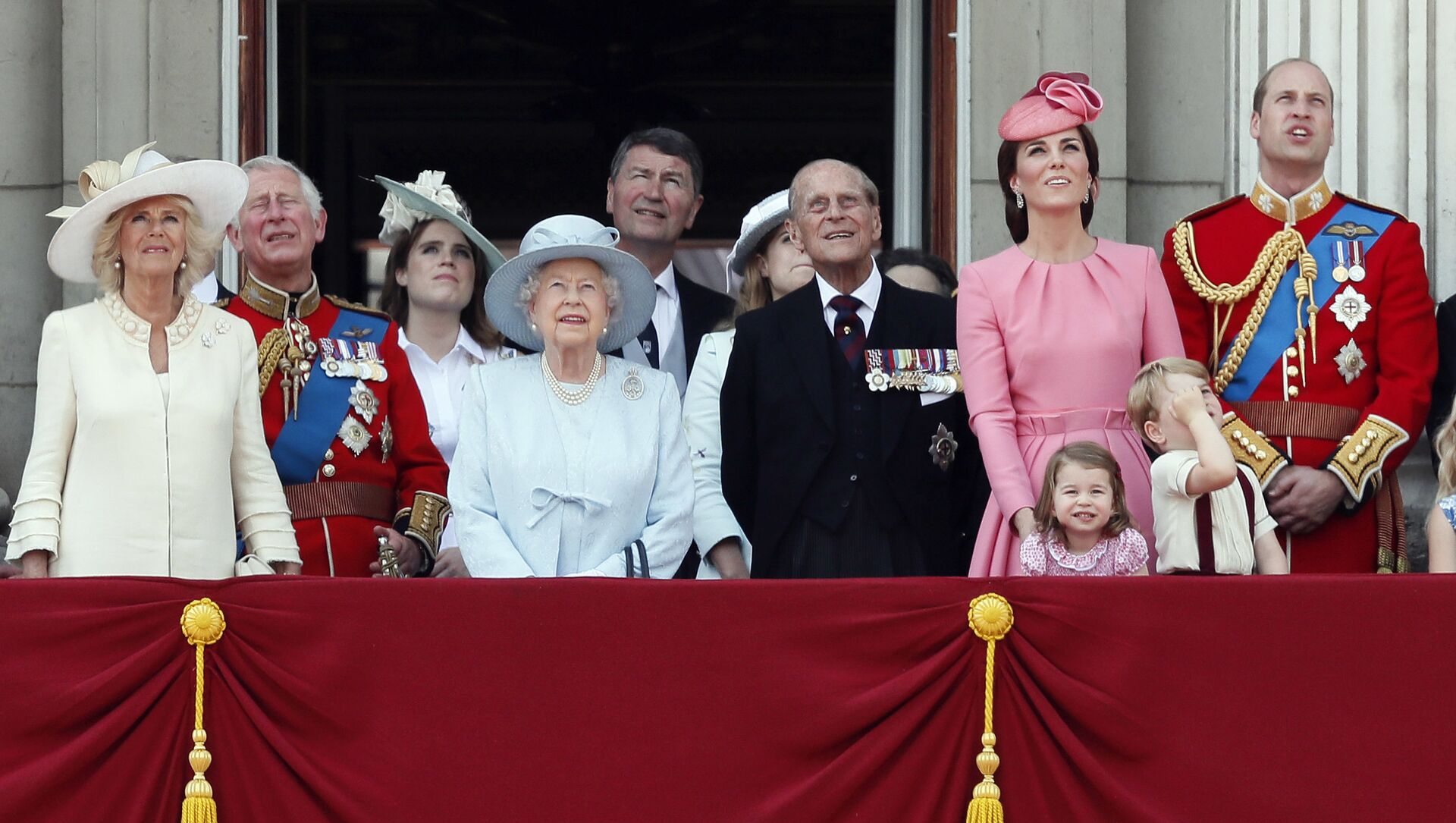 Max Gorbachev
All materialsWrite to the author
A British lobbying firm Republic, which campaigns for the abolition of the monarchy in the United Kingdom, has launched a petition on its website following the bombshell interview. The organisation said the allegations made by Harry and Meghan prove that "the royal household is not fit for purpose in the modern world".

Prince Harry and Meghan Markle's interview with US talk show host Oprah Winfrey has caused a strong reaction, with numerous celebrities expressing support for the couple. Allegations of racism made against the Royal Family prompted a wave of heavy criticism online, with the hashtag #AbolishTheMonarchy now trending online.

yes let's abolish the monarchy we don't need them.

Prince William with Klaus Schwab at the World Economic Forum promoting the Great Reset, Agenda 2030. Its time to abolish the monarchy they don't care about anyone other themselves.#AbolishTheMonarchy pic.twitter.com/7LMWVnnMNp

​Many users contended the monarchy is an outdated institution that is bad for Britain.

#OprahMeghanHarry interview pretty devastating for the royals. Monarchy is bad for Britain and bad the royals. It’s time. #AbolishTheMonarchy

​Some users even started making suggestions about what to do with Buckingham Palace if the United Kingdom becomes a republic.

Abolish the monarchy and convert Buckingham Palace into social housing.

​Others said that the Queen should be the last monarch.

When the Queen dies, #AbolishTheMonarchy and move to an elected head of state. If the monarchists are so keen on Prince Charles being head of state, he can run for President of the Republic of Great Britain. If it's his divine right, then he'll win, won't he?

turn Buckingham Palace into a paid tourist attraction that you can enter, will generate alot of money and tourism

Stop using tax payers money to fund an entitled family that don't deserve it. The Queen had a good reign, and she should be the last

​However, many people voiced opposition to the idea, with some saying that the Royal Family brings a lot of money into Britain's coffers.

We Patriots of Great Britain and Commonwealth, share a deep affection, respect and support for our Queen and Royal Family.🇬🇧🇬🇧

We revile those that .....
Attack our Queen and Royal Family
And those....
That want to abolish the Monarchy.

1/2 You know what? I am done with all these b*stards saying abolish the Monarchy, have they any idea how much money the Royal family bring to the UK in Tourism alone?
I don't believe a single word that comes out of the Actor who rejected the RF & at the same time says her son

​Meanwhile Labour Shadow Education Secretary Kate Green has called on Buckingham Palace to launch an investigation into the allegations of racism made by Meghan Markle. During the interview the 39-year-old said that one member of the Royal Family voiced concern about the potential dark skin of the couple's firstborn Archie. Meghan did not reveal the identity of the royal, saying: "it would be very damaging to them".

Green said there is no excuse for racism and emphasised that she expects the Palace to treat Meghan's claims "with the utmost seriousness".

Republic, an organisation that campaigns for the abolition of the monarchy, has started a petition calling on the government to launch a public debate on the future of Britain.

"We can have a more democratic institution, a non-political but elected head of state along with a fully elected parliament. No more kings and queens, no more lords and dukes. Just citizens freely choosing who takes on the most senior jobs in the land", reads the petition.