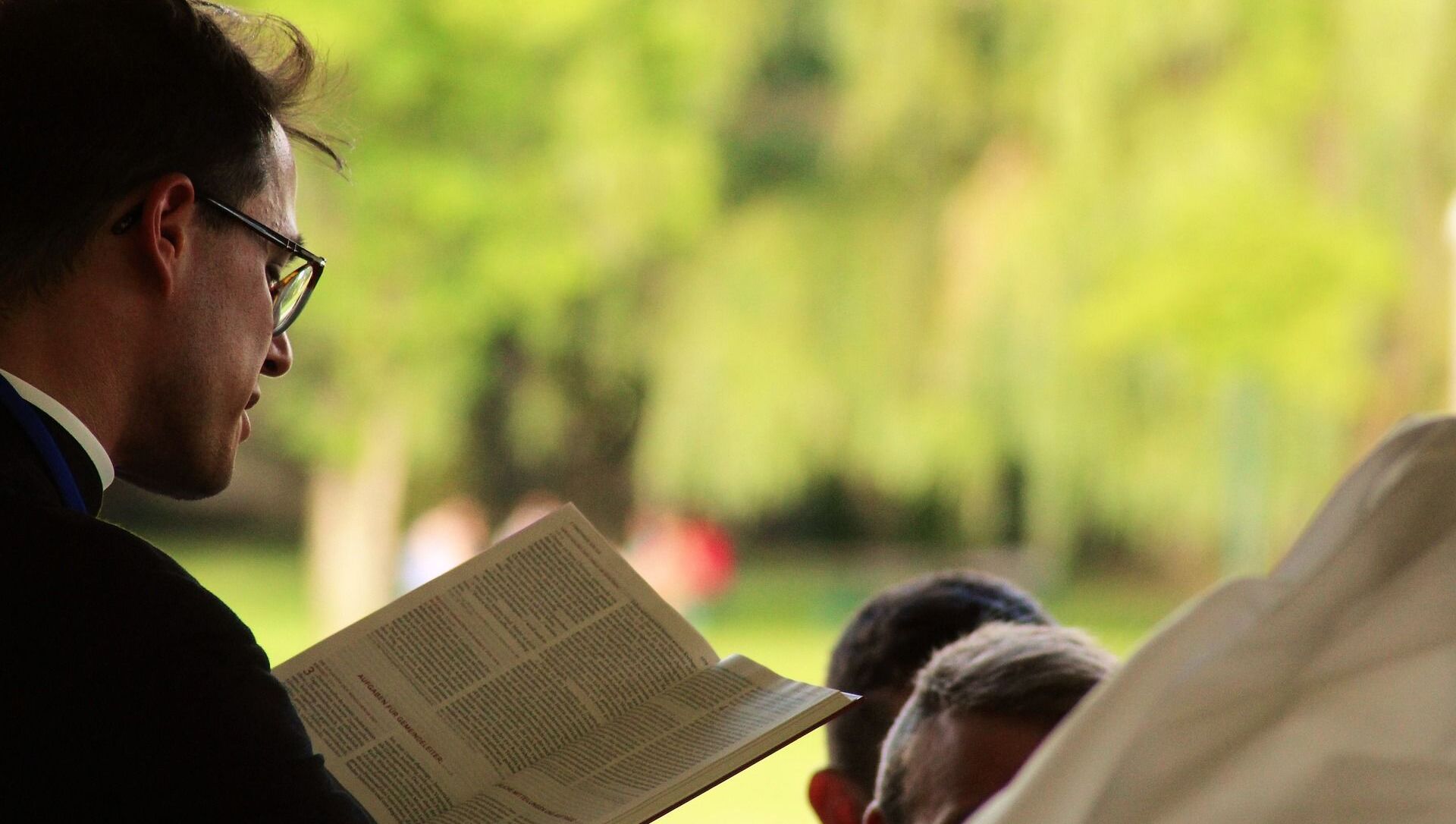 CC0 / /
Subscribe
International
India
Africa
Max Gorbachev
All materialsWrite to the author
According to US media, the pastor is now on leave from First General Baptist Church and has stepped down from the position of moderator of the upcoming General Association of General Baptists meeting. His church also said that the clergyman is seeking professional counselling.

An American pastor has sparked outrage after a video of his sermon went viral. In a short clip, Stewart-Allen Clark called on women to lose weight and use makeup in order to keep their husbands' attention. As an example, the clergyman spoke about former First Lady Melania Trump, whom he described as an "epic trophy wife".

"Now look, I’m not saying every woman can be the epic, epic trophy wife of all time like Melania Trump. I’m not saying that at all. Most women can’t be trophy wives, but you know, maybe you’re a participation trophy. I don’t know, but all I can say is not everybody looks like that. Amen! Not everybody looks like that. But you don’t need to look like a butch either", the pastor said during a speech.

Social media users were left incensed after seeing the video, with some accusing him of sexism.

"He fails to use Bible verses to back up his nonsense. He objectifies women, antagonizes them, and practices sexism, all while acting like it’s hip or cool", wrote one user.

I love when an overweight, middle-aged schlub has the audacity to instruct an entire sex on what we need to do to appeal to men. I don't remember this being a part of the vows. Where is the pressure for men to maintain themselves to hold the interest of their partner?

​Many users criticised the clergyman for using the term "trophy wife".

I find it utterly bizarre that he said "trophy wife" as if it was a good thing. Like men are big game hunters and ol Trump bagged himself a hot one. Yeah, that doesn't objectify half the human race, not at all. SMH.

Some said that the former first lady is far from being an ideal wife.

Does the “pastor” know his ideal wife posed all but nude? Does he know she was his third wife? Does he know that they are so far from a god fearing family he should have burst into flames for suggesting that was a “goal” union?

Still others agreed with the clergyman.

A Missouri pastor is reportedly seeking 'professional counseling' after he told women to lose weight and strive to be like Melania Trump for their husbands https://t.co/vmwW5SmibC

He won't hear any outrage from me. I wish I looked like Melania, so beautiful.