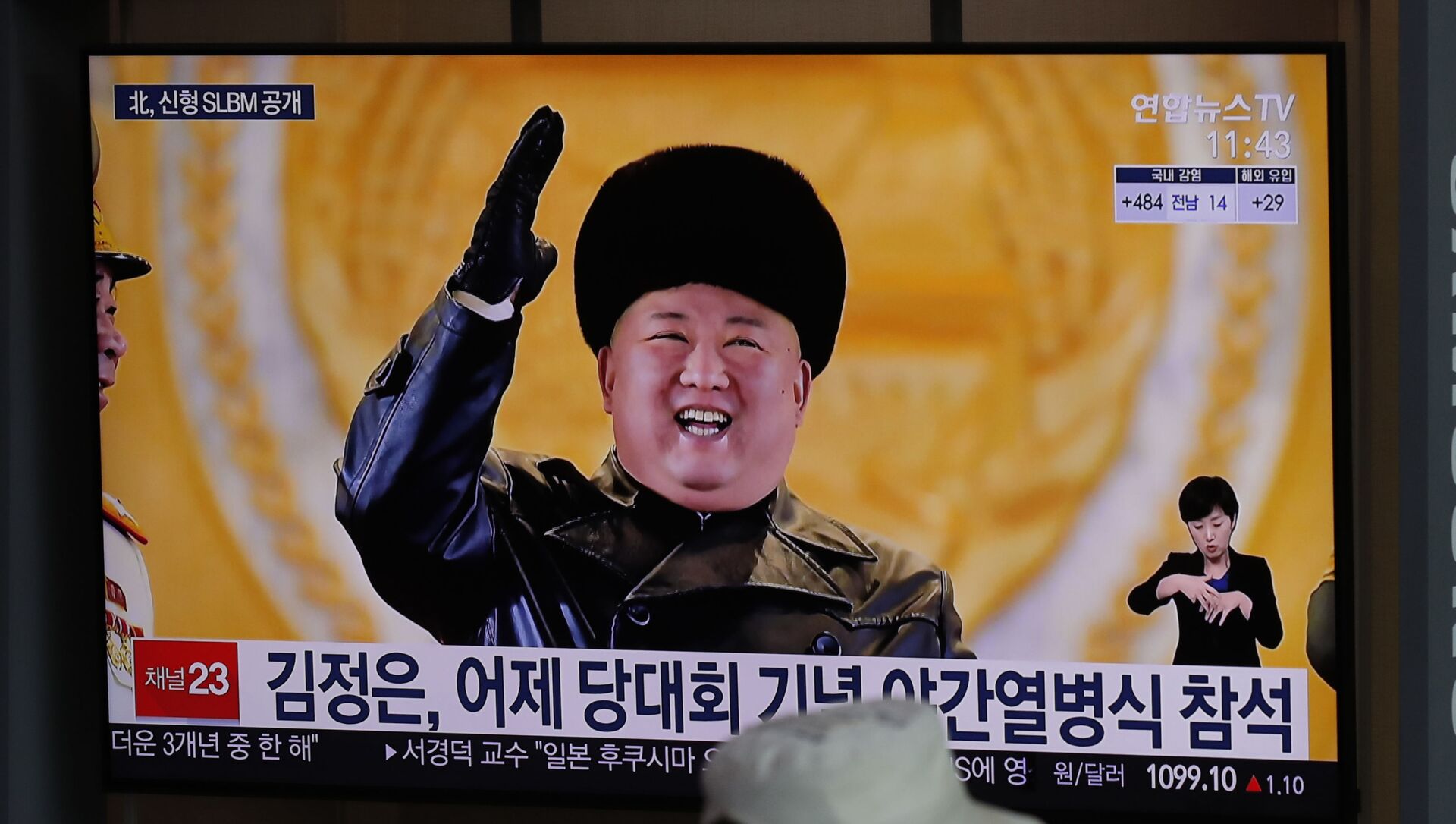 Aleksandra Serebriakova
Moscow-based Sputnik correspondent specializing in foreign affairs.
All materialsWrite to the author
North Korea’s Supreme Leader Kim Jong-un has been in power since 2011. This decade has been marked by turbulent relations with neighbouring South Korea and high profile meetings with presidents Donald Trump and Vladimir Putin.

North Korea has published a new biography of Kim Jong-un entitled “The Great Man and The Age of The Powerful Nation”, according to a translation by The Wall Street Journal.

It is certainly not the first and almost certainly not the last manuscript detailing the achievements of the DPRK’s chief and his “prevailing” love for the North Korean people. But the 621-page book, which apparently was launched as early as 30 December, is the first official volume to outline the past 10 years of Kim Jong-un in power, the WSJ suggests.

It also comes as North Korea suffers one of the most severe economic downturns it has experienced because of the COVID-19 pandemic and crippled trade with China.

The volume has recently been downloaded in full by state-controlled website, Uriminzokkiri, and is available to read by anyone who speaks Korean. Published by the country’s Pyongyang Publishing House, it lists no author and comes shortly after "Comrade Kin Jong-un's Revolutionary History" was released in December.

The new book describes the country’s nuclear weapons as “swords to guarantee peace” and slams “provocative” joint military drills between the US and South Korea, according to WSJ’s translation.

It says that North Korea has been elevated to a “fundamentally higher place” in the world since Kim Jong-un decided to meet with then-US President Donald Trump, Russian President Vladimir Putin and Chinese President Xi Jinping. These encounters are detailed in the last of its seven chapters under section “Spinning the World Under the Axis of Sovereignty and Justice".

No 'Playboy': Kim Jong-un Avoided 'Contact With Girls' Back in Swiss School, Book Claims
The “exclusive” meeting between Kim Jong-un and Trump during the 2018 Singapore summit is described in the book as “the footsteps of a new beginning”, with the biography dedicating 15 pages to the encounter.

“There has never been a time when all the world has been this focused on our peoples’ greatness and dignity in our 5,000-year history,” the tome says.

Unlike North Korea’s must-read biographies of Kim’s father and grandfather - the country’s first supreme leader Kim Il-sung – the book doesn’t claim any magic powers for the country’s present ruler, such as turning pine cones into bullets, the analysts note. But it still has a chance to become an essential work for North Koreans trying to learn the Kim leaders’ “revolutionary activities” in schools.