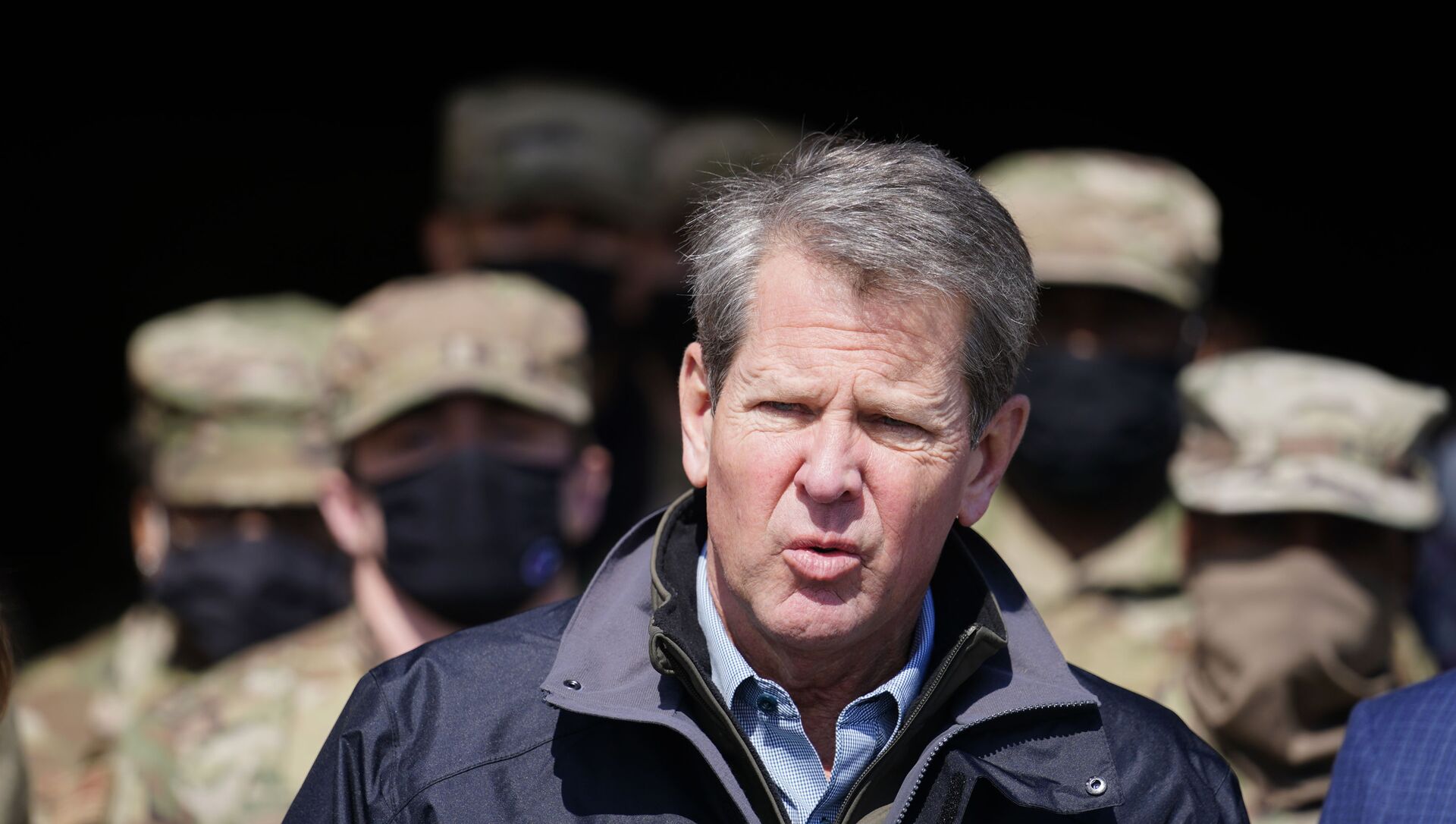 Kirill Kurevlev
Correspondent
All materialsWrite to the author
Following the November 3 election, the former US president repeatedly slammed Georgia officials over their failure to back his allegations of voter fraud in the state, even vowing to campaign against Kemp in 2022.

Governor of Georgia Brian Kemp said on Wednesday he would “absolutely” endorse former President Trump if he became the GOP's presidential candidate for the 2024 election, despite Trump's earlier comments regretting his support for Kemp in 2018.

“Absolutely, I'm going to support the nominee,” Kemp replied when asked during an interview with Fox News.  “As I said, again, I worked very hard for the president. I think his ideas... will be part of our party for a long time in the future. And Republicans, we need to have a big tent. I mean, there's a lot of great ideas out there.”

Kemp, however, acknowledged the existence of certain differences within the party and expressed his appreciation for the former president.

"We're not always going to get along, but I think the president deserves a lot of credit,” he said. “And he's not going away.”

Brian Kemp says he would absolutely support Trump if he was 2024 Republican nominee pic.twitter.com/tYZZARcMoJ

Trump recently said that his decision to support Kemp ahead of the 2018 Republican gubernatorial primary runoff was "an endorsement that hurt us." Trump also said that Kemp was “in last place or just about in last place” at the time of his endorsement.

“I endorsed him, he ended up winning the election and he certainly was not very effective for the Republican Party, to put it nicely,” Trump said in an interview.

The former president has repeatedly condemned Kemp in recent months in the aftermath of the 2020 presidential election, saying at one point that he was "ashamed" of endorsing him. The traditionally Republican state has gone Democratic for the first time in decades in both the presidential and Senate runoff elections.

​Last week Trump made a concluding speech at the Conservative Political Action Conference in Orlando, Florida. There he hinted that he intends to run for president again in 2024. Following the violent events in DC on January 6, House lawmakers sought to bar Trump from running for office ever again in an impeachment trial on the charges of "incitement of insurrection". However, the former commander-in-chief was acquitted by the Senate.

Georgia was one of the key states in which Trump's campaign pushed for a revision of the vote. None of the claims of Trump's legal team filed in courts to challenge the election results and initiate a recount of the votes were ultimately successful.