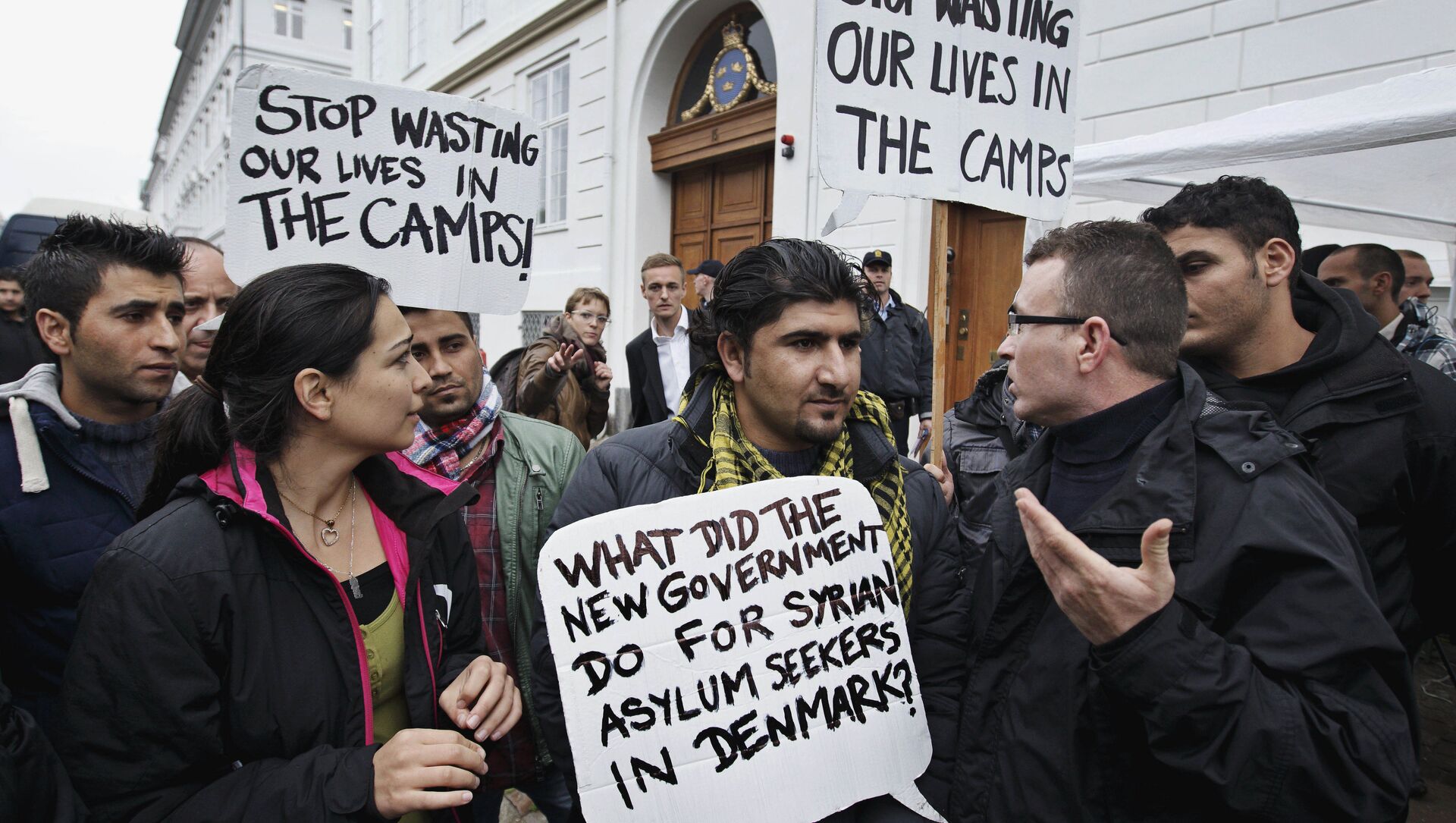 Igor Kuznetsov
All materials
While several consecutive Danish governments have renounced all cooperation with Bashar Assad, regarding him as a dictator, the Venstre party now suggests an exception to facilitate the return of rejected refugees, which is impossible to accomplish otherwise.

The liberal-conservative Venstre party, Denmark's largest opposition party, has suggested that the country could find a way to cooperate with Syrian President Bashar Assad to return refugees whose asylum applications have been rejected or withdrawn.

While several consecutive governments, including one led by Venstre, rejected all cooperation with Assad, the party now suggests an exception to facilitate the return of refugees, the newspaper Jyllands-Posten reported. The party’s immigration spokesman Mads Fuglede called for an agreement “in which we get Syria to take back its citizens”.

“I envisage an agreement around the framework for sending people back and some guarantees that they can return without facing persecution”, Fuglede said. “If Denmark doesn’t think that can be done, we should push for dialogue with the Assad regime at EU level”, he added.

To secure himself from criticism, Fuglede emphasised on Facebook that he was against recognising what he called “the Assad regime”:

“To keep the record straight, Venstre wants to neither recognise nor blue-stamp the Assad regime”, he said, calling it a “criminal dictatorship”, which is more consistent with Denmark's political rhetoric on Syria. “Still, we should discuss what to do with all the Syrian refugees in Europe as Syria has become safer around Damascus, and how they can safely return to their country”, he continued.

Still, the proposal to discuss a repatriation arrangement with Assad was flatly rejected by the governing Social Democrats. “It would send the completely wrong signal that we consider Assad to be the victor in Syria”, the party’s immigration spokesman Rasmus Stoklund told Jyllands-Posten.

Other parties also slammed Venstre for their apparent willingness to cooperate with Assad.

“It is completely wrong to cooperate with one of history’s worst dictators… just to look tough. It is people we’re talking about”, Social Liberal immigration spokesperson Andreas Steenberg tweeted.

​Even former Venstre Prime Minister Lars Løkke Rasmussen rejected his ex-party's proposal: “My position remains unchanged – we cannot and should not cooperate with the Assad regime”.

If they do not agree to leave voluntarily and if Denmark has no repatriation arrangement in place with their home country, rejected asylum seekers and others with no legal right to reside in Denmark are accommodated at so-called “departure centres”. This is the case for refugees from Syria, as Denmark has no cooperation with Assad.

Denmark has also signed the European Convention on Human Rights, which prevents the deportation of rejected asylum seekers, should they risk torture or persecution in their home countries.

Syrians in Denmark arrived primarily as asylum seekers during the Syrian civil war. According to Statistics Denmark, there are over 40,000 people of Syrian origin living in the country. Of those, over 35,000 are Syria-born with 33,000 are Syrian citizens.