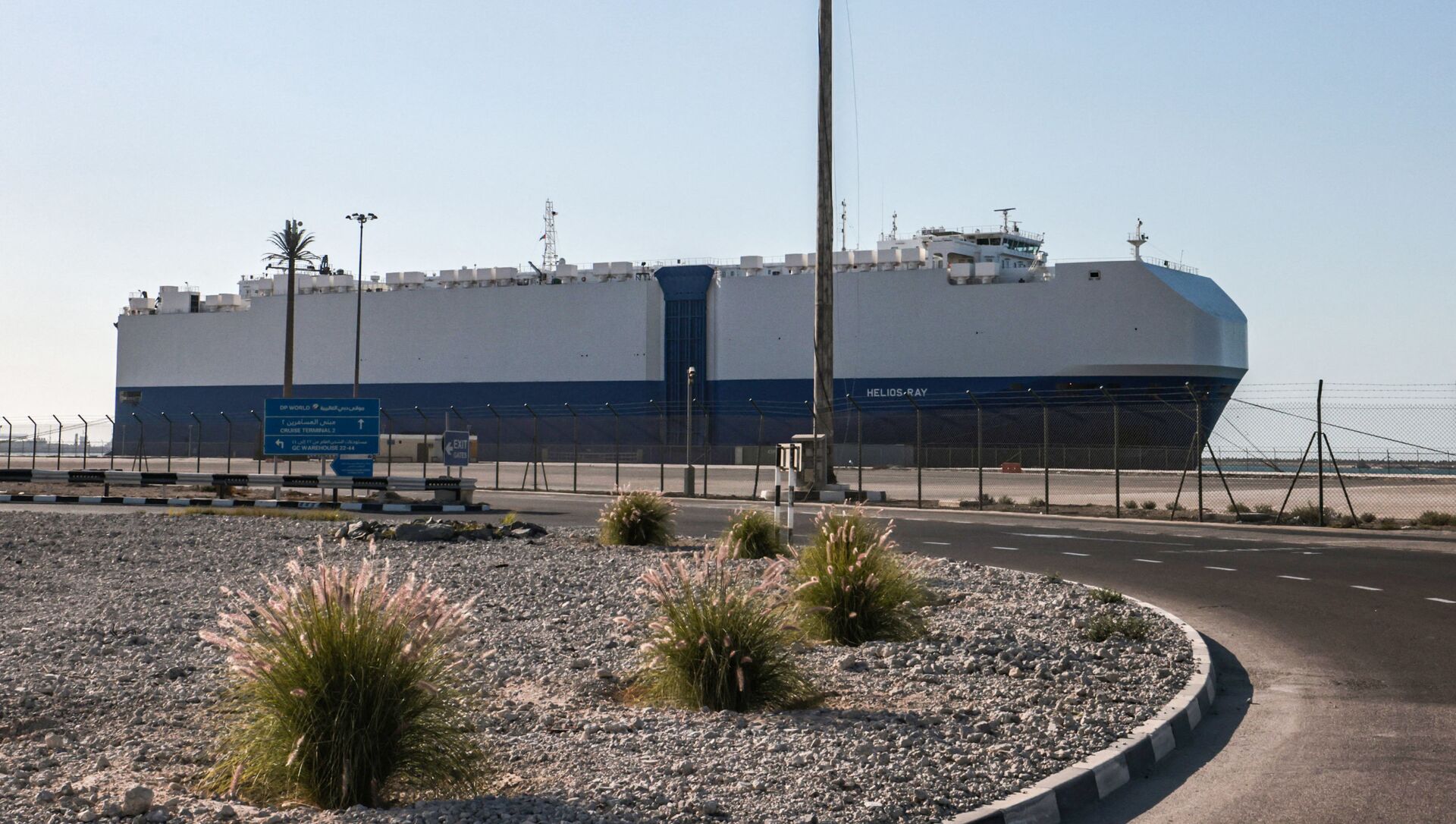 Oleg Burunov
All materialsWrite to the author
On Saturday, MV Helios Ray anchored in Dubai following Thursday's explosion. The latter did not cause any casualties, but prompted the vessel to anchor for repairs.

A group of security officials from Israel has been sent to Dubai to inspect an Israeli-owned cargo ship that was recently hit by an explosion in the Gulf of Oman, according to the Hebrew newspaper Haaretz. The Gulf of Oman connects the Arabian Sea with the Strait of Hormuz, which then runs into the Persian Gulf.

In a separate report, the news outlet Ynet claimed that Israeli investigators left the Jewish state for Dubai on Saturday to join a probe into Thursday's blast on board the Bahamian-flagged MV Helios Ray, owned by Israeli businessman Abraham Ungar, founder of Ray Shipping Ltd.

and more photos of post-explosion #Helios Ray in Gulf of Oman pic.twitter.com/iAnvujfqa3

The report comes as Israeli Defence Minister Benny Gantz told the nation's Kan News that he thinks Iran could be responsible for the explosion, which caused several holes in the port and starboard sides of the ship. The blast did not disable the vessel or cause casualties, but prodded the MV Helios Ray to anchor in Dubai for repairs.

Ynet, in turn, quoted unnamed Israeli officials as saying that they are "considering an appropriate response" and that "this [Iran's alleged involvement in the blast] will not be accepted silently". The Islamic Republic has not commented on the issue yet.

The sources also asserted that the MV Helios Ray was targeted as part of Tehran's efforts to take revenge for the assassination of prominent Iranian nuclear scientist Mohsen Fakhrizadeh in November 2020.

At the time, the Islamic Republic pledged a "calculated" response to the killing as Tehran pointed the finger at Israel, who remained tight-lipped on the matter.

On Thursday, the United Kingdom Maritime Trade Operations (UKMTO) reported, without providing further details, that a cargo ship was hit by an explosion in the Gulf of Oman at 20:40 GMT earlier that day. The UKMTO added that "investigations are ongoing" and that the "vessel and [its] crew are safe".

Iran Ready to Strike Israel in Event of 'Slightest Mistake' - Armed Forces Spokesman
The maritime risk-management firm Dryad Global then claimed that the blast took place as the vessel with 28 crewmembers on board was about 44 nautical miles (50 miles) from Oman's capital Muscat en route from Saudi Arabia to Singapore.

The explosion came amid growing tensions between the Islamic Republic and the US, which have been simmering since Washington's unilateral withdrawal from the 2015 Iran nuclear deal, also known as the Joint Comprehensive Plan of Action (JCPOA), in May 2018.