President's Trip to Lone Star: Why Texans Don't Buy Into Narrative of Biden Being Consoler-in-Chief 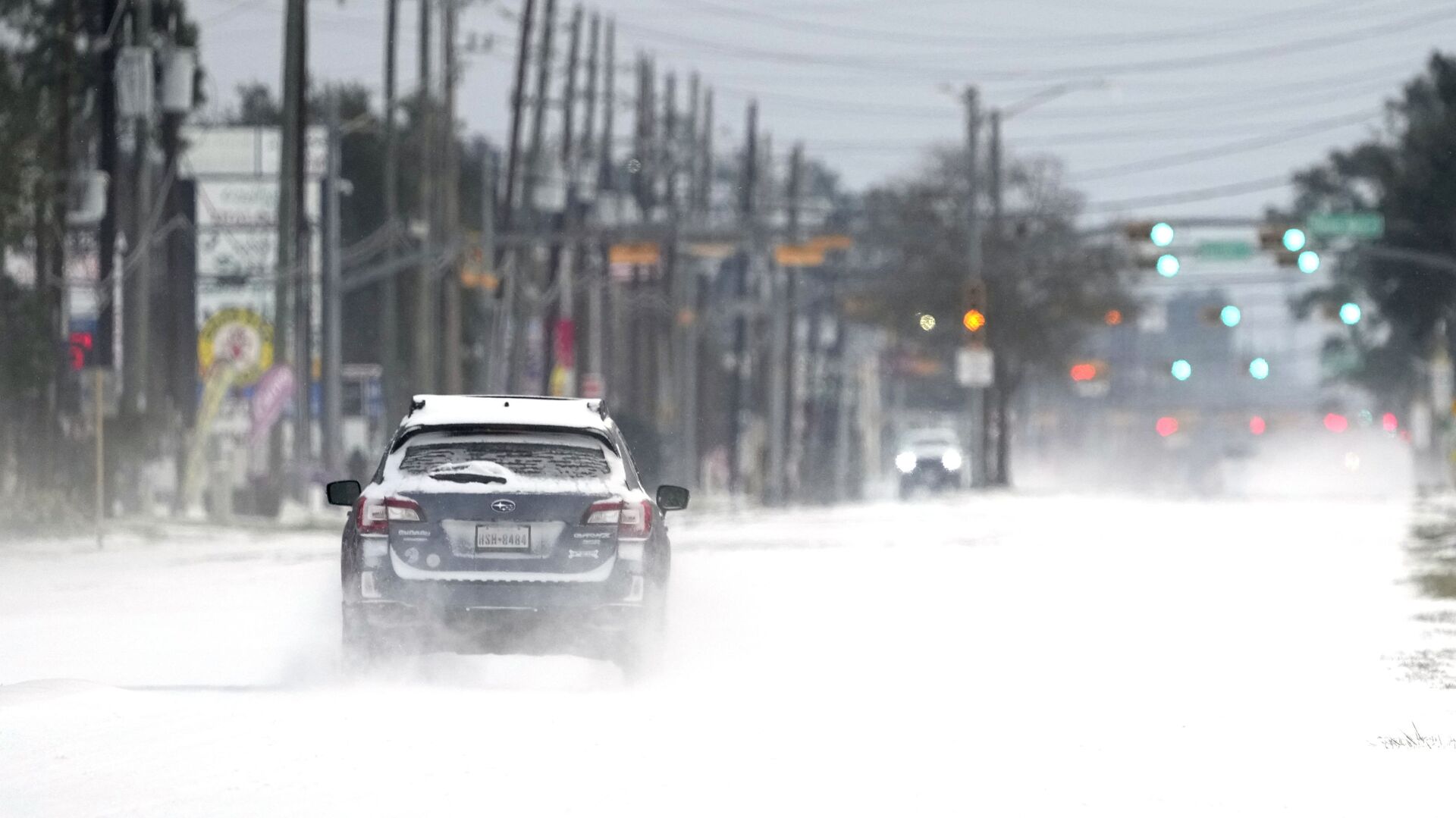 Ekaterina Blinova
All materialsWrite to the author
On 26 February, Joe Biden visited Texas, vowing to help the state recover after a blizzard disaster. The Lone Star State was severely hit by winter storms sweeping across the country between 10 and 17 February 2021, which led to power outages, food shortages, and problems with the water supply.

The latest winter storm could become "the costliest disaster" in Texas' history, "potentially exceeding the $125 billion in damage from Hurricane Harvey", The Texas Tribune highlighted on Thursday. On 20 February, Biden approved the Texas Disaster Declaration providing financial aid to the state. However, many rural Texan counties have been literally left out in the cold, according to the news outlet.

State is Split Over Biden's Performance

Biden's visit has prompted a heated debate on Twitter, with some Americans hailing the trip while the others have lambasted the president for coming "too late" to the winter storm-battered state.

"Thank you President Biden for visiting Texas and helping us to get back on our feet", wrote former Democratic Representative Beto O'Rourke.

"I mean it’s only been two weeks but hey at least 'his empathy will be on display'", tweeted Donald Trump Jr.

TDEM continues working to provide @fema all damage data submitted to us from Texans who have been impacted by #winterstorm2021.

We will continue to re-request federal assistance.

If you suffered damages, use this chart to determine which steps you should take next👇 pic.twitter.com/WvEpamthQv

​Similarly, the Texas electorate is quite split regarding Biden, with 45% approving his job performance and 44% disapproving, notes Jon R. Taylor, professor of political science at the University of Texas at San Antonio, citing a newly released poll by The Texas Tribune.

"This suggests that the electorate steadfastly remains in election mode", he says. "Will his visit change many hearts and minds? Probably not, but a presidential visit in the aftermath of a disaster is an opportunity to demonstrate leadership, empathy, and to announce additional support measures".

Still, it's unlikely that Biden will be able to score more political points due to his visit, according to Todd A. McKinley, a political analyst who worked for six years at the White House Communications Agency: "The people in Texas are smarter than to fall for the media’s narrative of Biden being the 'consoler-in-chief' like CNN called him".

"The traditional Republican voters aren’t going to be fooled by this, the Democrat voters on the other hand who’ve flooded the state in the recent decade are going to vote based on ideology anyway", the political analyst remarks.

Last week, instead of rushing to the frozen Lone Star, Biden visited the swing states of Wisconsin and Michigan, promoting his $1.9 trillion COVID relief bill which has come under heavy criticism from GOP deficit hawks. 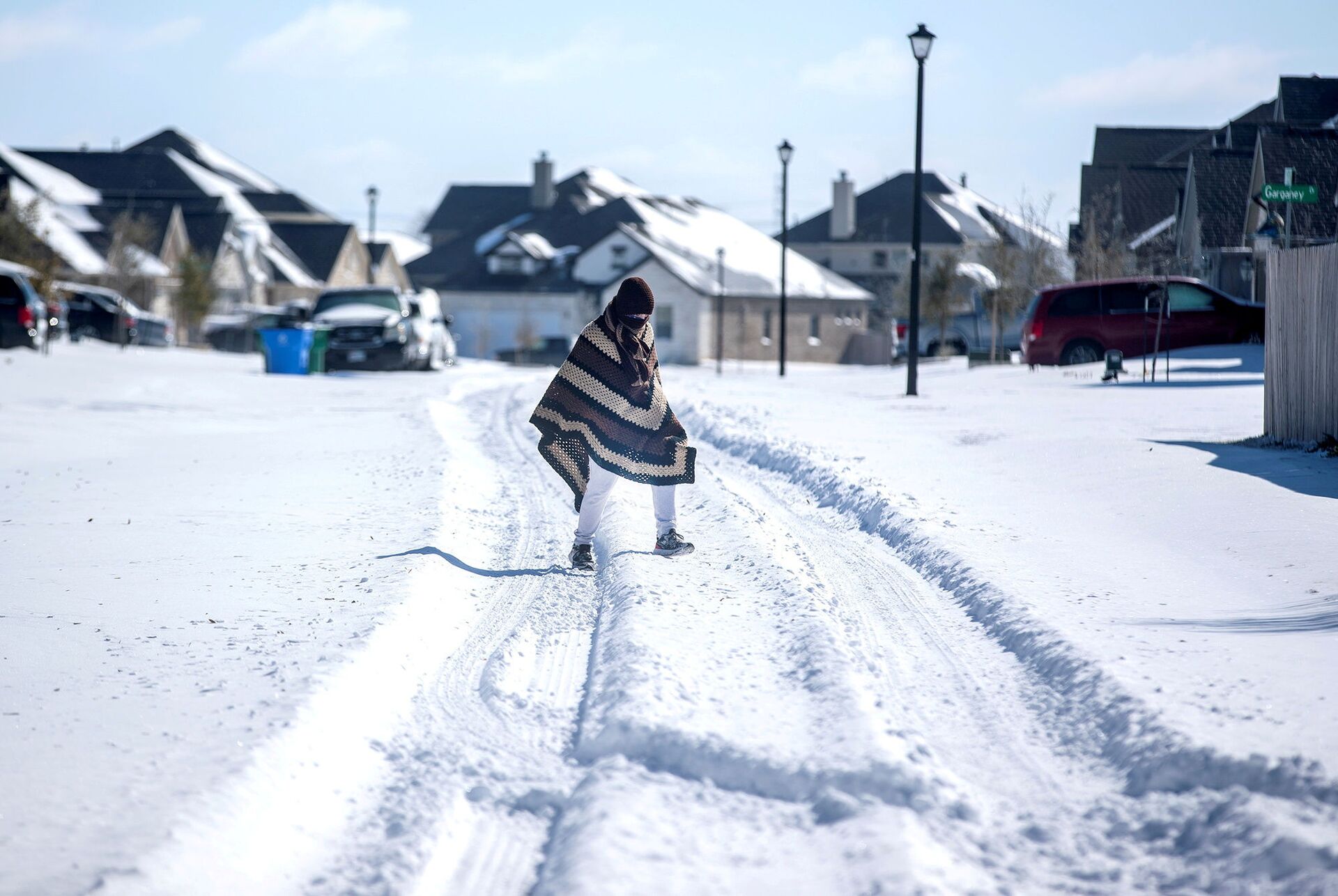 A man walks to his friend's home in a neighbourhood without electricity as snow covers the BlackHawk neighborhood in Pflugerville, Texas, U.S. February 15, 2021. Picture taken February 15, 2021
© REUTERS / USA Today Sports

"Another notable aspect of Biden's visit was who was absent from his visit to the state: Senator Ted Cruz", says Taylor, adding that while his counterpart, John Cornyn, joined Biden for his Texas trip, Cruz left for Orlando, Florida, to take part in the annual Conservative Political Action Conference (CPAC).

One wonders what impact his absence will have on his re-election chances in 2024, notes the professor, citing the fact that earlier the senator came under heavy criticism from both sides of the aisle for going with his family to Cancun, Mexico amid the winter storm in Texas.

It’s so fitting that Joe Biden is in Texas helping the state recover while Ted Cruz is in Florida at a conservative conference.

​"The main thing that will come out of this is the left’s media allies running glowing stories that paint Biden as a hero and Republicans, especially Ted Cruz, as uncaring and out of touch", suggests McKinley. 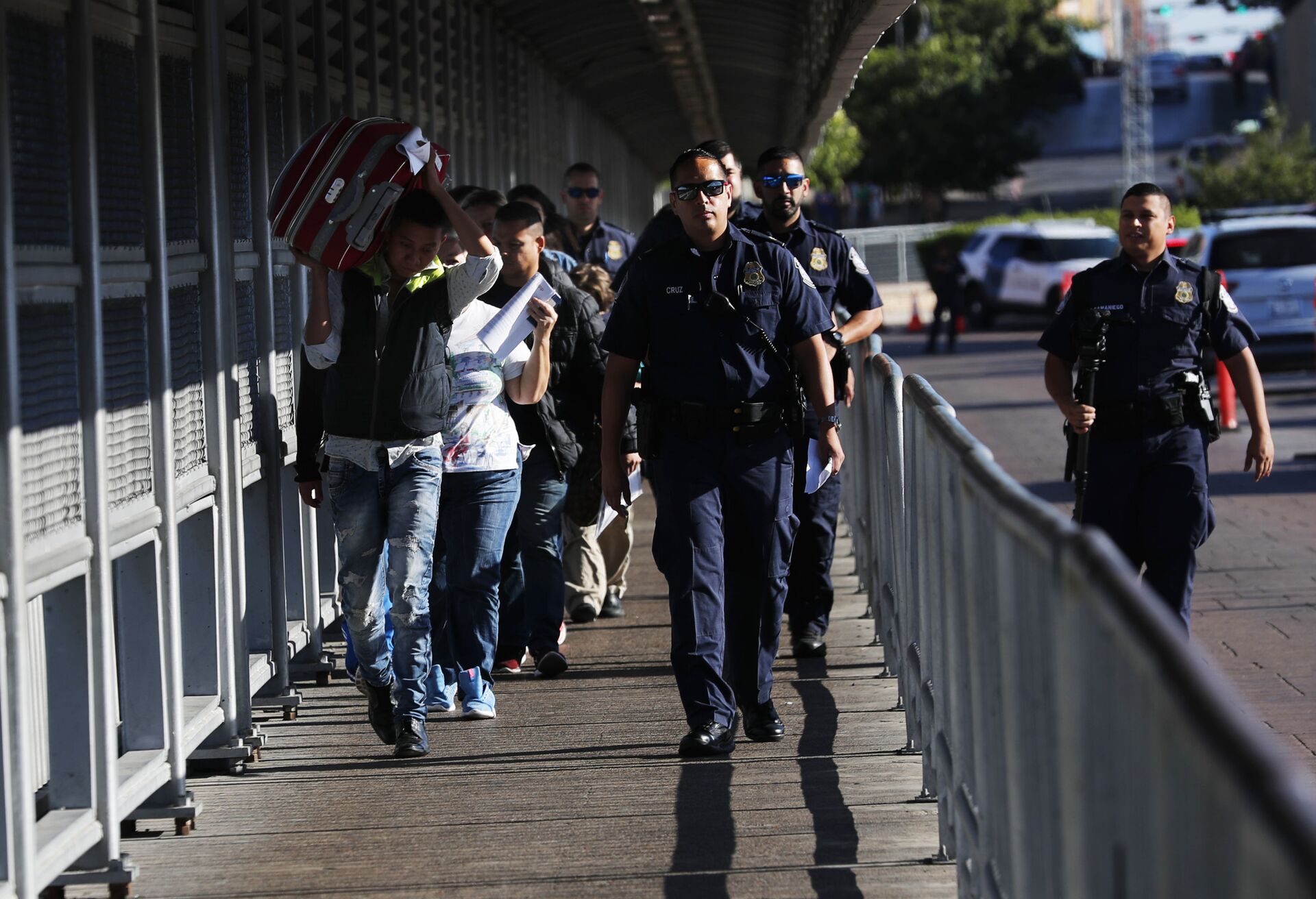 Texans Have Good Reasons to be Discontent with Biden

McKinley expresses scepticism over Joe Biden's vows to help the state get out of the crisis: "If he were serious about addressing the issues, he wouldn’t be trying to unilaterally destroy the fossil fuel and nuclear power industry without truly having a proven and reliable alternative", he highlights.

In addition to Biden's climate policies, which threaten to inflict serious damage on the state's energy producers, the president's border policies are also affecting the Lone State. Thus, Texan border regions have raised concerns over the influx of migrants, who are not being tested for COVID, amid the coronavirus pandemic.

Earlier, on 12 February, the White House announced that tens of thousands of asylum seekers would be allowed into the US after being restricted from coming under Trump era policies. According to AP, the first wave of an estimated 25,000 migrants started entering the US through three crossings: Brownsville and El Paso in Texas, and San Diego’s San Ysidro.

Seeing reports the Biden administration is going to push for amnesty. Here’s Bernie Sanders in 2015 arguing that global corporations use excess immigration to steal wages from the working and middle class. https://t.co/qLeCpjFwNB

"This order is essential to ensure the immigration laws are enforced", stressed Texas Governor Greg Abbott on 25 February, commenting on the development.