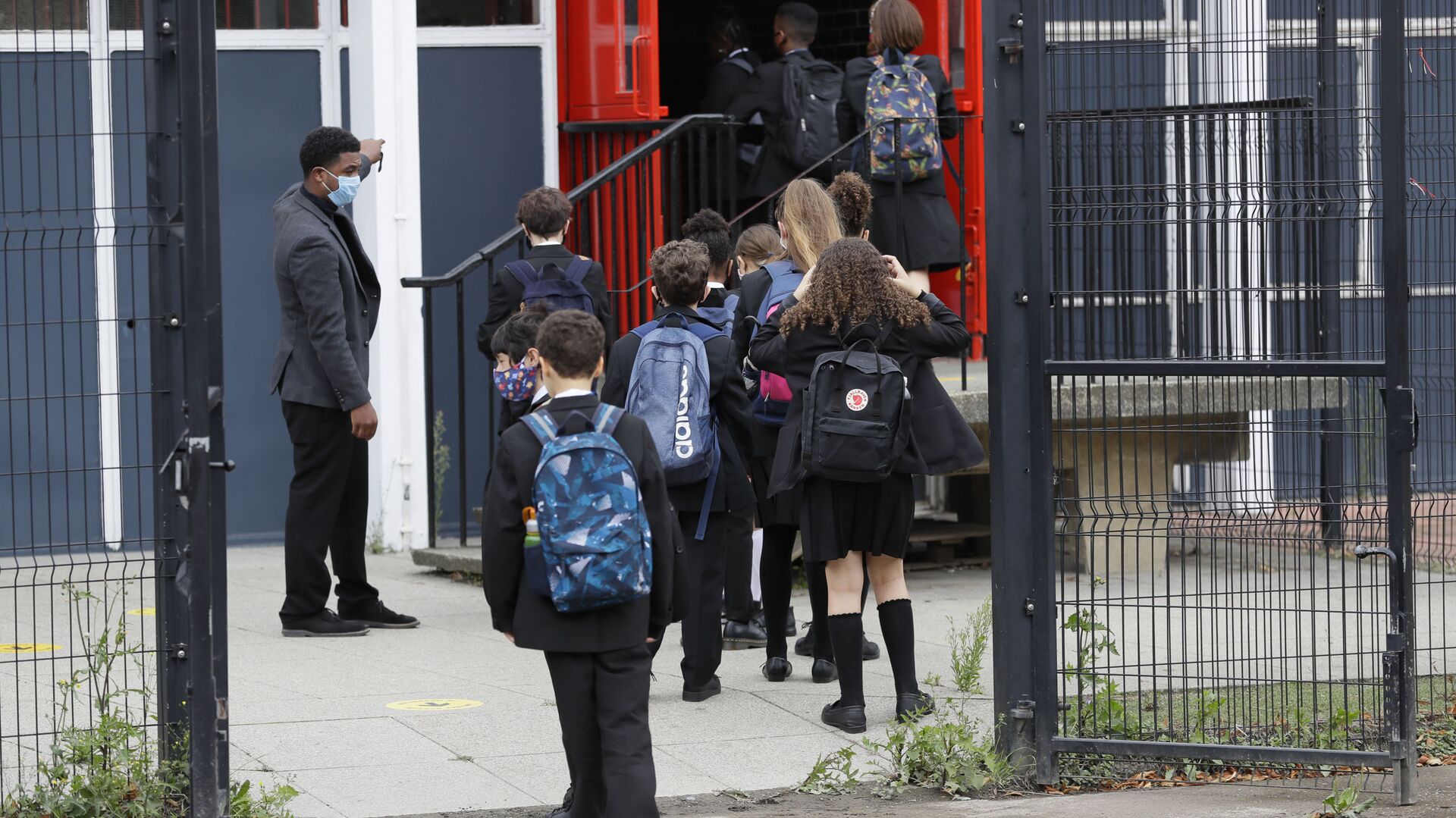 © AP Photo / Kirsty Wigglesworth
Subscribe
Svetlana Ekimenko
All materialsWrite to the author
In January the UK Education Secretary Gavin Williamson told MPs that after last year’s fiasco with GCSEs and A-levels, exams in the country were to be scrapped in 2021 in favour of assessed grades, with primary school SATs cancelled, as the government had decided to “put our trust in teachers, rather than algorithms”.

The controversial algorithms developed by the Office of Qualifications and Examinations Regulation (Ofqual) to award grades in the UK last summer, that were swiftly overturned after protests, will be scrapped this year in favour of granting teachers far-reaching powers to decide exam grades, reports The Guardian.

Education Secretary Gavin Williamson, who confirmed in January that exams would be cancelled for the second year in a row due to the COVID-10 pandemic, is set to announce the 2021 grading system in the Commons on Thursday.

“Although exams are the fairest way we have of assessing what a student knows, the impact of this pandemic now means that it is not possible to have these exams this year. I can confirm that GCSEs (The General Certificate of Secondary Education), A-levels and AS level exams will not go ahead this summer,” Williamson had told the Commons last month.

According to the new plan, to be published today by the Department for Education (DfE) and Ofqual, teachers will be required to assess over 1.2 million pupils in England “on what they have been taught”, relying on evidence of their choosing.

Underscoring that schools and colleges will be setting judgments and processes of their own, DfE stated:

“Teachers will be able to draw on a range of evidence when determining grades, including the optional use of questions provided by exam boards, as well as mock exams, coursework, or other work completed as part of a pupil’s course, such as essays or in-class tests.”

Schools will be urged to display “fairness and flexibility” in determining how they award A-level, GCSE and vocational grades to replace the summer exams discarded by the government earlier this year.

Students will be entitled to free appeals against their assessed grades, with exam boards arbitrating between evidence supplied by the two sides.

Furthermore, schools will not be required to use previous results as a reference, in what is being touted as a means of tackling the learning disparities among pupils due to coronavirus-generated school closures and other pandemic disruptions.

Last summer, as exams were cancelled due to the pandemic, grades in England were awarded after teacher assessments were adjusted via a specially developed algorithm. However, the approach was abandoned days later after a huge outcry slammed the ‘arbitrary’ results, and a system that was seen as ‘penalising more deprived pupils’, while private schools pupils’ saw their results increase under the algorithm.

Even after the Government's U-turn on the exam algorithm, which saw thousands of students have their A-level grades increased, able to use their previous predicted grades instead of the marked-down ones, the fallout wasn’t over.
Home schooled and private students found themselves likely to miss out on coveted university placements. Many of them were left with no grades, as they do not have school teachers, and exam centres do not have enough evidence of their academic level.

The error is suggested as having impacted around 20,000 private and home schooled students across A level, AS level and GCSE assessments.

The decision has been welcomed by school leaders as a ‘vote of confidence’, yet also sparked warnings from the Education Policy Institute (EPI) of an impending bout of “extremely high grade inflation”, as there is no definitive national guidelines on how the new rules are to operate.

“Without robust mechanisms in place which anchor the overall results at a level which is consistent with previous years, there is a danger that the value and credibility of this year’s grades are seriously undermined,” David Laws, former education minister chairing the EPI, was quoted as saying.

While approving the decision to award teachers the right to assess grades, Natalie Perera, the EPI’s chief executive, said due to lack of clear guidance, there was “a significant risk” of schools adopting different approaches.

“This could result in large numbers of pupils appealing their grades this year or extremely high grade inflation, which could be of little value to colleges, universities, employers and young people themselves,” warned Perera.

The importance of results being allocated consistently and fairly was underscored by Geoff Barton, general secretary of the Association of School and College Leaders.

“This year’s grades won’t be pegged to those of previous years, and grades may end up being higher overall than in normal times. This isn’t surprising because it’s a different system of assessment which takes into account a wider range of work than a set of exams and therefore gives students more opportunity to show what they can do. This seems the fairest approach in light of the huge disruption of the past year,” said Barton.

Universities have also been voicing concerns and pointing to last summer’s situation, when a record amount of top A-level grades were awarded, with admissions officers facing additional challenges of having to deal with an overabundance of qualified applicants. 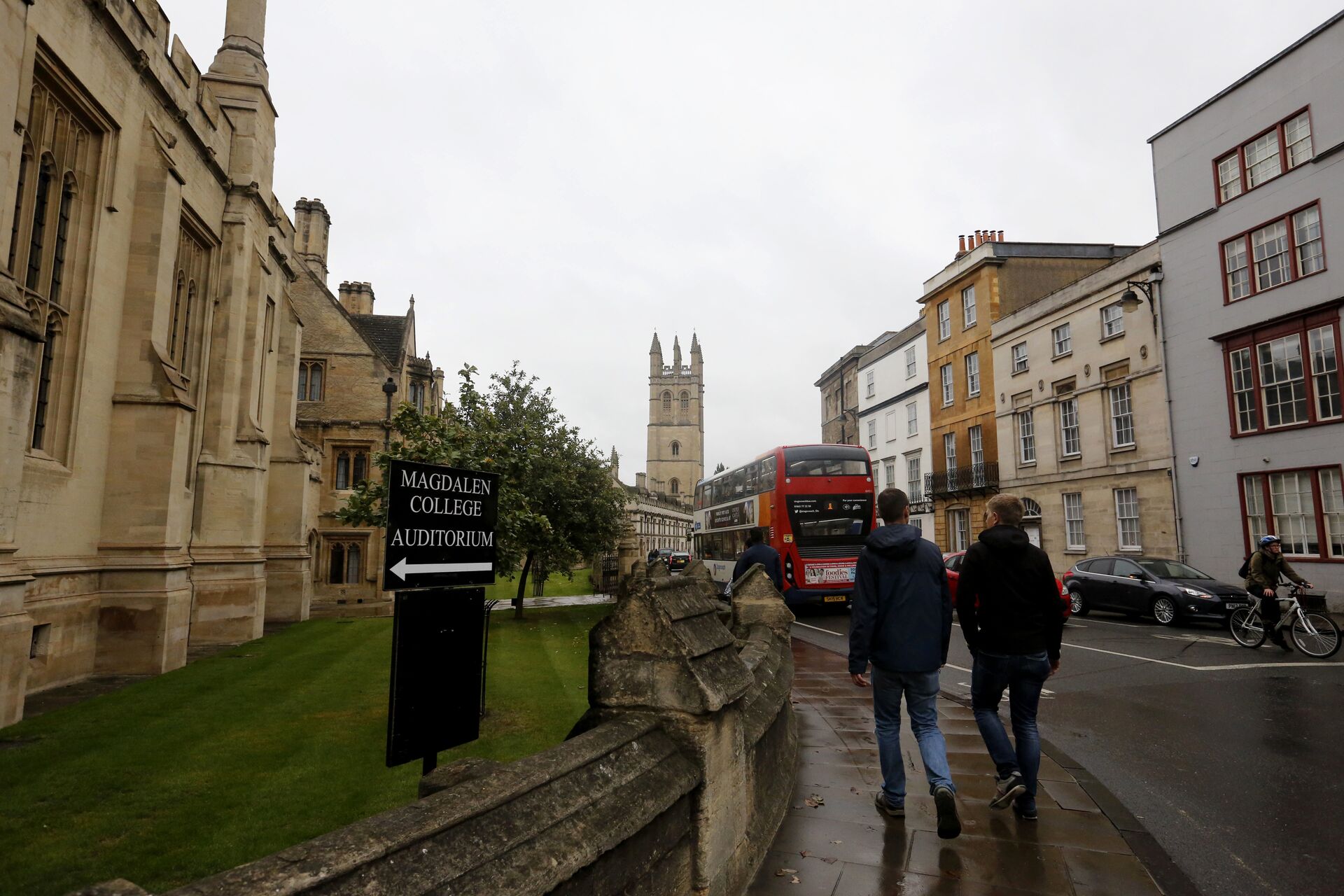 Early warning signals in autumn showed data for applications to higher education courses in places at Oxford and Cambridge surging, with a 20 percent increase in applications to medical schools across the country.

❕ UUK's @AlistairJarvis is quoted in today's @thetimes, responding to the latest undergraduate applications data from @ucas_corporate

Read the article in full here

​An advocacy organisation for universities in the United Kingdom, Universities UK, stated:

“University admissions teams will pull out all the stops to make sure that this year’s applicants get the opportunity to fulfil their potential at university. They will continue to be fair and flexible in their decision making including, as in any year, for those who choose to appeal their results over the summer.”

In the absence of national standards by the DfE, the only check on grade inflation will be at school level. Exam boards are tasked by Ofqual to monitor awards by means of random sampling, with schools displaying ‘unusual’ sets of results falling under additional scrutiny.

This year, results of A-levels will be published on 10 August, with the GCSEs announced on 12 August – earlier than usual to allow more time for appeals, with vocational qualifications like BTecs announced by the same date.

000000
Popular comments
THIS scheme should raise huge flags. Standardized testing is the only fair way to go. Period.