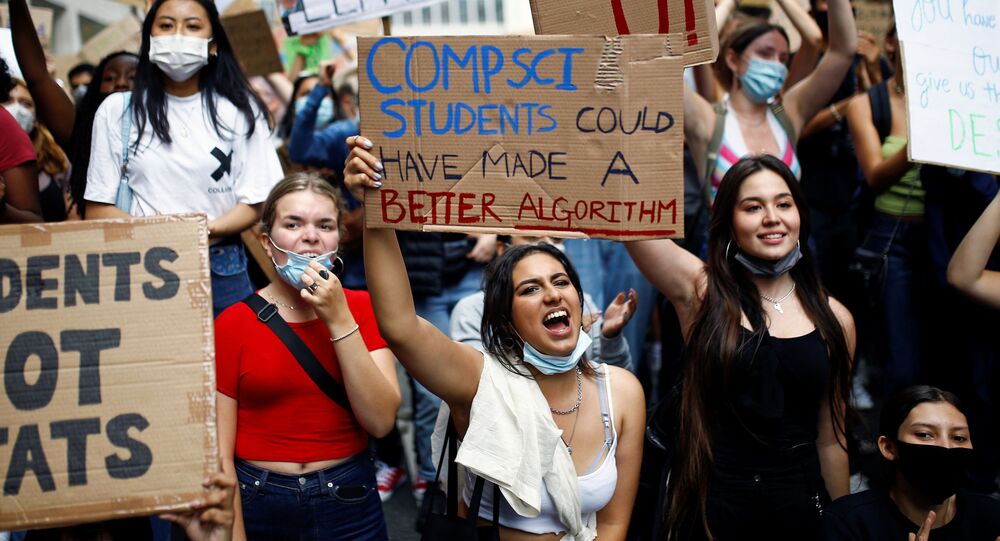 The United Kingdom has been embroiled in controversy after many A-level students, who were unable to sit their exams due to the coronavirus pandemic, saw their results significantly downgraded by a new algorithm.

Head of England’s exam regulator, Sally Collier, stepped down from her position on Tuesday amid the ongoing exams downgrading fiasco.

As the chief regulator and chief executive of the Office of Qualifications and Examinations Regulation (Ofqual), Collier headed the development of the now-scrapped exams algorithm that downgraded nearly 40% of A-level results across the country.

Ofqual has said her predecessor Dame Glenys Stacey will temporarily take over the role.

"The algorithm is actually pretty sensible given the enormous variables which were available to it for inclusion. They seem to have tried to keep it simple by concentrating on centres and teacher predicted scores. The problem is that algorithms have no understanding of human nature where those who seem to have got lower than predicted scores were horrified. No algorithm can cope with feelings. This has arisen as it was rushed out due to Covid. I am not blaming anyone too much here as in the real world, a system this complex would have been rolled out in small pilots and the feedback taken into account for the next iteration. This notion of downgrading might then have been better addressed", says Professor of Cyber Security at Ulster University Kevin Curran.

The professor added that it is sensible that they continue "to refine the algorithm otherwise they have to introduce continuous assessment in all components of school work so that they can eradicate the algorithm".

Williamson admitted that Ofqual was responsible for the U-turn that saw students able to use their previous predicted grades instead of the marked-down ones.

The controversy saw disadvantaged students being disproportionately downgraded, while private schools pupils’ saw their results increase under the algorithm.