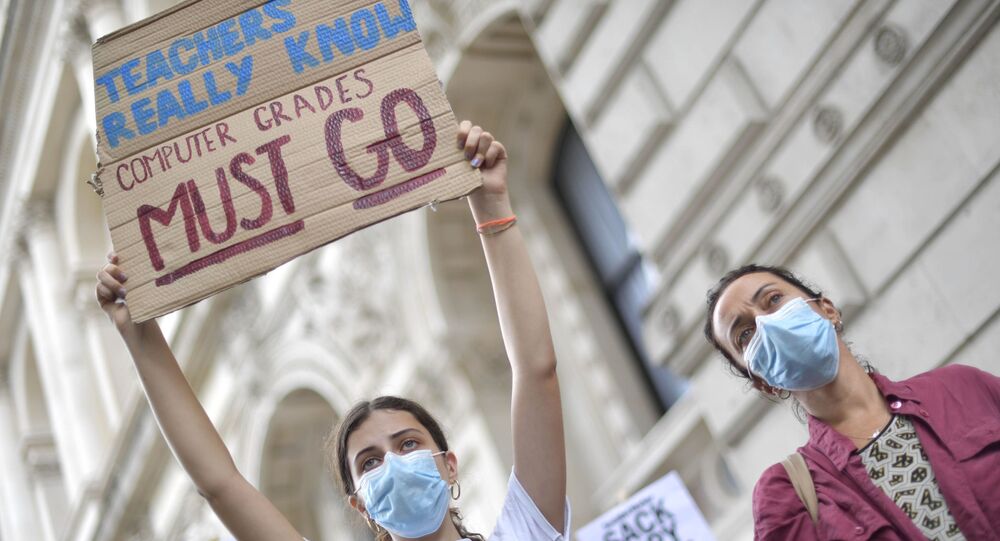 The United Kingdom has been embroiled in controversy after students across the country saw their grades downgraded from what their teachers had predicted. Students protested the government's move and demanded a reversal of the policy.

A-level and GCSE students in England, Wales, and Northern Ireland will be given the exam grades predicted by their teachers instead of those awarded by a controversial algorithm, Ofqual, the UK government department that regulates qualifications, announced on Monday.

"After reflection, we have decided that the best way to do this is to award grades on the basis of what teachers submitted. The switch to centre assessment grades will apply to both AS and A-levels and to the GCSE results which students will receive later this week", Ofqual chairman Roger Taylor said in a statement.

Ofqual said there was "no easy solution to the problem of awarding exam results when no exams have taken place" and that the body was asked by the Secretary of State "to develop a system for awarding calculated grades, which maintained standards and ensured that grades were awarded broadly in line with previous years".

"Our goal has always been to protect the trust that the public rightly has in educational qualifications", it added.

The government has been facing rising pressure for several days after the system downgraded students whose exams were cancelled this year due to the coronavirus pandemic and lockdown measures.

Nearly 40% of A-level marks were downgraded in England, and the system appeared to advantage private schools which saw an increase in the number of top marks compared with state comprehensives.

Scotland was the first nation in the UK to drop the moderated grades after the controversy and instead allowed students to use the original results predicted by teachers.