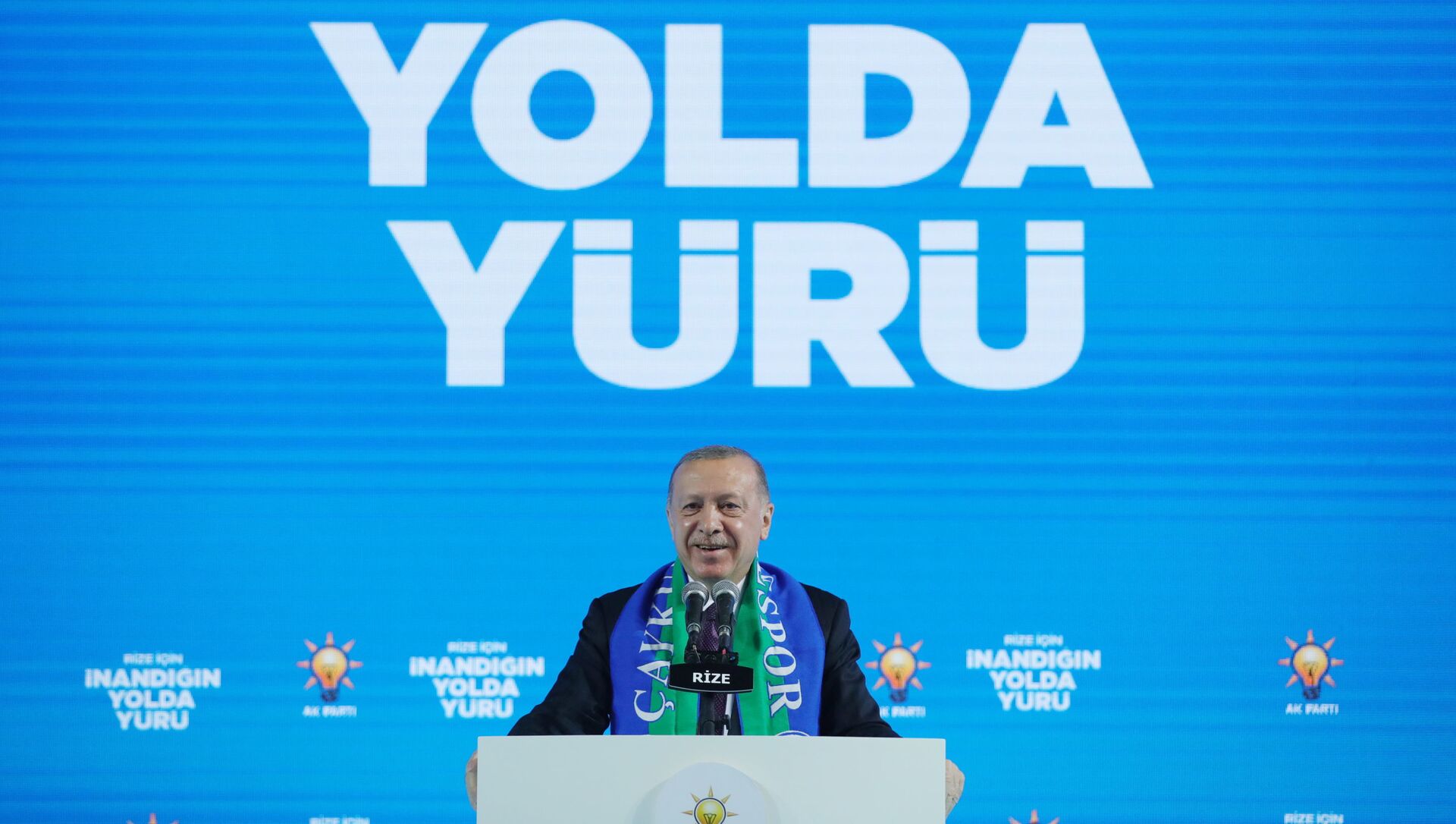 Asya Geydarova
Editor
All materialsWrite to the author
The relationship between Washington and Ankara has been complicated over Turkey's purchase of the Russian S-400 air defense system, as well as their conflicting views on the Kurds and the US' refusal to extradite Muslim cleric Fethullah Gulen, who the Turkish government has accused of involvement in the 2016 attempted coup.

“As Turkey, we believe our common interests with the United States far outweigh our differences in opinion,” Erdogan said, adding that Ankara wants to boost cooperation with Washington through “a long-term perspective on a win-win basis.”

Recently, media reported that Ankara had hired Washington-based law firm Arnold & Porter to lobby for its return to the F-35 jet programme, after its participation was suspended over the Russian S-400. Washington has urged Ankara to dispose of the S-400, which it deems a threat to the F-35 fighter jet program, as well as other NATO weapons systems. According to the US, Russia could allegedly use the air defense system to gather information on the advanced capabilities of the US aircraft.

Ankara, on the contrary, stated the S-400 air defenses would not be integrated into NATO systems and would not undermine the alliance's security. Erdogan also said earlier that US sanctions against his country over its purchase of S-400 show the United States’ disrespect toward an important NATO ally.

In July 2019, the US government announced that it was suspending Turkey's participation in the F-35 program over its purchase of the S-400 system. In December 2020, the United States also imposed sanctions on the Turkish Presidency of Defense Industries under the Countering America's Adversaries Through Sanctions Act (CAATSA).