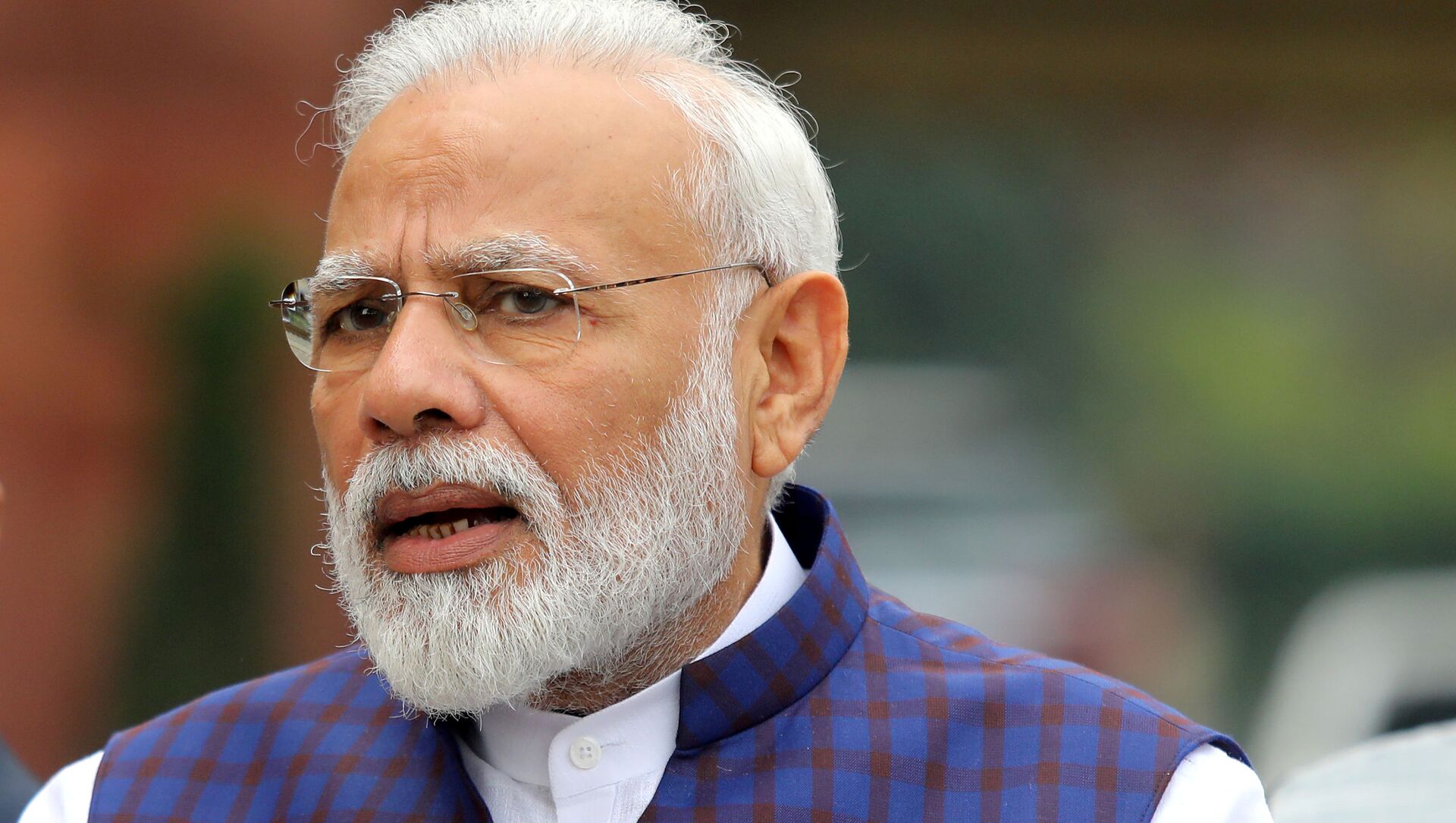 Dhairya Maheshwari
All materials
The farmer protests in India have attracted significant global attention, not only from lawmakers, but also from global celebrities such as Rihanna and Mia Khalifa. The Indian Foreign Ministry has warned foreign individuals against meddling in the country's internal matters

Indian Prime Minister Narendra Modi on Monday warned citizens to save themselves from the influence of a "foreign destructive ideology", as he was speaking in the federal parliament on the farmers’ agitation in the country.

“Some people are trying to create unrest in India. We should not forget what happened with Punjab. In 1984, Punjab suffered the most. What happened in Jammu and Kashmir and the northeast region hurt India. Sikhs are being misled. The country is proud of the Sikhs", stated the top Indian leader, while replying to a Motion of Thanks address delivered by the country's President Ram Nath Kovind at the end of the recent budget session of parliament.

"The country needs to be saved from this FDI (Foreign Destructive Ideology)", Modi added, referring to a recent surge in international support for the farmers’ agitation.

The farmers’ protests in India have become a global cynosure of sorts, with international celebrities such as pop sensation Rihanna, ex-porn star and model Mia Khalifa, and Swedish environmental activist Greta Thunberg taking to social media earlier this month to voice their concerns for the Indian farmers.

The comments by global celebrities prompted a strong reaction from New Delhi, which warned foreign individuals and entities against interfering in the country's domestic matters.

“Before rushing to comment on such matters, we would urge that the facts be ascertained, and a proper understanding of the issues at hand be undertaken. The temptation of sensationalist social media hashtags and comments, especially when resorted to by celebrities and others, is neither accurate nor responsible”, said a statement by India’s External Affairs Ministry on 3 February.

The outpouring of foreign support for Indian farmers has also become a subject of police investigation in the country, with Delhi Police alleging an international “conspiracy” to defame the government.

The Indian farmers have been demanding the withdrawal of three federal farm laws that were passed in parliament last year, as they claim that the legislations would give corporates more leverage in business transactions at the time purchasing their produce.

The Indian government, however, has defended the farm laws in the face of protests by farmers and opposition political parties. Prime Minister Modi has consistently maintained that the new laws would lead to a boost of Indian farmers’ income by providing them with more options to sell their produce.