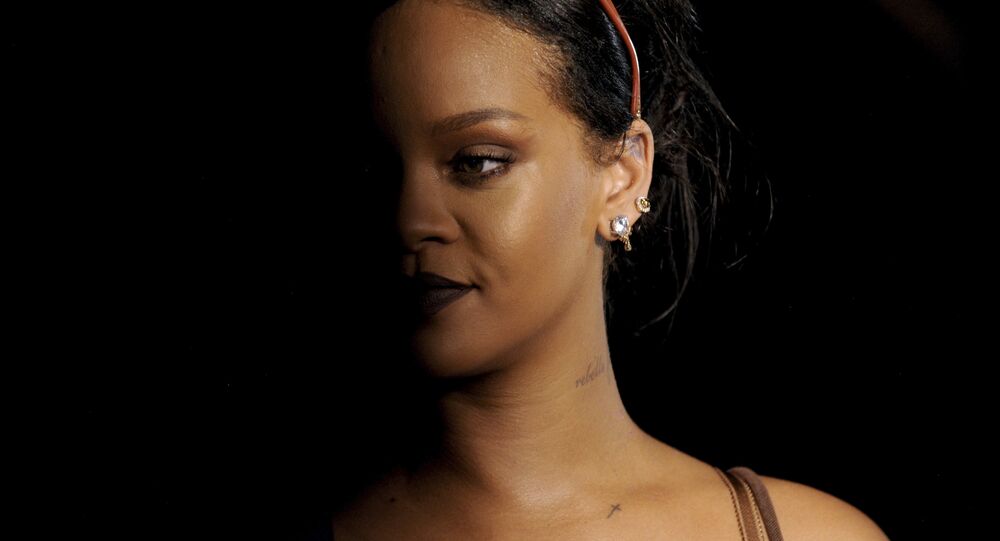 Over the past few days, the Indian government has taken a firm stand against thousands of agitating farmers, cutting off the protest sites from rest of the world by suspending internet services and electricity. Farmers are demanding the complete rollback of recent agricultural laws passed by the Modi government.

Swedish environmental activist Greta Thunberg has extended her support to the farmers protesting in India on micro-blogging site Twitter, saying "We stand in solidarity with the #FarmersProtest in India".

​The teen activist's post came after pop icon Rihanna shared a news article from CNN highlighting the Indian government's crackdown on the farmers by cutting off internet services on the border areas of the capital Delhi.

The CNN article mentioned that internet access remained blocked in many districts of Delhi following clashes that erupted on 26 January (Republic Day) in the capital city.​

"World must stand in solidarity with Indian farmers", Jamie Margolin, the noted environmentalist posted on the micro-blogging site.

It is important that the world stand in solidarity with Indian farmers!

Farmers are on the frontlines of the climate crisis. Without farmers, there is no food.

The people united will never be defeated #FarmersProtest

I stand with the #FarmersProtest.

UK MP​ Claudia Webbe thanked pop star Rihanna for highlighting the news. She is not the first British parliamentarian to support the farmers, Sikh Labour MP Tanmanjeet Singh Dhesi has also taken up their cause. In December 2020, he made a statement in the UK parliament, saying "Will the Prime Minister (Boris Johnson) convey to the Indian Prime Minister (Narendra Modi) our heartfelt anxieties, our hopes for a speedy resolution to the current deadlock".

Solidarity to the Indian Farmers.

In an era where political leadership is lacking we are grateful for others stepping forward#FarmersProtest pic.twitter.com/jdZnGWURBl

The unfolding events in India are troubling. As a member of the Foreign Affairs Committee, I am closely monitoring the situation. The right to peaceful protest must always be respected. #FarmersProtest

​However, some netizens reacted to Thunberg's tweet and suggested that she needs to read more on this issue. They replied to her tweets, noting "But before that sit once & read about the issue", and "It's unfortunate that people think that they know the issue".

It wud benefit her if she reads upon things, probably going to school wud help.

One of the major demands in their manifesto is to allow stubble burning. Knowing and having followed your work and being from the sustainability sector myself, I find this tweet to be a product of half baked knowledge.@GretaThunberg : Read up.

Millions of climate activists around the World are now with the farmers of India! 🇮🇳✊🏻❤️ #FarmersProtest @LicypriyaK @vanessa_vash @GretaThunberg

Solidarity from different parts of the world for our farmers.
Take action now!

Foreigner Intervention is not required.

India and it's farmers can make do without your support for either.

U pls concentrate on #ClimateChange only.

​Reacting to comments made by foreign individuals and entities, the Indian Foreign Ministry issued a statement today. The ministry slammed the statements as "not accurate". The statement said, "The temptation of sensationalist social media hashtags and comments, especially when resorted to by celebrities and others, is neither accurate nor responsible. Before rushing to comment on such matters, we would urge that the facts be ascertained and a proper understanding of the issues at hand be undertaken".

Thousands of farmers have been opposing three laws: the Farmers' Produce Trade and Commerce (Promotion and Facilitation) Act 2020, the Farmers (Empowerment and Protection) Agreement on Price Assurance and Farm Services Act 2020, and the Essential Commodities (Amendment) Act 2020.

The farmers have been protesting on the outskirts of Delhi since 26 November 2020 and have blocked roads in the Indian states of Uttar Pradesh and Haryana as they demand a complete rollback of recently-passed agricultural laws by the central government.