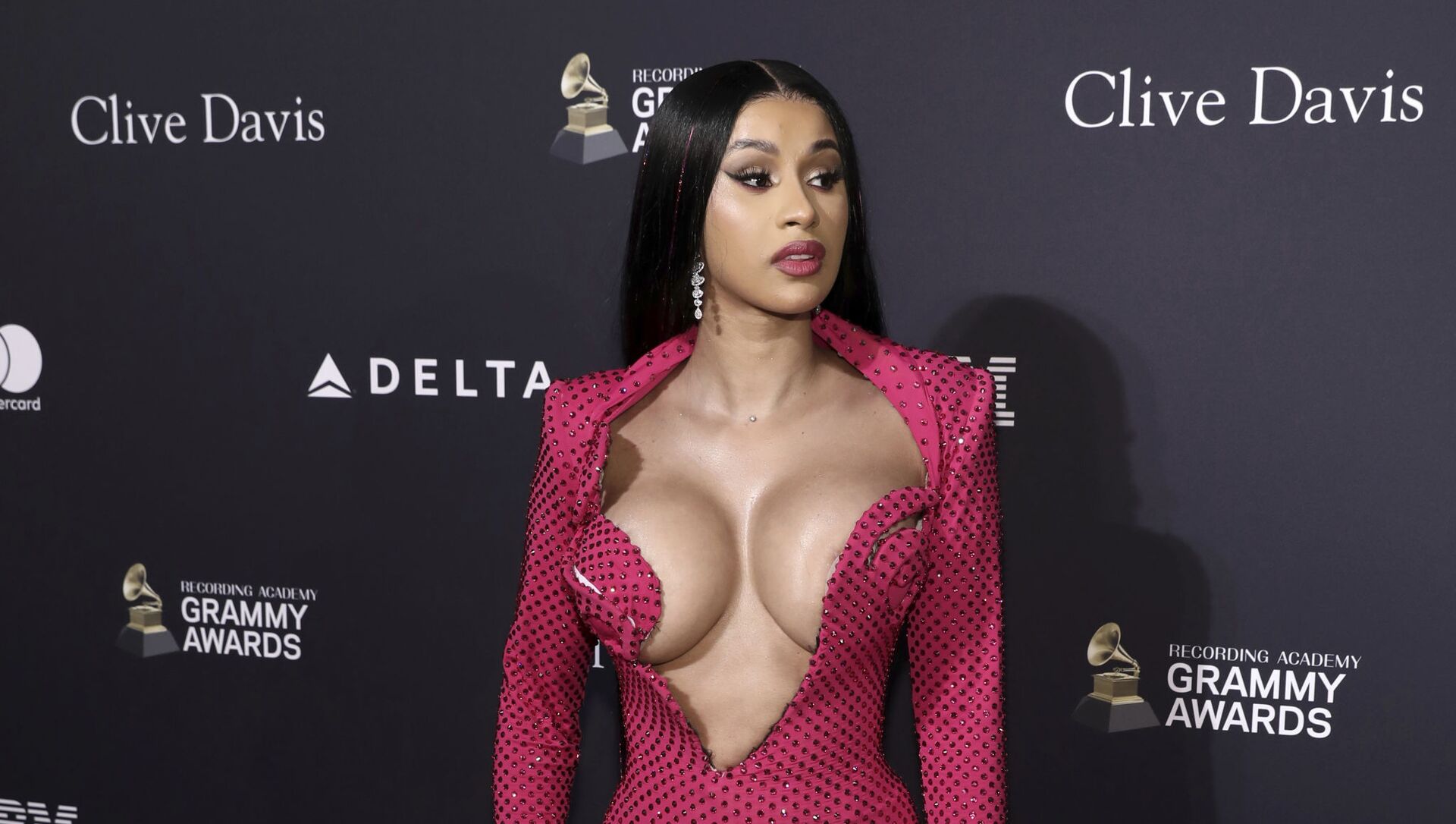 © AP Photo / Mark Von Holden
Subscribe
Max Gorbachev
All materialsWrite to the author
The 28-year-old rapper is no stranger to making provocative songs and videos. Last August, she released a video to the song WAP (wet-a** p***y) where she slipped into outfits that barely covered her private parts.

Cardi B has caused a stir on social media with her new music video "Up", which at the moment of writing has been viewed more than 2 million times. In the opening scene, the Grammy laureate stands next to a tomb of the year 2020, wearing high heels, pantyhose, and a black corset (why, what else one should wear to a funeral?).

Then the video shows Cardi B as a Rolls-Royce mascot dressed in a revealing white outfit. In another scene, the rapper twerks on the tomb of 2020 (let's face it, it deserves that) and says that young men experiencing financial problems will have a hard time finding a significant other:

All of this would have been enough for other female rappers, but Cardi B decided to up the ante. In the video she also appears in the company of mermaids, who start licking each other's tongues.

In yet another scene, she wears a plastic see-through dress that leaves nothing to the imagination. For some reason she lies on a glass table with a naked white man inside of it then later Cardi B looks like Medusa, but instead of venomous snakes her hair tips have heads of Barbie dolls.

It appears the video has not left anyone unmoved.

​Users praised the 28-year-old for her versatile outfits and rapping skills.

YOU REALLY MANAGED TO PUT ALL OF THIS IN 2:50 ??? YOU’RE IMPECCABLE !!! @iamcardib pic.twitter.com/95gPrfXTmZ

​Others joked about the provocative scenes in the video.

Mom: lets watch a scene from the Disney movie #Up on YouTube .#CardiB comes on instead
Kids reaction... pic.twitter.com/kqiJttiBQF

Beyoncé once said in an interview "people don't make albums anymore they just put out a low bunch of singles and they burn out and they put out another one" she went on and said "people don't even listen to a body of work anymore.." 😕 and I feel like that's WatsUp here.

​One user claimed the lyrics in the chorus were stolen.

I think some them lyrics stolen!! pic.twitter.com/G11Kd2Ve4s