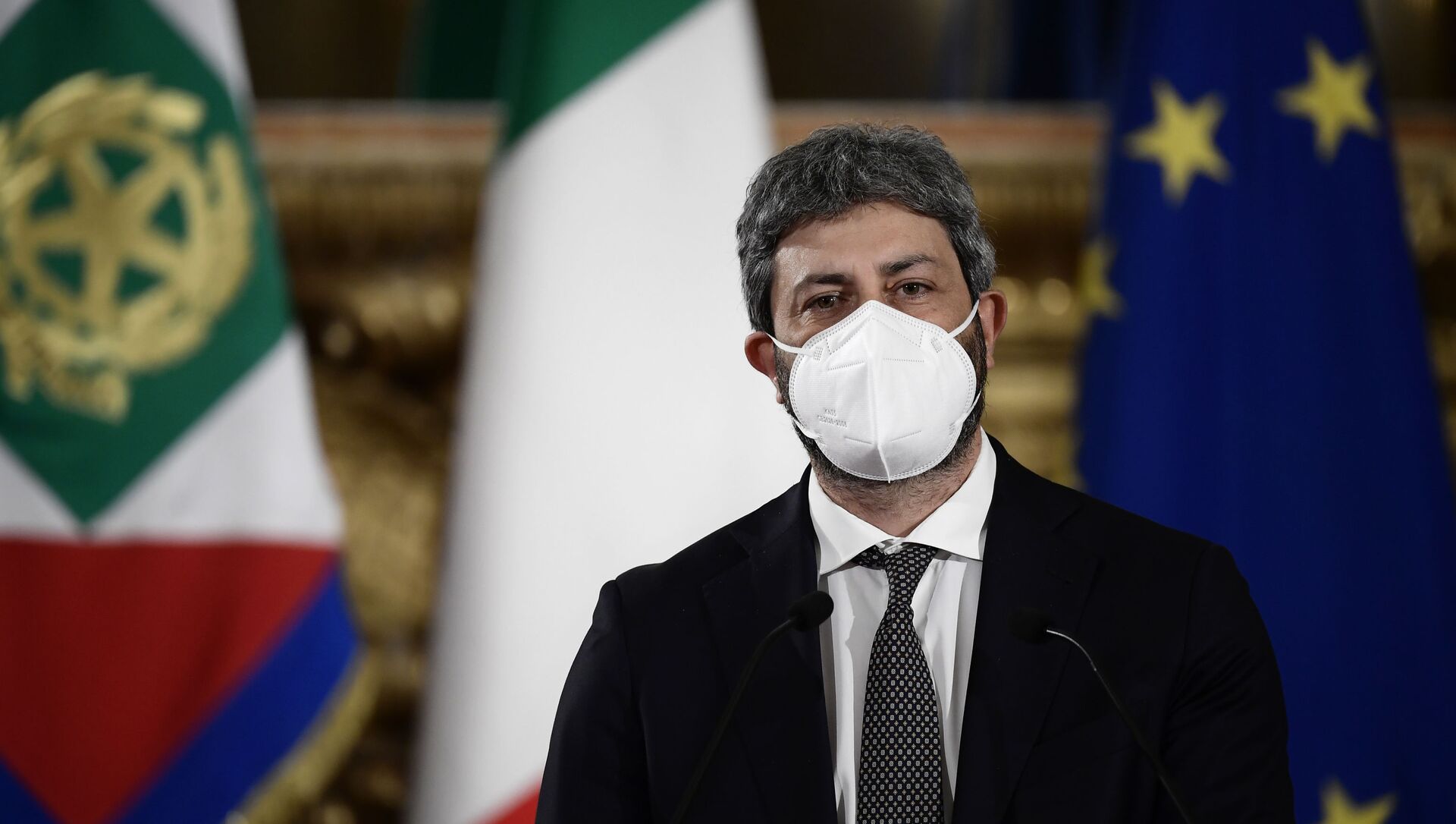 © AP Photo / Filippo Monteforte
Subscribe
International
India
Africa
Kirill Kurevlev
Managing Editor
All materialsWrite to the author
At the end of last month, following major criticism of his handling of the coronavirus pandemic, Italian Prime Minister Giuseppe Conte issued a formal letter of resignation, thus meaning the task to form a new government will pass to another politician.

The president of the Italian Chamber of Deputies, Roberto Fico, said Tuesday that the lower house of the parliament has not managed to find a parliamentary majority to form a new government, as was asked by the nation's president, Sergio Mattarella.

"The explorative mandate that the president of the republic has given me finishes today. After the round of consultations with the political forces that used to support the previous government I initiated a discussion on program issues among these political forces. I reported to president Mattarella the outcome of my mandate. At the moment differences remain, in light of which I have not registered a unanimous availability to form a new [parliamentary] majority," Fico said in a statement after his meeting with the president.

He thanked Mattarella for the trust given to him and said it had been "an honor to have been able to contribute in such a delicate moment for the country."

Mattarella in his turn said he was ready to give the mandate for the formation of a new government to address urgent issues.

The president also invited the former head of the European Central Bank, Mario Draghi, according to his spokesman. Mattarella is expected to give Draghi a mandate to form a government.

The economist will arrive at the Quirinal Palace on Wednesday noon (11:00 GMT).

Failing to form a new government could mean that Italy may hold a snap parliamentary election, two years ahead of schedule.

Earlier, last Friday, the Italian president instructed Fico to hold consultations to get the country out of the government crisis. This so-called explorative mandate aimed at verifying the possibility of a political majority made up of groups that used to support the previous government led by Giuseppe Conte.

He was asked to report on the results by February 2.

Prior to the resignation, Prime Minister Conte, who had presided over a center-left coalition, survived a vote of confidence in the Chamber of Deputies. Then he won a vote in the Senate, but did not gain an absolute majority.

The vote of confidence came after ex-Prime Minister Matteo Renzi removed his liberal party, Italia Viva, from the governing coalition and said he would only return if a string of demands were approved by Conte.

In particular, Renzi is opposed to Conte's proposal to shell out 209 billion euros in total EU recovery funds for the COVID-19 crisis, a large portion of the 750 billion euros EU rescue fund.