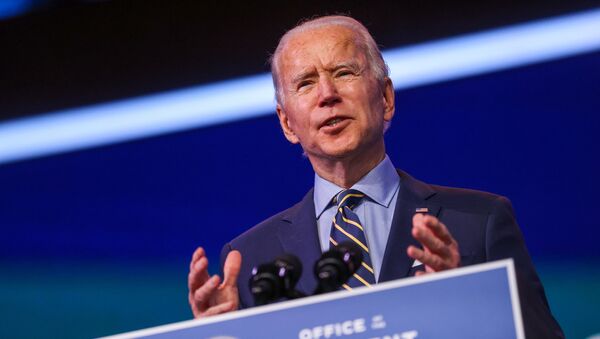 Ekaterina Blinova
All materialsWrite to the author
On 14 January, President-elect Joseph Biden unveiled his $1.9 trillion economic recovery proposal, titled the American Rescue Plan. International economic observers have discussed why the president-elect's plan has prompted controversy despite being lauded by the US mainstream press.

Joe Biden's relief initiative, which includes direct payments of $1,400 to most Americans, an increase in the federal per-week unemployment benefit as well as a multi-billion package to facilitate the national vaccine programme comes, as jobless claims totaled 965,000 last week. According to the US Bureau of Labour Statistics, total non-farm payroll employment declined by 140,000 in December due to the spike in COVID cases and efforts to curb the pandemic. Unemployment remains at 6.7%, with nearly 10 million of the 22 million Americans workers who lost their jobs remaining out of work.

"Now you've got over 10% of the American workforce unemployed," says Steve Keen, a UK-based professor of economics. "You have a complete crash in finance. If you look at what's happening in the private sector, I'll show you this. This is the level of private debt. It's going north. The people are borrowing large amounts of money just so that they can pay their financial commitments. This is both companies and households. So it's a huge increase in the amount of money they're borrowing. But it's like accessing your credit card to pay your mortgage – the dangerous debt."

If the government does not step in, many people will go bankrupt, Keen says, adding that Joe Biden's American Rescue Plan is aimed at tackling the problem: "In this situation, it's absolutely ridiculous to not do something like what Biden is doing here," argues the economist.

The plan includes the right elements to get the US out of the credit crisis on a stronger footing, believes Gregory Daco, chief US economist at Oxford Economics USA.

"That means that we will see checks to families", Daco says. "We will see expanded and extended unemployment benefits. We will see increased aid to small businesses, and we will see expansion of spending at the state and local government sector, which includes funding for preschool. As it currently stands, it has the right mix of short-term relief and sustainable actions to ensure a strong recovery, especially on the health front."

The US media, Democratic congressmen as well as Republican Senator Marco Rubio and Representative Kevin Brady of Texas have already lavished praise on Biden's plan as one that could save the country's economy. Nevertheless it came under criticism from a number of Republican lawmakers, with Rep. Dan Crenshaw (R-Texas) alleging on Twitter that Team Biden was merely "plagiarising the last relief bill" passed in December 2020. 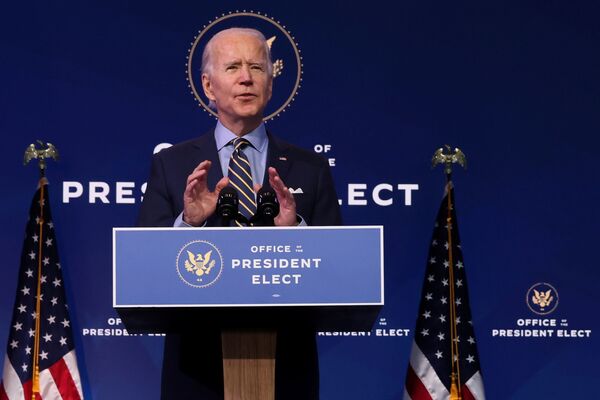 "It is not really a Biden plan", says Dr. Paul Craig Roberts, an American economist and former assistant secretary of the Treasury for economic policy under President Ronald Reagan. "It is a repeat of the previous two efforts to provide money to people whose incomes declined or ceased because of lockdowns."

Of course, some money is better than none, the economist says, but these are one-time payments, not weekly or monthly aid, and they are "much too small to replace the lost job or business income". The proposed strategy does not boost the economy but just tries to keep people's heads above the rising water for a bit longer, according to Dr. Roberts.

"It most certainly cannot save the country from the economically devastating effects of the lockdowns," stresses the former Reagan official. "The lockdowns are destroying small businesses and the jobs of employees of small businesses. Owners of retail rental space are also being destroyed and are not able to pay their mortgages, so this causes trouble for lenders. Closed businesses don’t pay rent. The purpose of the praise for Biden is to create an image of success. A better solution would be to end the lockdowns." 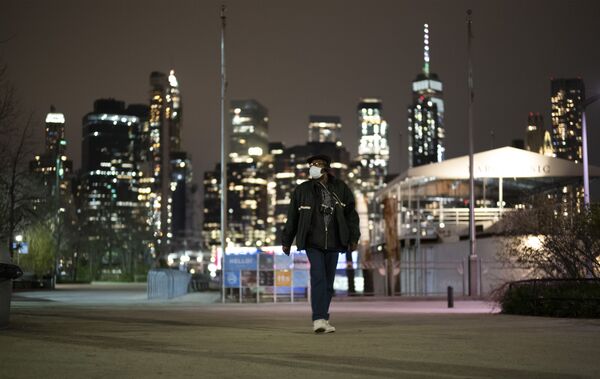 A man wearing a mask walks through Brooklyn Bridge Park, Tuesday night, April 14, 2020 during the coronavirus pandemic in New York. Known as "The City That Never Sleeps," New York's streets are particularly empty during the pandemic.
© AP Photo / Mark Lennihan

'One Cannot Save the Economy by Printing Money & Issuing Debt'

The adoption of Biden’s $1.9 trillion stimulus plan will bring the total fiscal stimulus delivered to the US economy since the beginning of the crisis to $5.2 trillion. One might wonder as to where the government will take extra money from, given that the economy remains hit by the coronavirus-related recession.

"The money comes from deficit financing, so it would come from essentially increased issuance of Treasury bonds and I don't think that's at all a concern at this stage," says Gregory Daco.

Still, there is more to "creating money" than meets the eye, according to Dr. Paul Craig Roberts. He explains that the US Treasury does not have $1.9 trillion and it will have to borrow the money by selling bonds.

"One question is whether the Treasury can sell $1.9 trillion in new debt when the rate of interest is likely negative," the economist says. "The Federal Reserve might have to purchase the bonds by creating $1.9 trillion new dollars, which could affect the dollar’s exchange value and/or scare Wall Street by the increase in the federal deficit and national debt."

After the Fed creates this money, investors might buy some of the bonds, but the economist can't imagine a sale of $1.9 trillion being absorbed. He suggests that the Federal Reserve could lean on the Japanese, European and UK central banks to purchase some of the bonds. "It would be better just to dispense with issuing bonds and just issue money," Dr. Roberts remarks. 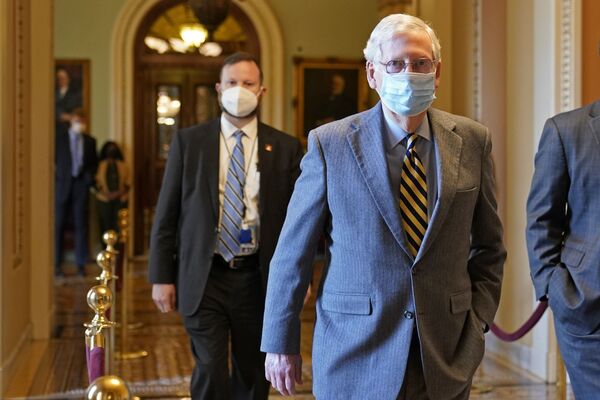 Meanwhile, this operation is seen as a "colossal waste" of money by the critics of the relief plan. Republican Senator Pat Toomey (Pa.), a member of the Senate Banking Committee, argued that "sending another $1,400 to children, the deceased, and tens of millions of workers who haven’t missed a paycheck, like federal and state employees, is senseless," adding that the US Congress has nearly doubled the entire federal budget in less than a year.

"It took 200 years for the United States to amass 1 trillion dollars in debt," says Michael Pento, president and founder of Pento Portfolio Strategies. "The Trump administration added $3.5 trillion to that debt in 2020. And now before Biden is even president, he's promised to add $1.9 trillion to this debt. You cannot save an economy by printing money and issuing debt and save the economy by sound money, low inflation, no asset bubbles, savings and investments. So, no, this will only make things worse, in the long-term."

Biden's COVID relief plan is just the first step of his broader spending initiative, which he will seek in the first few months of his presidency, CNBC notes, citing the president-elect's aide. The second bill, which is due to be presented in February, will reflect Biden's longer-term goals of reforming infrastructure and combating climate change which require new huge money injections in the country's economy.

While the Democratic Party will have the majority in both chambers of the US Congress with Vice President-elect Kamala Harris being able to break any tie in the Senate, the US media suggests that the GOP deficit hawks may create obstacles in the path of Biden's initiative.