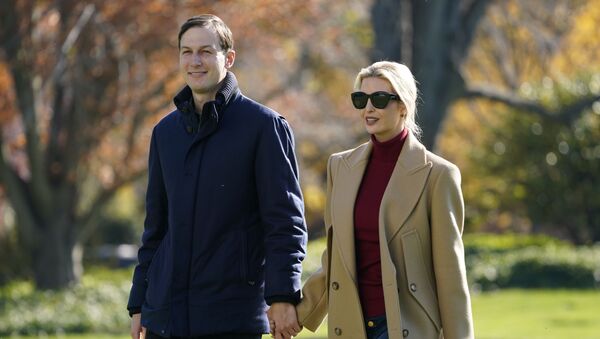 Aleksandra Serebriakova
Moscow-based Sputnik correspondent specializing in foreign affairs.
All materialsWrite to the author
In a damning Thursday report, the Washington Post claimed, citing anonymous sources, that Ivanka Trump and her husband Jared Kushner have barred people from the Security Service assigned to them from using bathrooms at their Washington house, prompting the personnel to look for other ways to satisfy their urgent needs.

White House Presidential Assistant Avi Berkowitz has slammed the Washington Post “toilet” story that claimed that Ivanka Trump and Jared Kushner had spent tens of thousands of taxpayers' money to pay up for a studio allowing their security detail to use restrooms outside of their house as “a lie.”

“The story never made sense, and was simply not true. Now the Secret Service has even denied the story,” Berkowitz argued on Twitter, accompanying his post by a screenshotted part of the article.

The @washingtonpost story about Jared and Ivanka today was a lie. The story never made sense, and was simply not true. Now the Secret Service has even denied the story. Please read the below. pic.twitter.com/xb8OORSk9E

​In a highlighted passage shared by Berkowitz, Washington Post unveiled a quote from a source, claiming the contrary to what was originally suggested by the article: “Ivanka Trump and Jared Kushner have not denied Secret Service personnel access to their home, to include use of the restroom.” 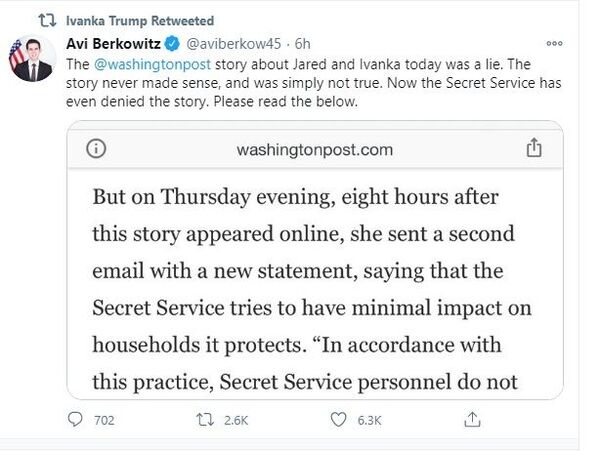 According to the Post’s article, Ivanka and her husband Jared Kushner, both presidential advisors to Donald Trump, have spent more than $100,000 of the government’s money to pay for the studio basement near their house as a restroom and bathroom facility for Security Service personnel assigned to them in Washington.

The article claims, citing law enforcement officials and neighbours, that the couple had barred the agents from using any of the toilets in their own mansion. Initially, the paper suggests, Javanka had purchased portable restrooms, but the move was not welcomed by the neighbouhood, prompting them to search for better alternatives.

For some time, the security officers even had to use restrooms at the houses of ex-President Barack Obama and Vice-President Mike Pence, the report says.

These claims have been rejected by the White House, but the Post has still stuck to the narrative, citing an account from “a law enforcement official familiar with the situation, who said the agents were kept out at the family’s request.”

Ivanka Trump and Jared Kushner did not openly comment on the matter.

The couple is currently rumoured to be considering e a move to Florida with their three children after their four-year political stint in the Washington. It was reported by Page Six that Trump’s daughter and his son-in-law had already paid $31.8 million for a piece of land on Indian Creek Island in Miami, known to many as “Billionaire’s Bunker”.