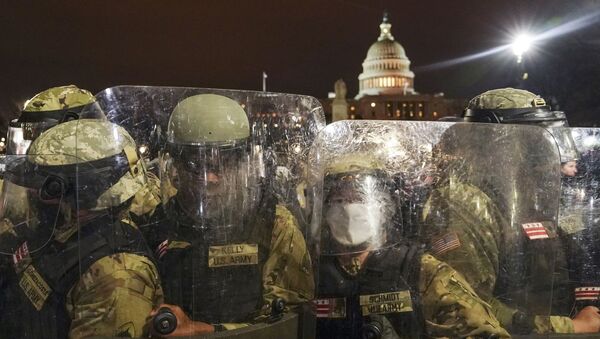 A US Capitol Police officer was the fifth to die in the wake of Wednesday's protest in DC, when thousands of Donald Trump supporters violently stormed the US Capitol; the other four were protesters.

US Capitol Police said in a statement that a police officer named Brian Sicknick died due to injuries sustained in response to the riot at the US Capitol.

"Officer Sicknick was responding to the riots on Wednesday, 6 January 2021, at the US Capitol and was injured while physically engaging with protesters," the police said in a statement, adding that he passed away on Thursday night.

According to Capitol Police, Brian Sicknick returned to his division office and collapsed. Sicknick was taken to a local hospital where he died of his injuries. He joined the USCP in July 2008, and recently served in the Department’s First Responder’s Unit.

On Wednesday, according to a police statement, thousands of Trump supporters violently stormed the US Capitol where they attacked officers with metal pipes, chemical irritants and other weapons. Many forced their way into the building in a bid to enter the House chamber. The protesters tried, but failed, to prevent Congress from certifying Democrat Joe Biden’s presidential election victory.

The attack came after Trump in a fiery speech near the White House urged his supporters to keep fighting to overturn the outcome of the vote.

One woman was shot and killed by a police officer, while three other protesters died of injuries sustained during the riots. A Capitol Police officer died in hospital of his injuries the next day.

The riots, which marked the most significant breach of US capitol grounds since the British set fire to it in 1814, sparked a slew of resignations on Thursday along with calls for impeachment.

In turn, Trump in a video message on Thursday said he was outraged by the "violence, lawlessness and mayhem" that took place at the Capitol Building on Wednesday, adding that those who broke the law will "pay."

Many called for top security officials to resign in light of the failure to prevent the violence.

The US House Appropriations Committee announced earlier it is investigating the security failings that allowed pro-Trump supporters to breach the Capitol Building.