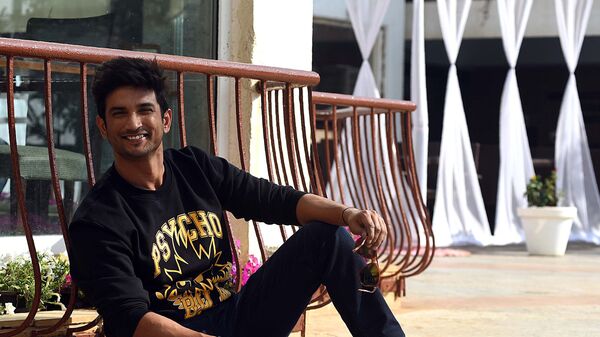 Advitya Bahl
All materialsWrite to the author
On 14 June, 2020 Bollywood actor Sushant Singh Rajput was found hanging from a ceiling fan in his apartment in Mumbai. Following his death, three federal agencies, including the anti-drug unit, are investigating the case.

The Narcotics Control Bureau (NCB) – India's anti-drug agency – is looking for Rishikesh Pawar, the former friend and assistant director of the late actor Sushant Singh Rajput, in connection with a drugs case linked to the actor's death.

Rajput, who suffered from depression, died in an apparent suicide last June when was found hanging by a ceiling fan in his Mumbai flat. During a probe into his death, investigators said drugs were likely involved.

Pawar, who is accused of delivering drugs to Rajput in the days leading up to his death, sought anticipatory bail fearing arrest, but on Thursday Special Narcotic Drugs and Psychotropic Substances (NDPS) court judge V. Vidwans rejected his application.

Following this, NCB officers searched his house. “Yes, we are looking for Rishikesh Pawar, who is absconding at the moment,” said Sameer Wankhede, Zonal Director of the NCB. He added that Pawar was the assistant director of Rajput's "dream project" and said "evidence clearly reveals the role played by Pawar in supplying drugs to the late actor for money."

Meanwhile, during the search of Pawar's house, a laptop was seized and incriminating data reportedly found on its hard disc.

"In this regard, the NCB issued notices under Section 67 of the NDPS Act, 1985, for further investigation. But he failed to come to the NCB office several times, and filed an anticipatory bail application. After bail arguments, the court rejected his bail application," an official statement read.

Earlier in September, Pawar was questioned by the NCB after being named as one of persons who supplied drugs to the late actor by one of Rajput's employees, Dipesh Sawant.

Sawant himself was arrested by the NCB for delivering drugs to Rajput after reportedly being told to do so by his ex-girlfriend actress Rhea Chakraborty and her brother Showik.

In his statement, Sawant said that before he started working for Rajput, it was Pawar who delivered drugs to the actor – Pawar's residence was also raided by the NCB in September 2020.

Meanwhile, since the death of the actor, a politically fuelled multi-agency investigation has ensued and Chakraborty has come under fire following a police complaint filed by Rajput's father.

As well as the NCB, the case is also being investigated by two other federal agencies – the Central Bureau of Investigation and the Enforcement Directorate.