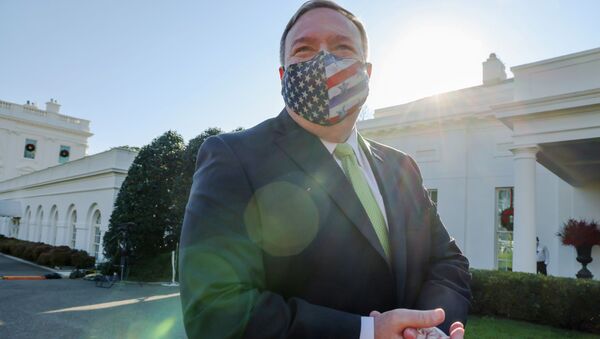 WASHINGTON (Sputnik) - The United States began establishing its virtual diplomatic post in Western Sahara as a first step of creating a consulate in the region, US Secretary of State Mike Pompeo said in a statement on Thursday.

Trump announced in early December that he had brokered a peace deal between Israel and Morocco, which entails the establishment of full diplomatic relations and air travel between the two nations, as well as the United States’ recognition of Morocco’s sovereignty over Western Sahara.

Pleased to announce the beginning of the process to establish a U.S. consulate in Western Sahara, and the inauguration of a virtual presence post effective immediately! We look forward to promoting economic and social development, and to engage the people of this region.

The virtual post will be managed by the US Embassy in Morocco, he added. The US will continue to support political negotiations in the region, Pompeo said.

Morocco became the fourth Arab state to normalize ties with Israel this year after the United Arab Emirates, Bahrain and Sudan. According to Trump, a number of other Arab countries are also ready to normalize relations with Israel.