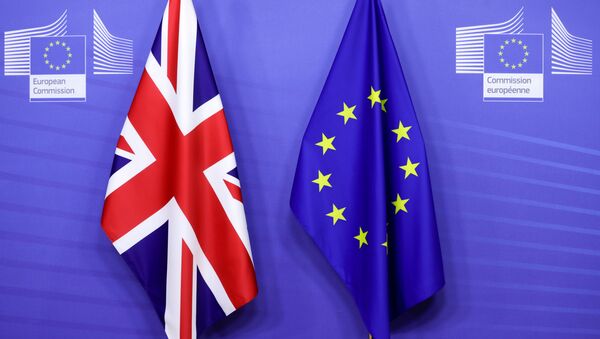 © REUTERS / POOL
Subscribe
International
India
Africa
Ekaterina Blinova
All materialsWrite to the author
After months of rocky negotiations, the United Kingdom and the European Union have reached a post-Brexit trade agreement, with British Prime Minister Boris Johnson calling it a "good deal for the whole of Europe" and EU chief Ursula von der Leyen lauding it as "fair and balanced". International observers have weighed the pros and cons of the deal.

The deal was struck just a week before the UK's official separation from the 27-member bloc, prompting European businesses to heave a sigh of relief. "We have taken back control of our money, borders, laws, trade and our fishing waters", Number 10 announced in an official statement. "We have got Brexit done."

What's Behind the Euphoric Talk of 'Win-Win' Solution?

"With so much at stake for the economies of the UK and the EU, it was always likely that considerations of self-interest would produce a deal of some kind", says Mark Garnett, a politics professor at Lancaster University. "The problem at all times has been finding an agreement which would please nobody very much but would avoid outbreaks of anger within the domestic audiences on either side."

However, instead of divulging details of the talks, both sides will, no doubt, claim victory and place emphasis on avoiding a 'no-deal' that would have led to mutual self-harm, portraying it as a win for businesses, workers and citizens across Europe, believes Iain Begg, a professor at the European Institute of the London School of Economics and Political Science.

Presenting the deal as a win-win solution for everyone is necessary because both the UK Parliament and the EU Parliament and member states need to sign off on it, explains Terrence Guay, Clinical Professor of International Business at the Smeal College of Business at Pennsylvania State University.

​The free trade agreement needs to be confirmed through UK legislation, which will require the approval of the House of Commons and House of Lords. The British parliament is due to vote on the accords on 30 December.

Since it's too late to hold an emergency session, the European Parliament launched a process known as “provisional application”, which greenlights the deal without the approval of MEPs, who will vote on the accords retrospectively in 2021. This was done to prevent financial and logistical disruptions.

"On the whole, a deal is better than no deal, given the interwoven trade and investment relationships between the UK and EU", Guay suggests. 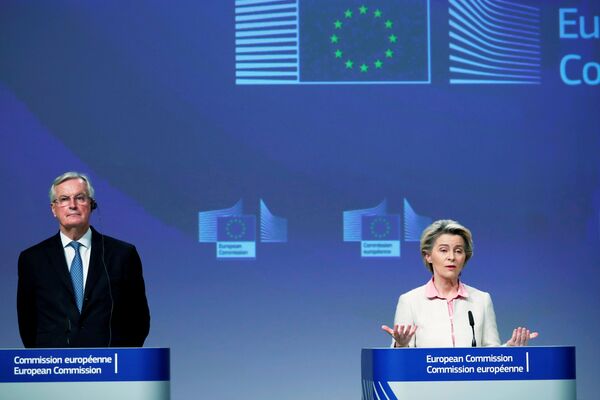 Deal Comes at a Price for UK

"Whatever has been agreed – and the devil is in the detail, of which there will be a huge amount across the expected 2000 pages of text – the simple fact is that the UK is moving into an environment of greater trade barriers than it has faced for decades. It is just that the economic cost of the deal agreed is less than the cost of not agreeing on a deal", emphasises Robert Ackrill, Professor of European Economics and Policy at Nottingham Trent University.

Indeed, despite the emerging euphoria over the 24 December breakthrough, the deal has obviously come at a price for the UK, which was subjected to immense pressure from the European Union, explains Dr Roslyn Fuller, director of the Dublin-based non-profit think tank Solonian Democracy Institute:

·         first, the UK 'loses' the ability to really influence European decision-making and policy: Britons don't have an inside seat anymore, and that will always be a kind of ‘risk’ to them, as they will always have to calculate with their enormous neighbour;

·         second, the UK has also made concessions on fishing, agreeing to phase new arrangements over five years, with British fishermen catching as much as two-thirds of the fish in UK waters by the end of the transition; it is still unclear whether this will be enough for fishermen who were some of the strongest Leave supporters;

·         third, the UK has seemingly agreed to a third-party dispute settlement mechanism in the event that disputes regarding the application of this deal arise, which apparently comes in contradiction with Brexiteers' sovereignty bid.

There is a fourth key area where the UK appears to have made substantial concessions, namely, on a level playing field, adds Terrence Guay.

"[This means] the parties cannot use less stringent regulations (on, say, labor, health, and the environment) as a trade advantage, the UK agreed that when such accusations are found to be legitimate, tariffs and quotas can be imposed in retaliation", he explains.

The cost of the deal is immense, agrees Dr. Theofanis Exadaktylos, senior lecturer in European Politics at the University of Surrey, who insists that the UK-EU free trade agreement obviously left the EU "holding the upper hand in the future relationship with the UK".

​It appears that the EU has emerged victorious as it achieved its main goals during the negotiations, echoes Christopher Bovis, professor of international business law at the University of Hull: first, Brussels "successfully avoided a border on the island of Ireland" and, second, "protected the single market from significant cherry-picking on the part of the UK".

"To be honest, there were never going to be any winners, even if the UK will shout loud about sovereignty", argues Marc Ostwald, global strategist and chief economist at UK-based ADM Investor Services International. "There will be more barriers to trade, more bureaucracy." 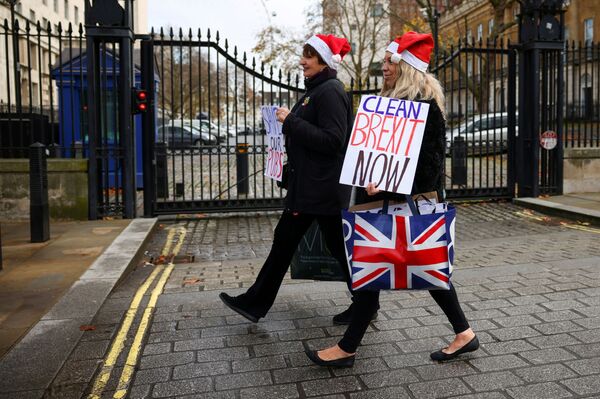 Why Architects of Brexit Don't Care Much About EU

Nevertheless, the deal obviously has a silver lining for Britons, according to Fuller: "It appears the UK has gotten what they always wanted, which is a significant degree of freedom to take advantage of any new economic opportunities as they arise", she believes.

While the UK will cooperate with the EU as envisioned by the agreement in various ways, the British government's major focus lies far beyond the 27-member bloc. If something comes up that makes ending that cooperation worthwhile, that is what they will do, the academic expects.

"The architects of Brexit are not convinced that the momentum of global economic output lies in the EU – they are convinced it lies in BRICS, developing countries with rapidly expanding and rapidly more educated and highly-skilled populations, and globalised trade, and they are positioning themselves to be able to take advantage of these expected opportunities as and when the occasion arises", Fuller explains.

The Johnson government believes that scientific innovation, bio-science and AI are going to be the high-profit sectors of the future, and "they also believe that they are better positioned to reap the rewards of those fields on their own", according to the professor.

Although the stakes are high for the UK, the potential profits could be immense. However, "the ultimate profitability of this deal depends on how well they are able to turn those opportunities into reality", Fuller concludes.