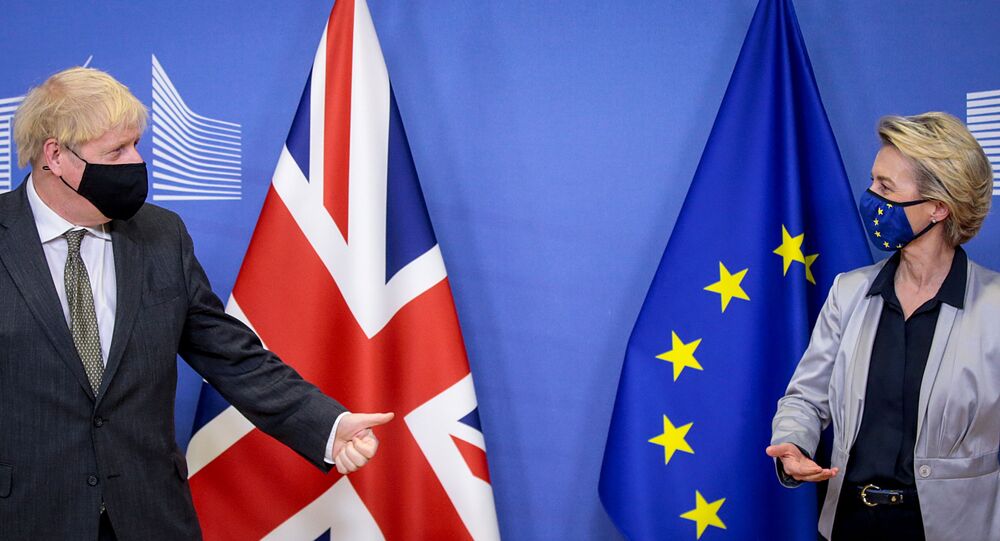 Officials from London and Brussels have finally announced a Brexit Deal, which will enter force provisionally after 31 December this year. But what can people expect after Christmas Eve?

UK prime minister Boris Johnson has finally inked a deal with European Commission president Ursula von der Leyen for a long-awaited £668bn post-Brexit agreement after over a year of political wrangling. The deal must now be ratified by both the 27-member trade bloc as well as European Parliament, with the latter being a more complex process.

EU leaders are expected to ratify the process quickly via a remote vote without a summit, with member-states being briefed in detail about the negotiations.

The announcement of an agreement at negotiators’ level on the 🇪🇺🇬🇧 future relationship is a major step forward!

British parliament is expected to vote later on a law to implement the reportedly 2,000-page-long deal after the Transition period, but could potentially face opposition from hardline Brexiteers in Westminster.

No 10 had vowed to recall Parliament after a 17 December recess to pass the trade deal by the 31 December deadline. The session is expected to take place from 29 to 31 December due to the ongoing holiday seasons, reports revealed.

But the European Parliament must translate the text into the bloc's 24 official languages for review before a vote. Despite this, MEPs have criticised the short amount of time and stated they will not meet to approve the deal before 31 December.

© REUTERS / SIMON DAWSON
We Fish You a Merry Christmas: UK-EU Brexit Trade Deal is Done
EU Parliament is also expected to approve the deal before a crucial vote to ratify the deal early next year.

But should EU lawyers determine the deal is 'mixed', or involving details from the UK and EU, the deal would need to be ratified by national and regional parliaments across the Union.

What Was the Holdup?

Prior to the announcement, several contentious sticking points needed to be addressed before the deal could be reached.

The news comes as "some sort of last-minute hitch" pushed back the agreement to Christmas Eve due to disagreements over fishing quotas, Irish foreign minister Simon Coveney told RTE radio on Thursday.

© REUTERS / TOBY MELVILLE
#NotReadyForBrexit: With Just 6 Weeks Left, Just How Prepared is the UK to Leave the European Union?
London demanded greater control over fishing rights after leaving the EU to keep a larger share of its quotas, despite Brussels calling for a gradual phase-in of the new fishing system with greater access to British waters from member-states.

Brexit talks could potentially have "some hours to run", a UK source told Reuters on Thursday. But an EU official added in the report the two sides were still haggling over the EU's fishing rights in British waters.

Further issues involve the UK's agreement on resolving disputes with the European Court of Justice based on international law, according to the BBC.

But a Brexit deal is likely to avoid a tariff war on imports after 1 January, which could impact prices on goods and services.

Disagreements over British firms following EU rules and resolving trade disputes have persisted amid the negotiations.

Major farming organisations have voiced concerns over a no-deal scenario, with many from Scotland and Wales urging Downing Street to back provisions to protect exports after the EU excluded some from the agreement.

“Receiving third country listing status from the EU for our animal products is absolutely critical and will allow an export trade worth more than £3 billion to continue at the end of the transition period, NFU President Minette Batters said.

She added: “While this listing is good news, we must bear in mind that there will be significant friction for our exports to the EU from the 1 January and it’s crucial the government minimises this disruption as much as possible in the time remaining.”

But Boris Johnson was accused of selling out Scottish farmers due to the seed potato export exclusion, costing them roughly £90m each year, according to the Independent.

“This looks like the end of Scottish seed potato exports to the EU for the foreseeable future. The trade is worth millions annually,” Scotland Food and Drink chief executive James Withers said as quoted in the report.

A trade deal with the EU would block 40 to 80 percent of import tariffs on lamb and beef exports under WTO terms, it added.

Scottish first minister Nicola Sturgeon called the event a "disastrous Brexit outcome" imposed on Scotland "against our will".