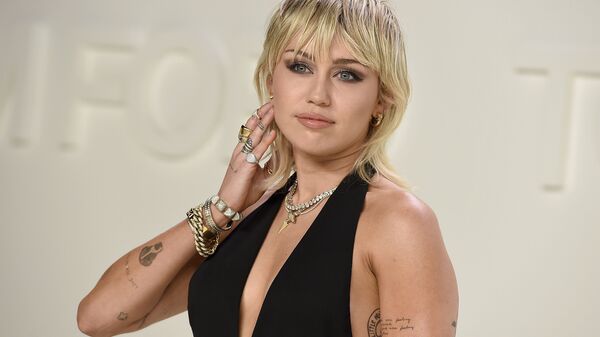 Shawn Mendes and Camila Cabello, famous for their sensual hit 'Senorita', started dating in July 2019 after initially meeting each other in 2014. Mendes sang with Miley Cyrus twice in 2019.

Miley Cyrus took to the TikTok account of Shawn Mendes and Camila Cabello after the couple published their cover of her 2009 hit "The Climb", making a seemingly sexual commentary on a "threeway" with the two, but then quickly putting in down in a follow-up comment.

"Let's have a threeway", Cyrus joked in her first comment, then explaining that she meant a totally different thing. "A three part harmony obviously Shawn. You filthy animal."

The video was posted on Shawn Mendes' TikTok account.

The couple began dating in July 2019, shortly after the release of their superhit collaboration "Senorita" that topped world charts and received several certifications and awards.

Cyrus, who hinted a possible collaboration with the couple, has been promoting her recent album "Plastic Heart" released in late November.

She has worked with Mendes, covering Dolly Parton's "Islands In The Stream" with him at the MusiCares Gala in early 2019. Their second duet occurred in February 2019, when Cyrus joined the young singer onstage at the 61st Annual Grammy Awards to perform his original song "In My Blood".