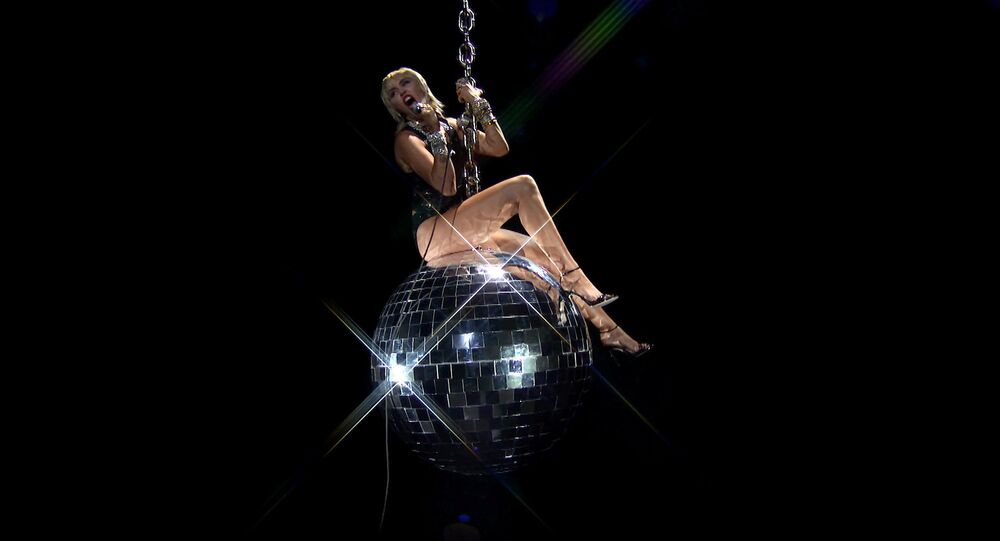 The pop star swung on a giant disco globe, performing her latest single ‘Midnight Sky’ at the 2020 MTV Video Music Awards in scenes reminiscent of her 2013 Wrecking Ball track. She paid homage to her own music video, considered one of her raciest.

True to the her penchant for sultry dressing, the 27-year-old fashion icon Miley Cyrus became a stunning spectacle for the world, having donned a sequenced slip dress for the 2020 MTV VMA's silver carpet on Sunday.

She isn’t just coming..... @mileycyrus is HERE 😛 My adrenaline is RUSHING for her #VMAs performance – it all starts at 8p! 📷: @vijatm

The former Disney teen star was nominated for three awards this year, including nominations for Best Art Direction as well as Best Editing for her track Mother's Daughter.

This was her first major public performance after her breakup with boyfriend Cody Simpson.

The VMAs, which were originally scheduled to be held at Barclays Center in Brooklyn, New York, are being held at various outdoor locations due to the coronavirus pandemic. For the first time, the big bash has been held with limited or no audience, adhering to all state and city guidelines.

The Weeknd Triumphs on VMA, Winning Best Video of the Year