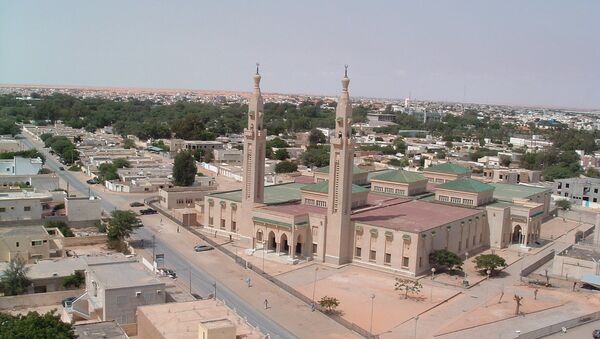 Morgan Artyukhina
All materialsWrite to the author
Last week, Morocco became the seventh Arab state to normalize relations with Israel and the fifth in as many months. With the US brokering so many deals, it raises the question of which nation will be next. Regional experts told Sputnik there is good reason to believe the Islamic Republic of Mauritania will soon bury the hatchet with Jerusalem.

In 1967 in Khartoum, Sudan, the members of the Arab League met in the wake of the devastating Six-Day War and pledged to uphold “three nos” with regard to Israel: no peace, no recognition and no negotiations. However, just 11 years later, Egypt became the first Arab nation to break the pact, signing a peace treaty with Israel at Camp David, Maryland, in 1978, brokered by US President Jimmy Carter. Then, in 1994, Jordan did the same, with the ceremony being presided over by US President Bill Clinton.

Then, in the final months of 2020, four more Arab nations normalized relations: the United Arab Emirates, Bahrain, Sudan and Morocco - with the deals being negotiated by associates of US President Donald Trump. However, as Sputnik has reported, many of these nations have long had underground relations with Israel for fear of publicly breaking the “three nos” and siding against the Palestinians.

Perhaps the first reason to believe a deal could be in the works is that the US has brokered a peace deal between Mauritania and Israel before. In 1999, then-US Secretary of State Madeleine Albright hailed the Sahelian country as a “force for regional reconciliation and peace.” However, just 10 years later, Nouakchott suspended them in the wake of Operation Cast Lead, Israel’s brutal war on Gaza in December 2008 and January 2009 that killed as many as 1,400 Palestinians.

Tiberio Graziani, head of the Italy-based Vision and Global Trends International Institute for Global Analyses, told Sputnik that “geostrategically such an agreement will implement Israel's penetration of North West Africa.”

“The agreement should also strengthen Mauritania's current leadership, which will, however, also have to take into account the internal opposition. It should be emphasized that - on a global level - the penetration of Israeli influence in Africa is supported by the US in an anti-Chinese function, and perhaps, in perspective, also in an anti-Turkish one.” 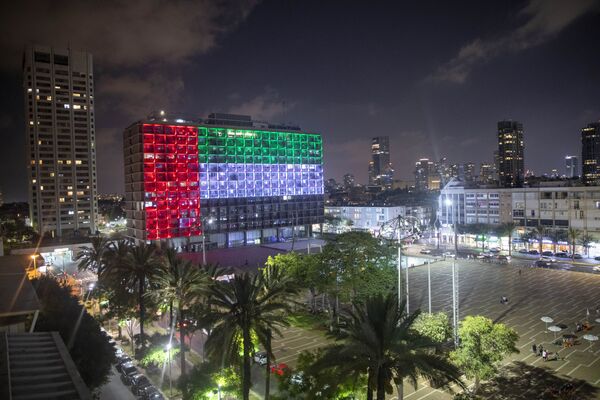 That internal opposition would come strongest from Tewassoul, a Muslim Brotherhood-aligned party in opposition to the government of Mauritanian President Mohammed Ould Ghazouani that holds 14 seats in the country's legislature. Ghazouani's Union for the Republic party has moved in recent years to marginalize the group, which is also considered a terrorist organization by the UAE and several other countries, including Russia.

“The role of the United Arab Emirates will be decisive. UAE will support the leadership of Mauritania in signing a potential agreement with Israel. In practice, the UAE are the forerunners of Israel's foreign policy dedicated to creating a network of non-hostile countries in the Middle East and Africa and to weakening the Arab League. At the moment the Mauritanian opposition appears to be mainly focused on domestic politics and focused on undermining the current leadership.”

Dr. Michael Barak, a senior researcher at the Moshe Dayan Center for Middle Eastern and African Studies and the International Institute for Counter-Terrorism (ICT), echoed Graziani’s points and noted the pivotal role the Kingdom of Saudi Arabia (KSA) played in brokering the peace deals between Israel and other Sunni states, including the initial UAE peace deal in September.

“It was KSA which approved the UAE and Bahrain's stance to normalize ties; it was KSA who played a role in the peace between Morocco [and] Israel; It has been playing a role as well to push Pakistan to form full diplomatic ties with Israel. So it's inevitable that KSA is [brokering a] Mauritania-Israel deal. Moreover, KSA and Mauritania enjoy very good ties, so the Mauritania regime is more attentive to the KSA's regime.”

He further noted that such a move would play into the Trump administration’s hands by helping to expand the growing Sunni-Israel bloc against Iran, making  it likely Washington could sweeten the deal with financial investments for the West African country.

However, Amatzia Baram, professor emeritus at the Department of the History of the Middle East at the University of Haifa, dismissed the idea, noting instead that Oman and Saudi Arabia are more “natural candidates” for a peace deal due to their extensive informal ties with Israel, but also face “serious constraints” politically on making that relationship public.

Investments Give UAE Leverage in Africa

Across Africa, the UAE has been leveraging its financial and political clout to push Muslim countries closer to Israel since even before the UAE and Israel made public their friendly relationship.

Last year, Abu Dhabi successfully pressured Chad into reversing its long-standing opposition to Israel, too. N’Djamena severed relations with Tel Aviv in 1972 under pressure from Libyan revolutionary leader Muammar Gaddafi, but revived them in January 2019.

In 2017, the UAE promised $150 million for Chad’s National Development Plan, a $9 billion project to diversify the country’s economy away from oil exports, with petroleum and other mineral fuels accounting for 94% of its exports in 2019.

Earlier this year, the UAE pledged $2 billion in investments to Mauritania - an amount equal to 38% of Mauritania’s gross domestic product. In September, Jalel Harchaoui of the Clingendael Institute told Turkish Radio and Television that such an investment “creates a level of sway, aura and leverage on the part of Abu Dhabi that is hard to fathom.”

Indeed, when news broke in August 2020 of the UAE’s forthcoming peace deal with Israel, Nouakchott praised the “wisdom and good judgment” of the Emirati leadership, rather than condemning the move, as did some other Arab League members, such as Algerian President Abdelmadjid Tebounne. 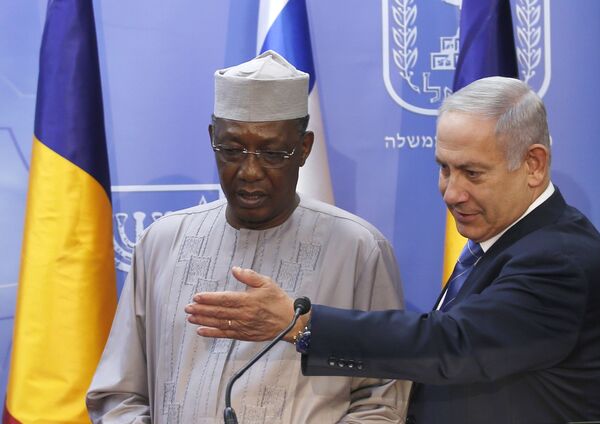 Chad and Mauritania are part of a larger plan of Emirati investment that spans across the Sahel region and includes Sudan, which exerted a controlling influence on the government of former Sudanese leader Omar al-Bashir, who joined the Saudi-Emirati war in Yemen by sending thousands of Janjaweed militia fighters to fight the Zaidi Shiite Houthi movement. Morocco for a time also joined that alliance, sending a squadron of F-16 fighters to the region.

It’s little surprise that Abu Dhabi has also put tens of billions of dollars into Sudan both before and after Bashir’s 2019 overthrow, including a $225 million investment in agricultural improvements in October, announced days before Khartoum announced its own peace deal with Israel.

In Morocco as well, the UAE has played an important role, investing billions in Morocco’s tourism sector, and Moroccan workers in the UAE are one of the country’s largest sources of remittance payments.

Just days before Trump announced the deal between Morocco and Israel - which the US might still sweeten with its own $3 billion investment - UAE Ambassador to Morocco Al Asri Aldhaheri praised his country’s “exemplary and fulfilling relations” with Rabat. A month earlier, Abu Dhabi opened a consulate in Laayoune, the capital of Western Sahara, and was among the first nations to condemn the Saharawi protests in Guerguerat against the completion of a road into Mauritania that would allow easier exporting of goods.

No True Peace Without Palestinians

However, James Gelvin, a professor of history at University of California, Los Angeles, and an expert on the social, cultural and political history of the modern Middle East, pointed out to Sputnik that the Trump administration tends to hold its cards very close to its chest on these issues, but he dismissed the notion that such deals would lead to more peace in the region.

“At its root, the conflict is not between Israel and Mauritania or Israel and Morocco. It is about Israel and the Palestinians,” Gelvin said. “The Trump administration has been cynically turning the flank on the Palestinians for political gain. But there will be no peace in that part of the Middle East until there is a just resolution of the Palestinian issue.”