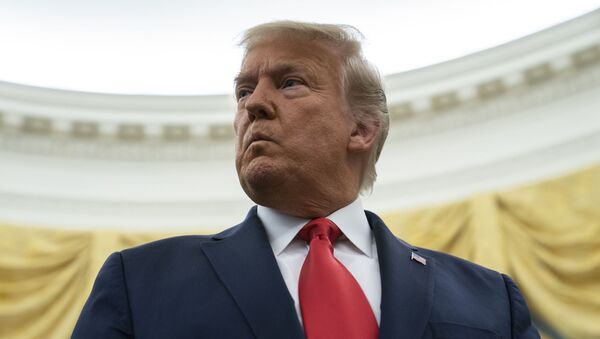 Lilia Dergacheva
All materialsWrite to the author
The lawsuit filed by the Texas authorities sought to override Joe Biden's victory, claiming a string of states had violated their own statutes by delaying the counting of votes and sending mail-in ballots to all registered voters.

President Donald Trump has taken to Twitter to express his utter disappointment over the Supreme Court's decision not to give a green light to the Texas attorney general’s motion.

"The Supreme Court really let us down. No Wisdom, No Courage!", he posted.

"So, you're the President of the United States, and you just went through an election where you got more votes than any sitting President in history, by far - and purportedly lost. You can't get 'standing' before the Supreme Court, so you 'intervene' with wonderful states.....", POTUS went on to lament the Supreme Court's ruling in a follow-up tweet.

So, you're the President of the United States, and you just went through an election where you got more votes than any sitting President in history, by far - and purportedly lost. You can't get "standing" before the Supreme Court, so you "intervene" with wonderful states.....

The incumbent president continued on, by citing Lieutenant Governor of Texas Dan Patrick as fuming that the US "not gotten any court to judge this (the vote) on its merit", further summing up emotionally:

"It is a legal disgrace, an embarrassment to the USA!!!" 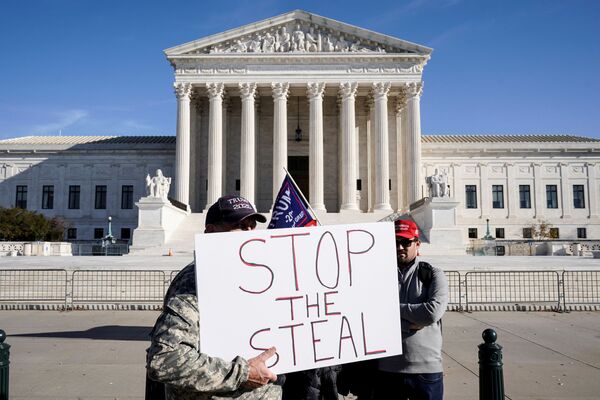 The US Supreme Court has rejected a lawsuit spearheaded by Texas Attorney General Ken Paxton on 9 December, calling on the federal judiciary to invalidate the results of the election in Georgia, Michigan, Pennsylvania, and Wisconsin - key battleground states, where, Paxton claimed, numerous instances of voter fraud took place.

"The State of Texas's motion for leave to file a bill of complaint is denied for lack of standing under Article III of the Constitution. Texas has not demonstrated a judicially cognizable interest in the manner in which another State conducts its elections. All other pending motions are dismissed as moot", the court order said on Friday.

The court files provided by the plaintiffs cited witness accounts of irregularities, poll watchers reportedly not admitted to the counting process, presumed inconsistencies with the Dominion machine system, etc. The filing said the aforementioned arguments constitute sufficient grounds for the disqualification of the election outcomes in these states, calling on the Supreme Court to overrule them. 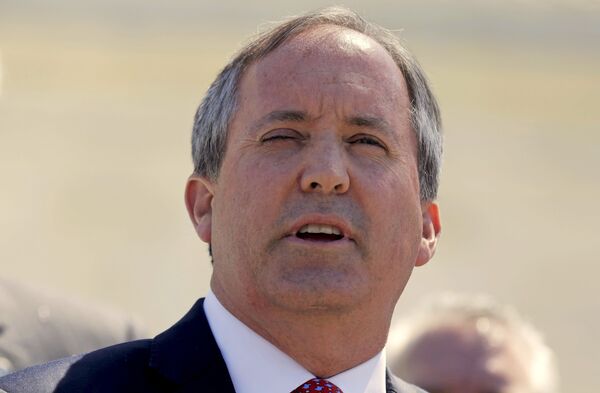 Texas Attorney General Ken Paxton speaks outside the U.S. Supreme Court after justices heard arguments in a challenge by 26 states over the constitutionality of President Barack Obama's executive action to defer deportation of certain immigrant children and parents who are in the country illegally in Washington, D.C., U.S. April 18, 2016. REUTERS/Joshua Roberts/File Photo
© REUTERS / Joshua Roberts

Paxton claimed that electors in Georgia, Michigan, Pennsylvania, and Wisconsin should be blocked from being able to cast their votes on 14 December, when the Electoral College convenes, because the presidential election was allegedly compromised in these states. On Thursday, six more states, Missouri, Arkansas, Louisiana, Mississippi, South Carolina, and Utah, requested the Supreme Court to join the Texas suit.

US President Donald Trump has been insisting that widespread election fraud took place since 3 November, the day of the presidential polls that he said were "rigged" in Democrats' favour. POTUS hasn't yet formally conceded, going on to dispute the validity of the vote in courts. Yet, he acknowledged that he would "certainly" leave the Oval Office if the Electoral College certifies Biden as the president-elect, as well as advised White House officials to prepare for the transition of power.

'A Lot of People Put Their Hopes in the Idea'

According to Ethan Ralph, a political commentator and founder of The Ralph Retort website, the Supreme Court's rejection of the Texas suit came as no suprise.

"I know a lot of people had put the their hopes into the idea, but I don't believe it was all that realistic," he shared, going on to explain what he sees as the most worrisome aspect of the recent developments:

"I guess the part that really is worrying for the future of the country is just how divided we are at this point. I don't think any serious person thinks it's going to get better, either."