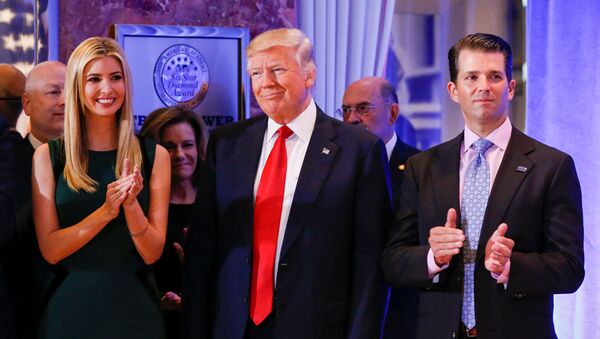 Lilia Dergacheva
All materialsWrite to the author
Donald Trump's pardon of ex-National Security Adviser Mike Flynn last week triggered speculation that he would continue to use his power to this end - including for himself and his family.

Incumbent President Donald Trump has reportedly consulted his advisers about the possibility of pre-emptively pardoning his eldest children Ivanka, Eric, and Donald Jr., along with his son-in-law Jared Kushner and his personal lawyer Rudy Giuliani, to prevent them from potentially being brought to court.

A report by The New York Times, citing sources, claimed that the president voiced concerns over the incoming Biden administration possibly seeking retribution against him by targeting his inner circle. POTUS reportedly asked his aides if he was entitled to pardon himself and his closest aides, and if he could do this preventively. Whatever the case may be, a presidential pardon doesn't protect against state or local crimes.

It's unclear why Trump is concerned about potential criminal exposure of his children, since no formal charges have been brought against any of them. Regarding Kushner, though, media reports popped up alleging that his son-in-law and top White House aide, had provided false information to federal authorities about his contacts with foreigners, and irrespective of this, managed to obtain a security clearance.

On top of this, the NYT recently wrote that a Manhattan district attorney is looking into the Trump Organisation, including Trump's hefty tax return that involved millions in consulting fees, a portion of which was alleged to have gone to First Daughter Ivanka – something the family denied. 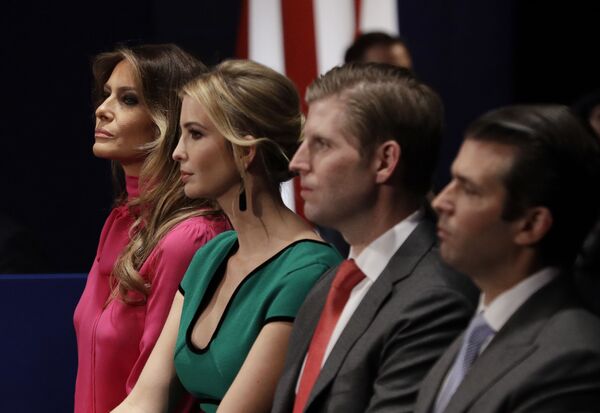 Don Jr had been under investigation for contacts he ostensibly established with Russians to obtain compromising information on Hillary Clinton during the 2016 campaign. Yet, he was never charged, even after a profound, two-year investigation by Special Counsel Robert Mueller.

As for Trump's personal lawyer and trusted associate Rudy Giuliani, at the height of court cases about alleged election fraud, which the former New York mayor spearheaded after 3 November, he reportedly discussed a pre-emptive pardon for himself with POTUS. NYC prosecutors have reportedly been looking into his stint in Ukraine, where at the time of Trump's impeachment by the Democrats last year he was suspected of having pressed Marie Yovanovitch, the former US ambassador to Kiev.

Some, however, questioned a presidential self-pardon online:

The theory that a president can pardon himself should be tested so that it will stand as precedent for all future presidents. The only way to test it would be by indicting a "self-pardoned" president. Trump may be our last, best opportunity to do so.

Let him. It takes the 5th off the table, therefore his kids will have to testify against him, and vice-versa.

A pardon doesn't do a damn thing to protect them against SDNY.

Plus, there's nothing concrete that says trump can pardon himself.

“Why is the Trump White House suddenly a very polite place to work? Everyone’s going around saying 'pardon me'", someone posted cheekily.

Reports about a potential string of pardons came after Trump wiped away legal exposure  on the eve of Thanksgiving for former National Security Adviser Mike Flynn, who had pleaded guilty to lying to the FBI about his Russia contacts, and then sought to withdraw the plea in court.

After he pardoned Flynn, Trump retweeted Republican Congressman Matt Gaetz's suggestion that the president should also consider a similar gesture for himself.

"President Trump should pardon Flynn, the Thanksgiving turkey, and everyone from himself, to his admin, to Joe Exotic if he has to", Gaetz wrote.

A similar suggestion was made on Sean Hannity's Fox News radio show on Monday during a discussion on the Flynn case.

Hannity said that projected President-elect Biden was being publicly encouraged to investigate and prosecute Trump for any criminal misconduct while he was president, and it makes sense for Trump to now bestow clemency on himself.

"The president out the door needs to pardon his whole family and himself, because they want this witch hunt to go on in perpetuity. They're so full of rage and insanity against the president", Hannity said, while his guest, ex-Trump attorney Sidney Powell, stressed further on that his power to do so is absolute, as per the Constitution.