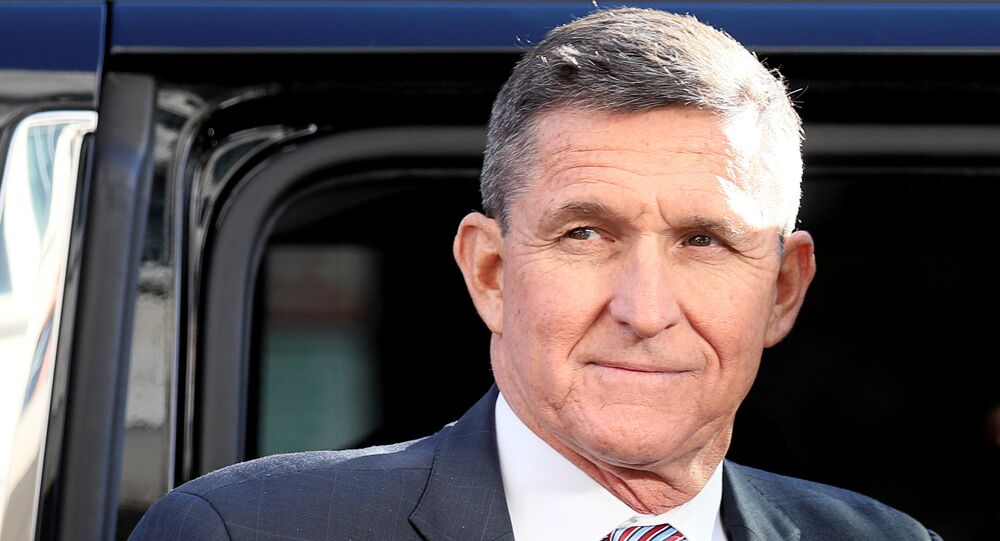 President Trump has announced a full pardon for his former National Security Adviser Michael Flynn, who was accused of making "false and fraudulent statements" to the FBI regarding the nature of the contacts between the Trump campaign and Russian Ambassador to the United States Sergei Kislyak amid and after the 2016 election campaign.

Michael Springmann, attorney, author, and former diplomat from Washington, DC in the US, believes President Trump's pardon for Flynn and the Democrats' indignant reaction to this reveals their failure to link the former national security adviser to the "Russian interference" narrative.

Sputnik: The US president announced the decision to release former adviser Michael Flynn from criminal liability on Twitter on the eve of Thanksgiving. How do you assess the president’s gesture?

Michael Springmann: Trump’s pardoning of former National Security Adviser Flynn will gain him no praise from Democrats but will score points with his base. It, in fact, will infuriate the Democrats who have been attacking Trump even before he took office. Moreover, it will put the final nail in the coffin of Russiagate. That is, it shows that the Democrats didn’t succeed in tying Flynn to Russian "interference" in the 2016 election. Instead, it indicates that the entire affair was a Democratic ploy to delegitimise Trump’s election. It also points up the dangers of speaking with the FBI.

Sputnik: How might this decision affect Donald Trump’s image and further political ambitions, say in 2024?

Michael Springmann: The pardon will not help Trump’s image in the eyes of the Democrat-controlled media. It viciously attacked him all through the past presidential campaign. Should Trump seek the presidency in 2024, the pardon may be dredged up again. However, four years is an eternity in US politics and it might not have any effect.

Michael Springmann: The real reasons for the Democrats’ fury over the pardon are several.

It’s another way to continue to demonise Trump, conceal or misdirect attention away from the Democrats’ intransigence and their inability to produce useful, beneficial legislation during the past four years, especially that related to the pandemic. It also throws a cloak over the failed policies of Obama and the Clintons.

In the past, there was great uproar over Bill Clinton’s pardon of Marc Rich on his last day in office. Rich, an Israeli Jew, had been Number 6 on the list of America’s Most Wanted. He had been indicted on more than 50 counts of wire fraud, racketeering, trading with the enemy (Iran), and evading more than $48 million in taxes. This was more than sleight of hand. It was a concerted effort by Rich and his wife to get payback for the millions of dollars they had steered to Bill and Hillary’s causes as well as to those of other Democrats.

Other past pardons which elicited great outcry were President Gerald Ford’s pardoning of Richard Nixon, his predecessor, over Watergate and George H. W.  Bush’s pardoning of Caspar Weinberger, former defence secretary, for his crimes in the Iran-Contra Affair.

Sputnik: How likely is it that the Democrats will use any convenient pretext to divert the public’s attention from Biden's still missing plan to tackle the pandemic?

Michael Springmann: Certainly, the Democrats will use every means and any opportunity to divert attention from supposedly President-elect Biden’s lack of a plan for dealing with the pandemic. The Democrats’ actions also prevent the electorate from examining Biden’s proposed cabinet appointees, most of whom are neocon holdovers from the Clinton and Obama administrations. They are war mongers and Russia haters