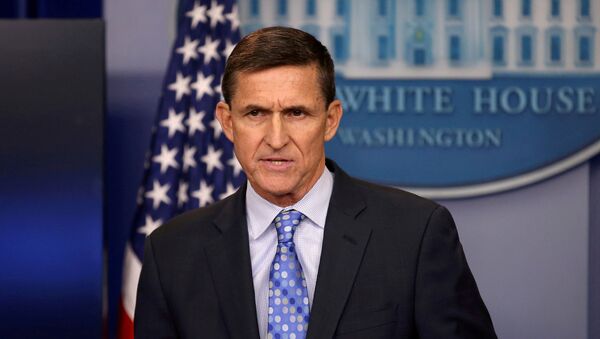 Daria Bedenko
All materialsWrite to the author
General Michael T. Flynn, who was US President Donald Trump's first National Security Advisor, was accused of making "false statements" to the FBI regarding contacts by the Trump team with the Russian ambassador to the US during the 2016 election campaign.

The US Department of Justice on Monday moved to dismiss Flynn's case as moot, following the granting of a full pardon by President Donald Trump to his former national security advisor on Wednesday.

"The President’s pardon, which General Flynn has accepted, moots this case", court documents say, adding "in short, the government’s prior motion to dismiss, as well as all other pending motions in this case, are moot in light of the President’s full and unconditional pardon to General Flynn. No further proceedings are necessary or appropriate, as the Court must immediately dismiss the case with prejudice".

The notice revealed that Flynn was now immune to any charges that might come out of the case against him or from the special investigation into Trump's alleged collusion with Moscow in 2016 conducted by US Special Counsel Robert Mueller.

On 25 November, Trump tweeted that he had granted a full pardon to his ex-national security advisor. The move sparked a wave of criticism from top members of the Democratic party, who accused the president of "abuse of power".

"It is my Great Honor to announce that General Michael T. Flynn has been granted a Full Pardon", Trump tweeted.

​Flynn was accused of lying to the FBI regarding alleged contacts between the Trump team and the Russian Ambassador to the United States, Sergei Kislyak, amid the 2016 presidential election campaign. After initially pleading guilty, Flynn moved to retract the plea, insisting that the FBI had framed him and demanding that all charges be dropped.

The Mueller investigation into alleged Trump-Russia collusion found no evidence to back claims that Russia aided the Trump campaign in the 2016 election. Moscow has repeatedly dismissed speculation regarding "interference" in the US electoral system.