San Francisco Lessons: Marjan Philhour Should Not Have Conceded Her Race 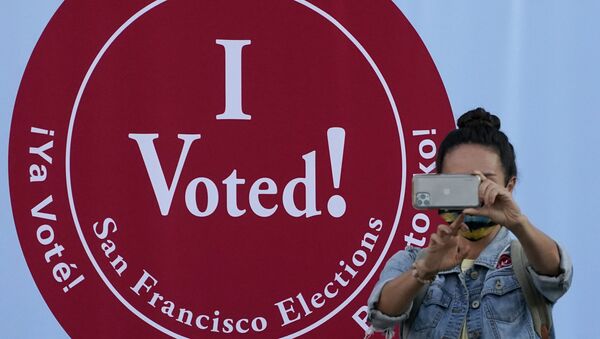 Richie Greenberg
All materials
We have seen San Francisco district city council supervisor races attract over a million dollars in campaign contributions, as the stakes are quite high, for both governance of the district and participation on the all-important city council board in city hall. There is a saying, as San Francisco goes, so goes the nation.

San Francisco city council's six odd-numbered district seats went up for election a few weeks ago. District 1, for example, is the northwestern-most corner of the city, touching the Pacific Ocean, The Presidio, and Golden Gate Park.

The District's current city council supervisor chose not to run for re-election, instead leaving seven candidates to battle it out.

The two frontrunners of this race are Marjan Philhour, a personable business owner and political consultant who represents the "Moderate" Democrat faction, and for whom this race is a second try at the city council seat; and newcomer Connie Chan, a left-wing Democrat new to politics and who’s the doll of the uber-socialists of San Francisco. 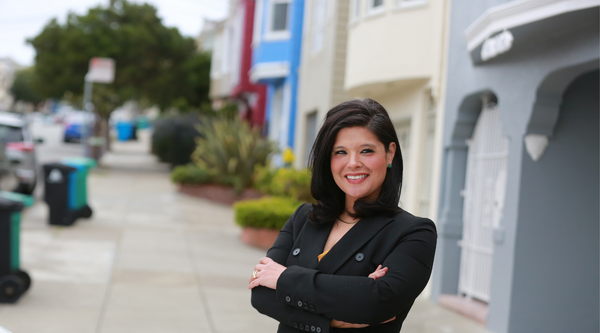 To those who have been paying attention, this was indeed an important race; the city's board of supervisor/city council is steering towards a super-majority of socialists with their anti-business, anti-property owners' rights agenda.

As Election Day November 3rd grew near, the race between Marjan and Connie grew tighter. San Francisco uses Ranked Choice Voting (RCV) to decide city council races, as it has since 2004. There were five other candidates as well which everyone knew didn't stand a chance. Their presence would be incredibly important, however, and under RCV, could and would affect the outcome.

RCV kicks in when there is no candidate reaching above the 50% mark. It's an "instant runoff" model, touted as a simpler and near-immediate outcome replacement for the traditional run-offs of old a few months later. District 1 was such a case and used Ranked Choice Voting; neither Marjan nor Connie Chan hit the 50% threshold, though Marjan was in the lead.

So, one by one under RCV procedures, the lowest-tally candidates of the race were eliminated, and their votes distributed upwards to the surviving candidate above. Each day at 4:00 pm, the new results from additional ballots received and counted were tabulated and announced to the public. Then, one more candidate eliminated, one more vote redistribution completed, and the frontrunners' updated percentages, but still neither reaching 50%. 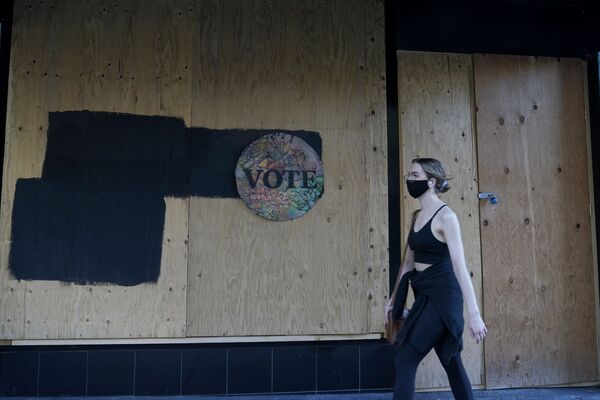 A woman walks past a Vote sign on wooden boards covering the exterior of Chloe Gallery in San Francisco, Monday, Nov. 2, 2020, ahead of Election Day.
© AP Photo / Jeff Chiu

Finally, after nearly a week of vote-counting and tally updates, Marjan's lead would dwindle. Connie Chan then flipped to becoming the leader, slowly pulling further ahead each day, though by an extremely thin margin. As of today, Marjan now appears behind by 129 votes, after nearly 35,000 votes cast in the district. Shockingly, Marjan publicly announced defeat.

San Francisco has used state-of-the-art election management software for three elections to date. The suite of ballot processing and reporting modules includes not only robust tabulation and reporting capabilities, but it creates snapshots of each ballot page, minus identifying information, of course. When San Francisco publishes the final election results, expected any day now, analysts and activists alike will pour over the cast ballots.

Marjan could assemble a small army of her volunteers, taking barely a day to examine every ballot cast. San Francisco has the best tools in voting systems software available. Marjan should not have conceded.