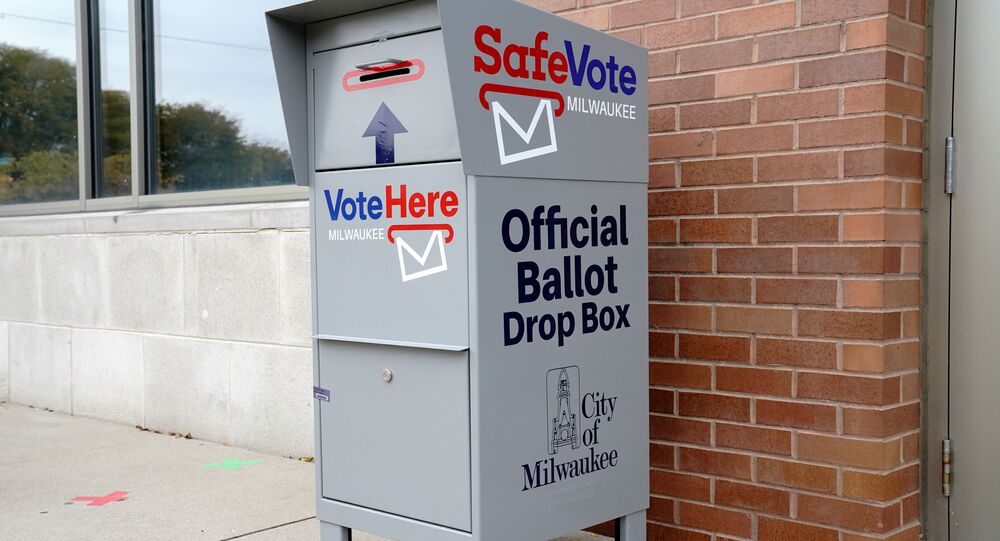 Donald Trump earlier okayed a move by the General Services Administration (GSA) to formally launch the presidential transition process. He, however, refused to concede and pledged "to keep up the good fight" as his campaign alleges widespread voter fraud in the 3 November election.

US President Donald Trump has taken to Twitter to emphasise that his legal team is still pursuing numerous cases in order to prove that the 3 November race for the Oval Office was "the most corrupt election in American political history".

The 45th president of the United States has stressed that he will never concede to what he described as "fake ballots" and "Dominion", referencing the Dominion Voting Systems Corporation, a company that he has repeatedly accused of being responsible for its vote-tallying machine software erroneously "flipping" votes to Democrats.

The statement comes just several hours after Trump endorsed a move by the General Services Administration to start the US presidential transition process. He noted, however, that his team will "keep up the good fight", expressing hope that they will prevail.

According to Trump, Murphy had previously received numerous threats amid the election controversy.

"To be clear, I did not receive any direction to delay my determination. I did, however, receive threats online, by phone, and by mail directed at my safety, my family, my staff, and even my pets in an effort to coerce me into making this determination prematurely", Murphy said in a letter to Biden.

American TV networks previously declared Biden the projected winner of the 3 November presidential race before all the votes were counted, despite tiny margins between the candidates in several key states.

The Trump campaign claimed numerous incidents of election fraud had occurred, urging for recounts and filing lawsuits in the battleground states. The US president himself refused to recognise defeat, saying that the Dominion voting system was rigged after several irregularities and mistakes were reported.

During a major press conference last week, Trump's personal attorney Rudy Giuliani claimed that he had nearly a dozen sworn affidavits and "hundreds of witnesses" across states including Pennsylvania, Michigan, Georgia, Arizona, New Mexico, Wisconsin, and Nevada, proving large-scale manipulations. According to him, the violations included tampering with mail-in ballots, vote dumping, keeping Republican observers at an unreasonable distance during the counting, etc.

In the meantime, election officials, both Democrats and Republicans, as well as international observers have stated that there were no serious violations during the voting.