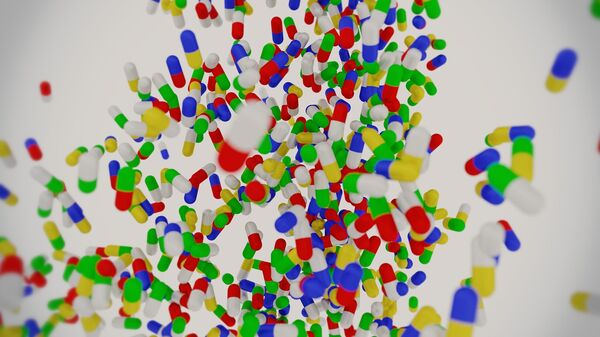 CC0 / /
Subscribe
International
India
Africa
Igor Kuznetsov
All materials
Perhaps unsurprisingly, since 2000 Danish cases of chlamydia have more than doubled, while cases of gonorrhoea are up over 1,000 percent.

A new report on the sex habits and awareness of Danish youngsters has alarmed the country's medical community. Experts are concerned that many Danish youths are having unprotected sex unaware of the risks.

At a time when the prevalence of sexually-transmitted diseases is on the rise, young people's understanding of how they work and are spread is low, the study by the Danish Family Planning Association has revealed.

Having surveyed 950 upper-secondary students aged between 17-20, the association concluded that there is a great deal of uncertainty surrounding common contraceptives and what they actually protect against.

For instance, 24 percent of the youngsters surveyed believe that the pill also protects against STDs, such as chlamydia and gonorrhoea, whereas a further 6 percent were unsure. When asked about the intrauterine coil, 20 percent believed it provided protection against STDs as well, while 27 percent were unsure. Furthermore, a large proportion of young people don't know whether pessaries (58 percent) or dental dams (44 percent) protect against STDs.

Lene Stavngaard, the national head of the Danish Family Planning Association, surmised that these dangerous misunderstandings abound in Denmark due to young people spreading and perpetuating the myths amongst themselves.

"When municipalities, schools, and other entities do not take responsibility for young people's sexual health and sex education, and many young people do not feel they can talk to their parents about such topics, then they go to their friends for advice", Stavngaard mused. "But the problem is that their friends know as little as themselves, and therefore we see that myths about sex and contraception are alive and well among young people".

This might explain why Denmark over the recent decades has seen an alarming spike in STDs. Since 2000, Danish cases of chlamydia have more than doubled, whereas cases of gonorrhoea are up over 1,000 percent. Similar trends have been observed in fellow Nordic nations.