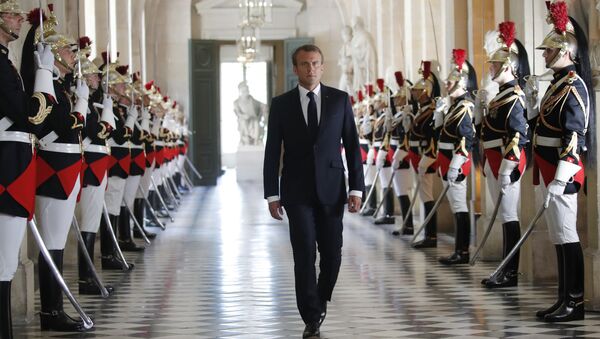 Ekaterina Blinova
All materialsWrite to the author
French President Emmanuel Macron has asked the nation's Muslim leaders to accept a “charter of Republican values” as part of his campaign against Islamism and foreign influence in the country. An Egyptian researcher has explained how the Muslim world perceives the effort, and in what spheres the interests of France and the Arab states overlap.

On 18 November, Macron met with the representatives of the French Council of the Muslim Faith (CFCM) and urged them to adopt a Republican values charter within 15 days. CFCM agreed to establish a national council of Imams to oversee official accreditation of Islamic preachers. In October, France was shattered by the decapitation of French teacher Samuel Paty and brutal stabbing attack on parishioners of the Notre-Dame basilica in Nice, both of which were conducted by radical Islam sympathises, according to the country's authorities.

The French president announced the crackdown against radical Islam in a speech he delivered in Les Mureaux on 2 October: "What we must tackle is Islamist separatism", Macron said. "A conscious, theorised, political-religious project is materialising through repeated deviations from the Republic’s values, which is often reflected by the formation of a counter-society".

The speech came amid the trial of Charlie Hebdo attackers and followed the republication of the Prophet Muhammad cartoons by the satirical weekly magazine. Macron's tough rhetoric and his endorsement of the cartoons, which are considered blasphemous in Islam, were met with resentment by Muslims both at home and abroad. The tension spilled over into other predominantly Muslim countries, with some of them calling for a boycott of French goods.

"I think that the reason for this tension is the misperception between the two parties, and the failure to diagnose the situation with some accuracy: the French do differentiate between the terms 'Islamic religion' which refers to religion and 'Islamism' which refers to the currents of political Islam and the currents of extremism and terrorism", says Egyptian political researcher and member of the Mediterranean Youth Foundation Mohammad Fawzi.

Macron's hailing of the provocative cartoons has de facto eclipsed the French president's message, which targeted political Islam and the currents of extremism and terrorism represented by al-Qaeda*, Daesh*, the Muslim Brotherhood* and a number of international Salafist currents, which are spreading radical ideas across Europe and in France, in particular, according to the political analyst. Besides seeking to free the French Muslim youths from radical influences, the French president proposed "more Arabic language to be taught in schools or as part of extended day programmes," Fawzi remarks.

"What happened is a misunderstanding on both sides," the Egyptian researcher believes. "The Muslim world did not read the statements accurately, and Macron failed to distinguish properly between the issues of freedom of expression and respect for the religious symbols and sanctity of all human beings, which promotes peace and co-existence. This prompted some to argue that [Macron] is flirting with the Right at the expense of Muslims while preparing for the 2022 French elections." 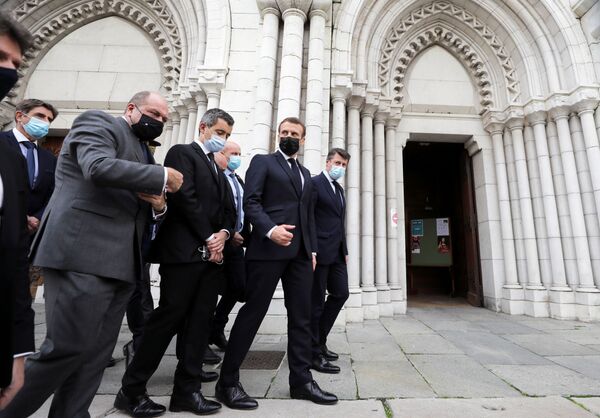 In order to calm tensions, Paris tried to reconcile with the Muslim world. On 8 November, French Minister of Foreign Affair Jean-Yves Le Drian embarked on a diplomatic mission to Egypt. Following his meeting with Egyptian President Abdul Fattah al-Sisi and Foreign Minister Sameh Shoukry Le Drian told reporters that France has "the highest respect for Islam" and that the battle against Islamic radicalism is "a common battle".

This visit opened up prospects for dialogue between all the parties, Fawzi notes, highlighting that the French foreign minister also met Sheikh Ahmed al-Tayeb, Egyptian Islamic scholar and the current Grand Imam of al-Azhar.

"During the meetings, the sides emphasised the need to fight terrorism and, at the same time, to respect religious sanctities," the Egyptian researcher remarks, adding that it's equally important to not describe a particular religion as a source of terrorism. He has drawn attention to the fact that many faithful Muslims have fallen prey to al-Qaeda and Daesh although the terrorist groups claim that they adhere to Islamic ideals. 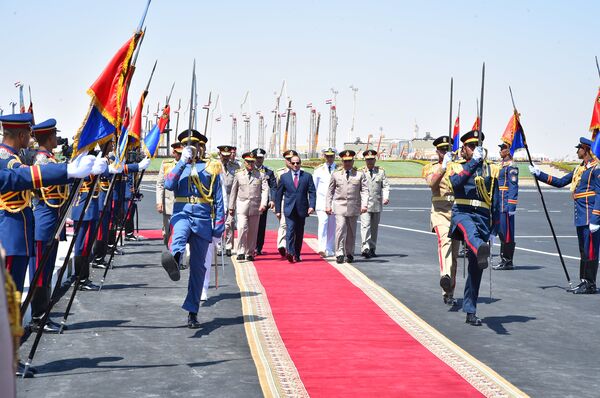 Egyptian President Abdel Fattah al-Sisi (C) arrives at the opening of the Mohamed Najib military base, the graduation of new graduates from military colleges, and the celebration of the 65th anniversary of the July 23 revolution at El Hammam City in the North Coast, in Marsa Matrouh, Egypt, July 22, 2017 in this handout picture courtesy of the Egyptian Presidency
© REUTERS / The Egyptian Presidency

Prior to Macron's announcement of the crackdown against Islamism, the French Senate issued a 224-page report raising the alarm over the steady spread of extremist ideas within the country's Muslim community over the past 20 years. According to the document, the Muslim Brotherhood alone controls about 10% of all the mosques and at least 600 associations in France.

In this respect France has faced the same problem as Egypt, says Mohammad Fawzi, saying that the group has a long record of extremist activities since its foundation by Egyptian imam Hassan al-Banna in 1928. Furthermore, from 30 June 2012 to 3 July 2013 the country was ruled by Mohamed Morsi, who was affiliated to the Muslim Brotherhood organisation.

"Egypt has suffered severely from terrorism, especially since the overthrow of the Muslim Brotherhood in 2013", he stresses. "In addition to traditional terrorist organisations such as al-Qaeda and Daesh, a number of armed organisations emerged from the Muslim Brotherhood, such as the Revolutionary Brigade, which carried out numerous terrorist operations inside Egypt".

The Egyptian state has adopted a comprehensive strategy to tackle religious extremism, according to Fawzi. He clarified that in addition to surveillance and military counter-terror activities Egypt is working "on the intellectual front" confronting extremist ideas in the state's media, cultural and research institutions. The country's Al-Azhar University, one of the oldest and biggest centres of Islamic and Arabic studies in the world, plays an important role in this effort, the researcher emphasises, referring, in particular, to the establishment of the Al-Azhar Observatory to Combat Extremism.

"In addition, there are great efforts by some civil society organisations in this area, for example, at the Mediterranean Youth Foundation for Development, an important youth institution in Egypt, a project that will begin during this period under the title 'Dialogues on the Document of Human Brotherhood'," Fawzi points out.

Arab-Europe Relations Have Taken on a New Significance

The Egyptian researcher believes that there are great opportunities for cooperation between Egypt and France in the fight against extremism and terrorism, "especially since both sides agree on the seriousness of these ideas and their threat to their communities".

Furthermore, in a broader context, it is also important to develop Arab-European cooperation, he says.

"Arab-European relations are important to both parties in light of the number of common political, cultural, economic and trade interests and issues between the two parties, as well as common threats of concern to both sides, notably cross-border threats of terrorism, climate change issues and migration," Fawzi highlights.

Common interests and threats between Europe and the Arab world are pushing them to develop and bolster relations within the framework of various international platforms such as the joint Arab-European Summit which was held in February 2019, the researcher suggests. The gathering became the first summit ever held between the two regions bringing together leaders from about 40 countries. The researcher expresses hope that the inclusive approach and enhanced diplomatic efforts may help Europe and the Muslim world settle disputes and understand each other better.