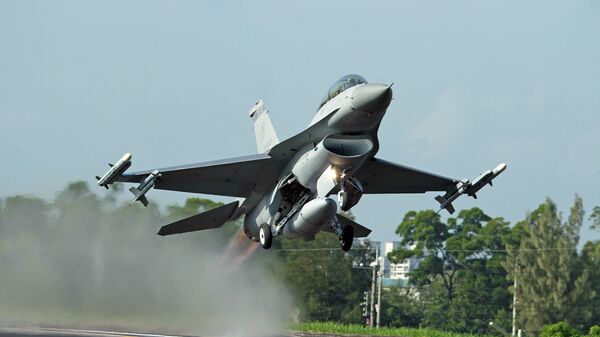 Oleg Burunov
All materialsWrite to the author
Taiwan's US-built F-16A fighter is thought to have crashed into the sea after the island’s air force said on Tuesday that the jet had disappeared from radar screen two minutes after taking off from an airbase in Hualien on the east coast of the island. The incident was the second loss of an F-16 fighter jet in less than a month.

Taiwanese President Tsai Ing-wen told reporters on Wednesday that the island's air force has grounded its US-made F-16 fleet for checks after losing an F-16A warplane on a training mission.

She said that she had asked the island's Defence Ministry "not to relax a bit on combat readiness to ensure national security".

The Defence Ministry, in turn, warned against speculations on why the F-16 disappeared from radar screens two minutes after lift-off, the second such incident in less than a month, adding that training missions should continue given the current threat from China.

"In response to the increasingly severe situation in the Taiwan Strait, the military has continued to strengthen combat readiness training to ensure national security", the ministry pointed out.

The statement came after the ministry said in October that almost $900 million had already been spent this year on scrambling Taiwan's Air Force against Chinese incursions, describing the pressure the military is facing as "great".

In a separate development last month, China conducted military exercises near the Taiwan Strait, which Beijing said were aimed at protecting the country's territorial integrity following US Under Secretary of State for Economic Growth, Energy, and Environment Keith Krach's visit to Taiwan on 17 September. 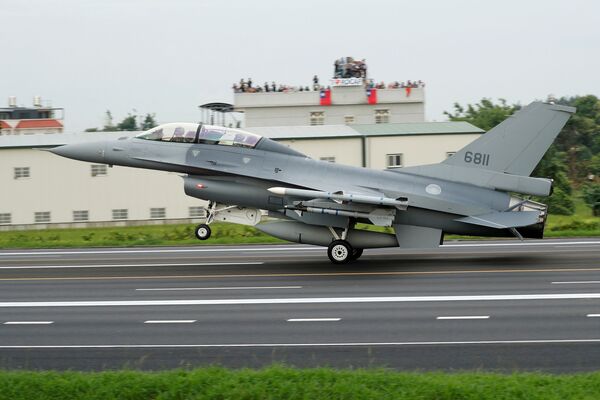 According to the Chinese Foreign Ministry, the visit violated the One-China principle and the three China-US joint communiques on developing a bilateral dialogue.

This followed the US Department of Defence releasing a copy of a contract this summer that showed defence manufacturer Lockheed Martin being awarded $62 billion for the production of 90 F-16 aircraft, 66 of which will be purchased by Taiwan.

When the planned sale was announced in August 2019, Hua Chunying, a spokesperson for China's Foreign Ministry, told reporters that "US arms sales to Taiwan severely violate the One-China principle".

Hua also noted that the Chinese government was urging the US to refrain from selling the "fighter jets to Taiwan and stop arms sales to, and military contact with" the island.

World
Taiwan Spy Used Europe Academic Post to Infiltrate Mainland, Harm China-Europe Ties, Sources Say
"Otherwise, the Chinese side will surely make strong reactions, and the US will have to bear all the consequences", she added.

Although officially the US follows the One-China policy, which does not recognise Taiwan as an independent entity, Washington continues to maintain trade and business ties with the island, also supplying weapons to it.