Ekaterina Blinova
All materialsWrite to the author
The Hunter Biden scandal recently propelled by the Trump campaign has much in common with the controversy surrounding the Clintons, Wall Street analyst Charles Ortel says, shedding light on a story of a mysterious high-profile whistleblower who was apparently ignored by the FBI in 2016.

Days before The New York Post dropped a bomb on the Bidens alleging that the Democratic presidential contender and his son were involved into a "pay-to-play" scheme, former CIA analyst Larry Johnson and Wall Street analyst Charles Ortel published two separate stories about a neglected State Department whistleblower who informed the FBI about the potential harm to US national interests posed by Hillary Clinton's mishandling of classified data in January 2016.

The whistleblower's letter dated 10 January 2016 was sent to then-FBI chief Jim Comey. It detailed how the ex-secretary of state used her unclassified server system to conduct government business, thus exposing US secret intelligence information, and suggested that her entourage and other government officials were aware of that the entire time.

In addition to this, the whistleblower, who, according to the document, had served in the Armed Forces and the Department of State for many years, provided specific recommendations as to who the bureau needed to interview in order to get further evidence and expressed willingness to testify before the agency officials having "certain TS/SCI clearances".

After sending the letter on 10 January, the individual in question personally visited the FBI's premises in Washington on 27 January 2016 to find out whether the exposé reached its destination and provided his credentials to intelligence officers.

An FBI report describing this visit was written only a month later, on 22 February 2016, with copies sent to FBI agents Jonathan Moffa and Peter Strzok. The rest is history: on 5 July 2016 then FBI Director James Comey announced that no reasonable prosecutor would bring a case against Hillary Clinton for the emails.

Judging from the whistleblower's credentials, knowledge of the matter and the provided evidence, his letter was worth examination and required certain investigative activities, argued CIA veteran Johnson and Wall Street analyst Ortel in their op-eds.

"Failure by Comey to even interact with the whistleblower in January 2016 stands in stark contrast to anti Trump efforts launched by the FBI before, during and after the 2016 election", says Charles Ortel. "Moreover, decisions to let Hillary Clinton and others off for mishandling classified information also appear deeply suspicious."

It appears strange that the bureau declined to learn more from the whistleblower given that it had started investigating the Clinton email server on 10 July 2015, according to the analyst.

"Then, when the determined whistleblower followed up by visiting the FBI Washington Field Office later in January 2016, why did it take so long to write an internal FBI report explaining what happened and what the concerns were?" asks Ortel. "More recently, did US Attorney John Huber examine the whistleblower materials? If not, why not? And, is John Durham evaluating all relevant records? I certainly hope so." 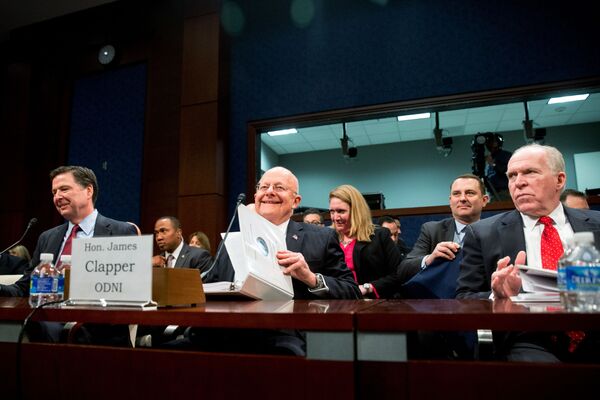 Apart from investigating the Clinton email case, Jim Comey also started to look into the Clinton Foundation in January 2016, exactly when the whistleblower filed his complaint, the Wall Street analyst notes.

According to Ortel, who has been conducting a private investigation into the Clinton Foundation's alleged fraud, the charity supposedly worked as a vehicle in the Clintons' "pay-to-play" operations with foreign governments. Hillary's unsecured email server potentially could be used to conduct this business while avoiding the Freedom of Information Act provisions since the FOIA requires the full or partial disclosure of the United States government's documents upon request.

The FBI has an almost two-decade record of overlooking the Clintons' questionable activities and their charity's messy financial documentation under former FBI directors Robert Mueller (2001 – 2013) and Jim Comey (2013 – 2017) and later on, according to the analyst.

The aforementioned State Department whistleblower was not the only one who has stepped forward to report the Clintons to the US authorities. 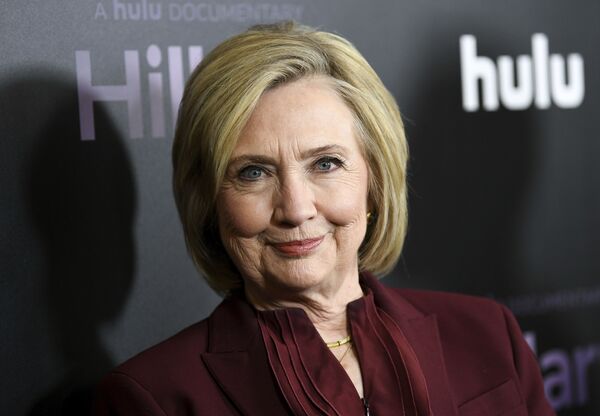 How High Political Offices Were 'Monetised'

The FBI's alleged cover-up of political power clans' questionable activities has not been limited to the Clintons and apparently involved the Department of Justice as well, Ortel believes.

"Going all the way back to 1992, the Clintons and their backers seem to have monetised high political offices to enrich themselves", he suggests. "Along the way, it seems likely that national security was compromised, and that other dynastic political families emulated the Clintons. The evolution of unregulated globalism and coordinated lowering of benchmark interest rates from 1988 forward created too many opportunities for oligarchs of all nationalities to exploit under-paid but powerful politicians, investigators, judges, and influence shapers."

The recent scandal surrounding the Bidens' alleged quid-pro-quo schemes involving foreign businessmen and officials has also triggered public debate over what some see as the FBI's inaction. Bombshell emails released by The New York Post came from the so-called "hard drive from hell", a copy of the one allegedly belonging to Hunter Biden's laptop.

The FBI has acknowledged that it has had possession of Hunter Biden's laptop for quite a while. It still remains unclear whether the "damning" messages, emails and photos circulated by The Post came from the original hard drive. If they did, the bureau's silence appears suspicious, according to the analyst.

"If President Trump wins re-election – a strong likelihood at this moment – Durham's major challenge will be to break the will of co-conspirators to fight at trials, rather than to negotiate guilty plea agreements", Ortel deems. "The public record strongly suggests that many once-powerful politicians and bureaucrats committed serious crimes. Managing through this will require airing lots of "dirty laundry". I hope President Trump and his team take the courageous decision to release information that implicates these traitors and details their crimes, little of which may shock thinking members of the electorate."