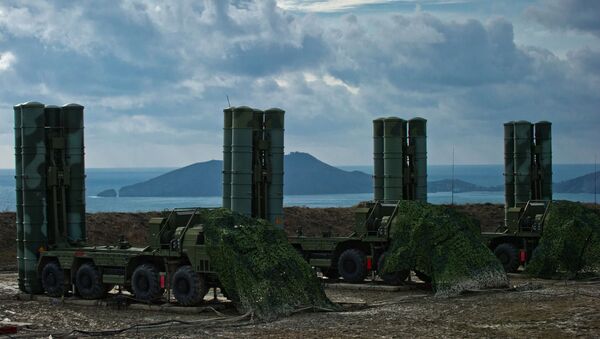 "The US Department of Defense condemns in the strongest possible terms Turkey’s October 16 test of the S-400 air defense system – a test confirmed today by Turkish President Recep Erdogan," Hoffman said. "We object to Turkey’s testing of this system, which risks serious consequences for our security relationship."

A similar statement was made last Friday by the US State Department.

Hoffman also reiterated Washington’s stance that "an operational S-400 system is not consistent with Turkey’s commitments as a US and NATO Ally."

Erdogan stated on Friday that Turkey will not have any consultations with the United States regarding tests of the S-400 air defense systems purchased from Russia.

Turkish Defense Minister Hulusi Akar confirmed on Thursday that his country had conducted testing of the S-400 air defense systems in Sinop, suggesting that the tests were simply scheduled work within the contract.

Since 2018, the administration of US President Donald Trump has introduced a number of measures to pressure the government in Ankara into canceling the S-400 purchase, including removing Turkey from the F-35 aircraft supply chain, despite the added costs to the program.

The United States has proposed buying the S-400s from Ankara, in a bid to break the deadlock. The Pentagon has claimed the S-400 is incompatible with NATO security standards and could compromise the operations of its F-35 jets.

Turkey has repeatedly vowed to activate the missile systems delivered by Russia over the summer of 2019, despite threats of sanctions by the US.