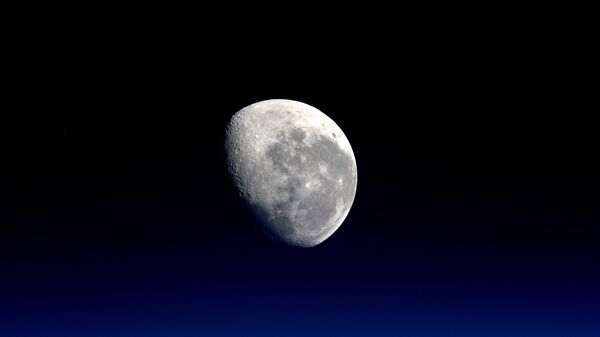 Svetlana Ekimenko
All materialsWrite to the author
Amid ambitious projects by the US to return humans to the Moon this decade, scientists have been particularly concerned over the potential dangers that future astronauts might face from space radiation.

A fresh study has suggested that future manned missions to the Moon need not worry that the astronauts will suffer detrimental consequences to their health from the radiation on the surface of the planet.

Though the Apollo missions of the 1960s and 1970s proved that it was safe for people to spend a few days on the lunar surface, their devices measured total radiation exposure on the journey rather than what they were exposed to on the Moon’s surface. 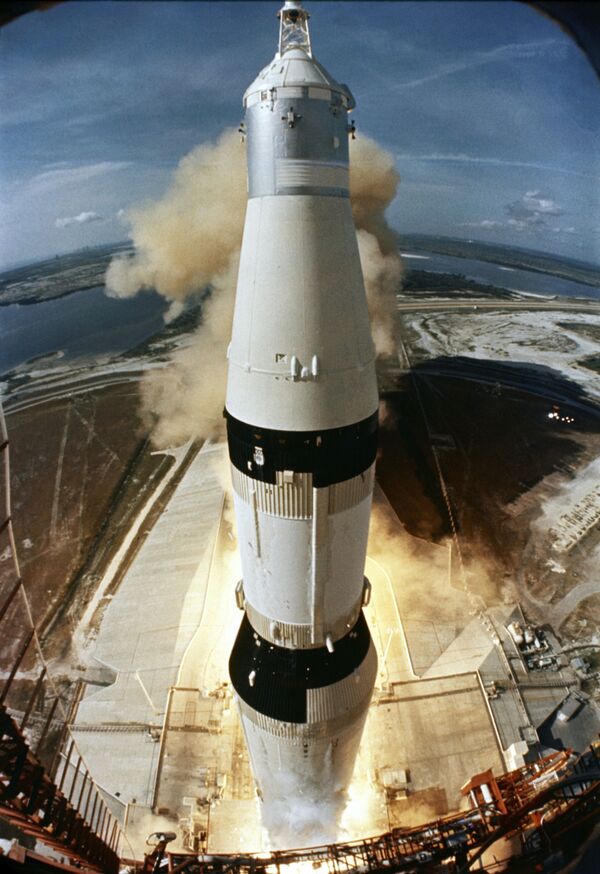 In this July 16, 1969 photo made available by NASA, the 363-feet Saturn V rocket carrying the Apollo 11 crew, launches from Pad A, Launch Complex 39, at the Kennedy Space Center in Florida.
© AP Photo / NASA

Since then, scientists have been at a loss to measure just how long astronauts could safely stay on the surface of the moon and what protective shielding future crews might require.

To estimate the potential radiation doses crews would be exposed to on the lunar surface, scientists resorted to “extrapolation and modeling,” according to physicist Robert Wimmer-Schweingruber of the University of Kiel, who has co-authored a new study which was published in Science Advances on 25 September.

“We’ve never actually measured them exclusively on the Moon,” he added.

A solution to this riddle was finally offered by China’s Chang’e 4 lander, which touched down in Von Karman crater on the Moon’s far side, carrying a suite of instruments used to conduct detailed measurements of the intense radiation blasting the lunar surface. 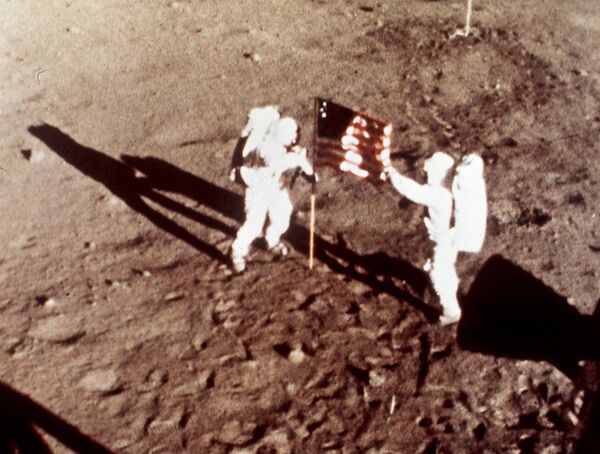 Apollo 11 astronauts Neil Armstrong and Edwin E. "Buzz" Aldrin, the first men to land on the moon, plant the U.S. flag on the lunar surface, July 20, 1969. Photo was made by a 16mm movie camera inside the lunar module, shooting at one frame per second
© AP Photo / NASA

On 25 September a Chinese-German team published the results of an experiment carried out by the lander in 2019 using a new dosimeter operated by the collaboration of scientists from Germany and China.

"The radiation of the Moon is between two and three times higher than what you have on the ISS (International Space Station)," co-author of the study, Robert Wimmer-Schweingruber, an astrophysicist at the University of Kiel was cited as saying by AFP.

"So that limits your stay to approximately two months on the surface of the Moon," he added.

More accurate details take into consideration radiation exposure from the approximately week-long journeys to the Moon and back.

The team involved in the study found that the radiation exposure on the Moon is 1,369 microsieverts per day, which is about 2.6 times higher than at the International Space Station (ISS). 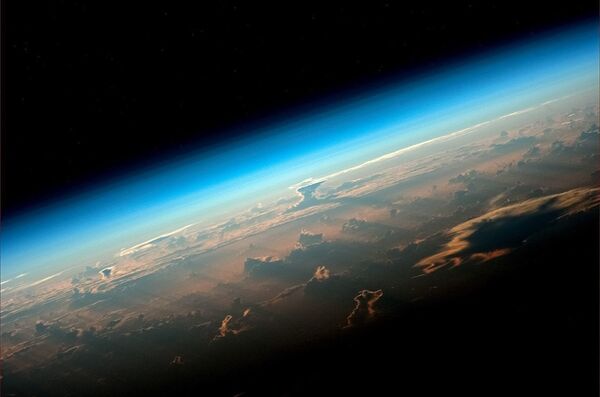 View of Earth from an ISS board
© Photo : Roscosmos/Oleg Artemyev

The reason for the difference in radiation exposure is explained by the fact that the ISS is still partly shielded by the Earth's protective magnetic bubble, or “magnetosphere”, which deflects most of the radiation from space.

"The radiation levels we measured on the Moon are about 200 times higher than on the surface of the Earth," added Wimmer-Schweingruber.

As for the sources of radiation exposure, there are several: galactic cosmic rays, sporadic solar particle events, such as from solar flares, neutrons and gamma rays from interaction between space radiation and the lunar soil.

The new study is particularly timely as NASA is planning to send humans to the Moon by 2024 in line with the ambitious Artemis mission. Its plans include a long-term human presence on the lunar surface.
Wimmer-Schweingruber suggested that habitats would have to be built offering a protective shield from radiation by coating them with 80cm (30in) of lunar soil.