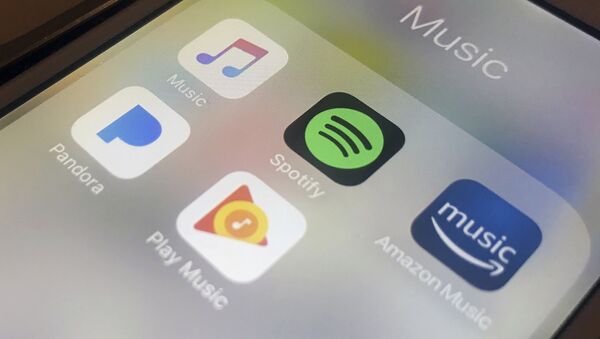 Muhammad Osman
All materialsWrite to the author
In May, Spotify signed a contract worth $100 million with American comedian and UFC colour commentator, Joe Rogan, to bring his ‘The Joe Rogan Experience’ podcast exclusively to the digital-streaming platform by September, including moving his full library, dating back 11 years. Spotify employees protested against some of the comedian’s content.

A group of Spotify staff in New York is threatening to strike in protest of the platform’s decision not to impose direct editorial oversight on the content of the Joe Rogan Experience podcast, MMA Mania reported.

Although some demands have already been met by the company’s management, including omitting multiple past episodes such as interviews with Milo Yiannopoulos, Gavin McInnes, and Alex Jones who are all considered far-right commentators, the workers remained dissatisfied, vowing to make a high-profile walkout or strike, according to the outlet.

The workers are reportedly demanding the company grant them the ability to edit or remove parts of future interviews in the recently bought podcast, or even ban the upload of whole episodes that would be considered problematic.

According to Digital Music News, the Spotify management rejected further demands by the staff, arguing that Rogan’s content does not violate any of the platform’s guidelines.

Spotify signed a multi-year deal with Joe Rogan in May this year. The exclusive arrangement, worth $100 million, included airing the podcast's 11-year library which, as of 25 September, has 1,541 episodes.

Announcement: the podcast is moving to @spotify! Starting on September 1 the podcast will be available on Spotify as well as all platforms, and then at the end of the year it will move exclusively to Spotify, including the video version. It will remain FREE, and it will be the exact same show. It’s just a licensing deal, so Spotify won’t have any creative control over the show. They want me to just continue doing it the way I’m doing it right now. We will still have clips up on YouTube but full versions of the show will only be on Spotify after the end of the year. I’m excited to have the support of the largest audio platform in the world and I hope you folks are there when we make the switch!