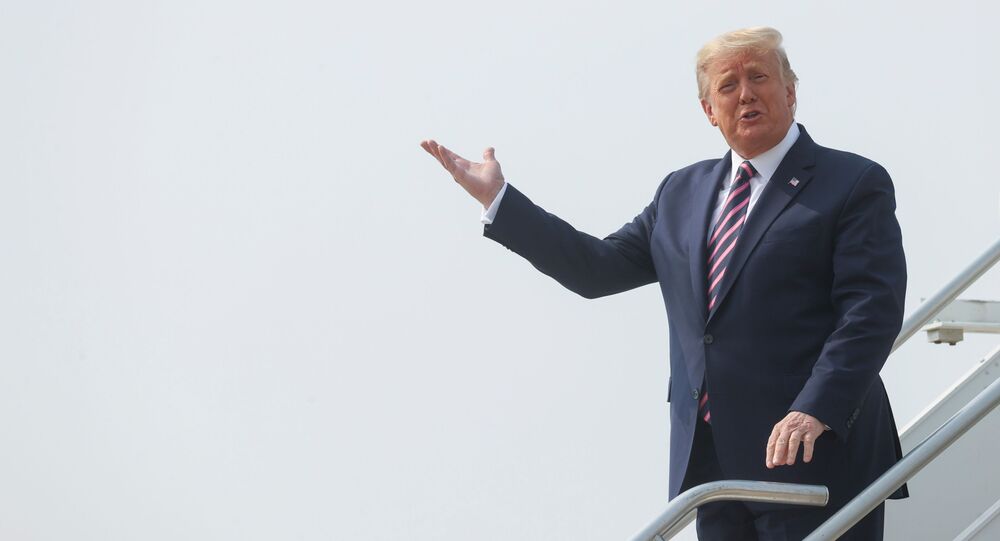 Rogan, who is famous for his harsh statements, said that there is "something wrong" with the former vice president and expressed doubt that he would last through the three 1.5-hour debates scheduled ahead of the November election.

President Donald Trump has agreed to participate in a debate with Joe Biden with podcast host Joe Rogan as a moderator.

Trump was replying to a tweet posted by UFC fighter Tim Kennedy, who said that during his latest podcast with Rogan, the latter offered to moderate a debate between the two presidential candidates.

Netizens rushed to comment on the post, divided into two camps: some of them were excited about the possibility, while others showed less enthusiasm.

Joe Rogan as moderator would definitely be a step up from anyone at CNN!

Many questioned Biden's ability to endure lengthy debates, apparently hinting at media reports about him losing his mental acuity and his frequent gaffes when speaking in public.

Joe Biden? The man who hides in his basement and ducks reporters? He’s gonna agree to a debate? HA!!!

You will be lucky for Biden to show up for the current debates. He would get crushed in 4 hours. In fact, I bet he would not even be able to stay awake.

We're supposed to believe that the guy who needs two hands to drink bottled water is going to go for a solid four hours without at least one juice and nap time break?

Other users expressed doubt as to whether Rogan, a former UFC commentator, would be good at moderating political debates.

He’s already asking for debates but I wouldn’t recommend doing one wirh Joe Rogan. I doubt either candidate knows anything about MMA or hard core Jersey style drinking. How about a real moderator who is... well... smart?

​In a podcast with Kennedy, Rogan offered a four-hour live stream with Trump and Biden so that "no one can edit it", adding, "I don't think Biden can handle that. I think Biden is — people get mad at me for saying this — I think there’s something wrong".