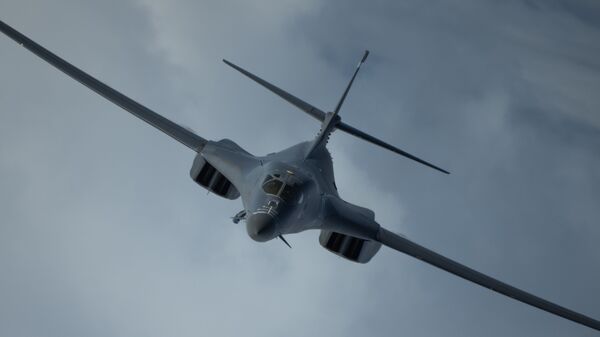 Morgan Artyukhina
All materialsWrite to the author
In the past year, the US Air Force has considerably improved the functionality of its B-1B Lancer bomber fleet, tripling the number of aircraft available for flying on a given day.

"On any given day, I probably can fly well over 20 of the B-1s," Ray told reporters during the Air Force Association's virtual Air, Space & Cyber conference on September 16, Military.com reported. "[It's] probably six or seven months ahead of where we thought it would be.”

In February, the Air Force indicated in budget requests its desire to save costs by sending 17 of the worst-condition Lancers to the “boneyard,” a long-term storage location for aircraft, which would reduce the Lancer fleet to just 44 bombers.

As Sputnik has reported, the Air Force has changed the Lancer’s role several times over the course of its 40-year life. The plane was originally designed for low-altitude, supersonic dashes into enemy territory to deliver a nuclear attack, but after the end of the Cold War, the Lancers were reimagined as gigantic close air support aircraft, using their huge fuel tanks and bomb bays to loiter over the battlefields of Afghanistan, Iraq and Syria for hours as they waited to deliver airstrikes in support of US-allied ground forces.

Now, the Lancers are getting a third life as “missile trucks,” receiving modifications to carry a slew of long-range missiles that include anti-ship missiles and hypersonic weapons. Several Lancers have been dispatched to Guam in recent months, from which they fly maritime patrols over the South China Sea and Philippine Sea, where Chinese naval forces commonly drill.

The Air Force has dispatched Lancers to other places, too, part of its new mission to keep US adversaries on their toes by suddenly having US forces appear in unexpected locations.

"There is no better example of dynamic force employment than the Bomber Task Force capacity that we've been able to do in support of many, many countries and allies," Ray said Wednesday. "It's something we're going to absolutely continue to do."