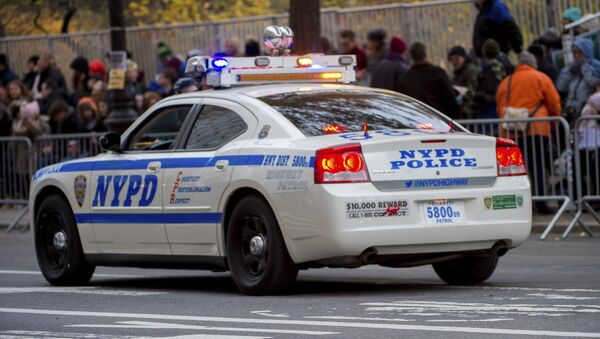 The criminal complaint, filed on Monday in the Eastern District of New York, claimed that, since August 2014, Angwang "did knowingly act in the United States as an agent of a foreign government, to wit: the People’s Republic of China, without prior notification to the Attorney General of the United States, as required by law."

The federal probe into the connection between Angwang, a Tibetan national, and at least two Beijing officials at the Chinese Consulate in New York determined that the cop, "while acting at the direction and control" of the Beijing officials, "reported on the activities of ethnic Tibetans, and others, in the New York metropolitan area to the Consulate."

Authorities claim the 33-year-old also "spotted and assessed potential ethnic Tibetan intelligence sources in the New York metropolitan area and beyond, and ... used his official position in the NYPD to provide Consulate officials access to senior NYPD officials through invitations to official NYPD events." The Department of Justice claimed in a September 2020 court filing that Baimadajie Angwang (far left) did "knowingly act in the United States as an agent of a foreign government, to wit: the People’s Republic of China, without prior notification to the Attorney General of the United States, as required by law."
© Twitter/NYPD111Pct

In addition to his role with the NYPD's 111th Precinct in the NYC borough of Queens, Angwang concurrently serves as a civil affairs specialist in the US Army Reserve.

He is also a former member of the US Marine Forces Reserve and served a total of three tours in Iraq and Afghanistan over his military career, according to a since-hidden Facebook post published by the New York Police Benevolent Association.

The NYPD officer now faces a slew of charges relating to wire fraud, acting as a foreign agent, obstruction of an official proceeding and making false statements.

Federal prosecutors have requested that Angwang be detained without bond, as he “presents a serious risk of flight," CNBC reported.

“As alleged in this federal complaint, Baimadajie Angwang violated every oath he took in this country. One to the United States, another to the U.S. Army, and a third to this Police Department,” NYPD Police Commissioner Dermot Shea told CBS New York.

“From the earliest stages of this investigation, the NYPD’s Intelligence and Internal Affairs bureaus worked closely with the FBI’s Counterintelligence Division to make sure this individual would be brought to justice.”

If convicted of all charges, the 33-year-old faces a maximum sentence of 55 years in prison.